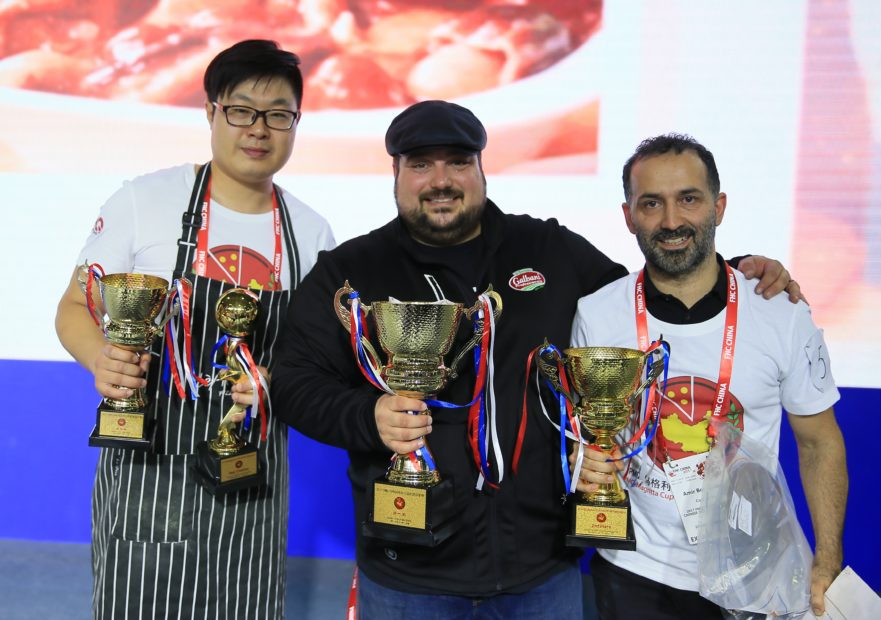 Michael LaMarca, the CEO of Northern Ohio’s Master Pizza franchise, and captain of the United States Pizza Team competed for the third straight year in the Chinese Pizza Championship. The third time proved to be the charm, as LaMarca took home a first place finish with a Detroit style version of his award-winning Popeye pizza.

“We introduced the Detroit Pan Style Crust in our stores about two months ago. Our customers seem to be loving it so I wanted to give it a shot in a competition and see what people thought of it,” explained LaMarca.

It proved to be a winning formula as the pizza master wowed the judges, who awarded him top honors over a whole slew of international competitors.

"This is a very humbling experience. It is always special when you win, but this one is very special because it is not every day that you get a chance to introduce an American style of pizza to a whole new crowd".

Taking second, was the Swedish pizza master Amir Bozaghian. A much-decorated competitor, Bozaghian is the founder of the Vezzo Bar E Ristorante chain in Sweden.

Third place was won by China He Liu, who brought the skills and authentic Italian cuisine experience he honed from growing up in the West back to his native China.

Each year, FHC Food Show is held in Shanghai, China. In addition to the being the largest food show in China, FHC also plays host to a number of competitions, including the long-running Chinese Pizza Championship hosted by PMQ China.