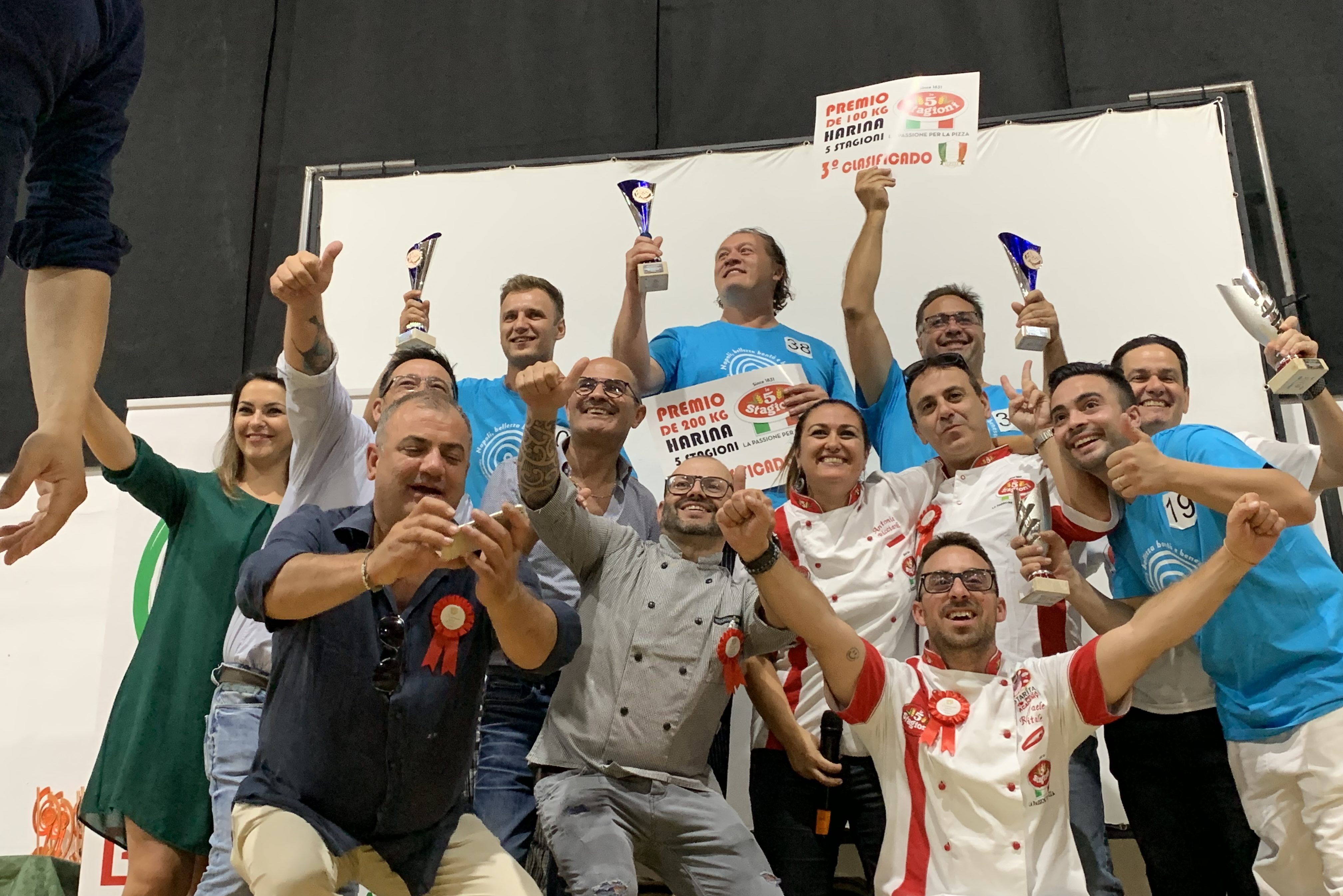 “I had a great time touring Spain, meeting new friends, and watching one of them cook a whole lamb,” Dempsey said. “I especially enjoyed the experience of competing at the 5° Pizza por Pasión event. The world is a big place, but these competitions seem to make it a little smaller through pizza.”

The yearly event is organized by Antonia Ricciardi, President of the University of Italian Pizza in the World and took place at the Sabores de Nuestra Tierra (translation: Flavors of Our Country) trade show. Competitors participated in the culinary and pizza skills categories. Culinary categories included Classica, Peel and Pan. Skills categories included Fastest Pizza Maker, Largest Dough Stretch and Freestyle Acrobatics. The competition is an official selection round for the World Pizza Championship in Parma.

Panino’s Pizza took home two awards in the Classica division. Brunetti received 1st place for his Tequila Lemon Cream Prawns pizza, spotlighting flavors from both the U.S. and Spain. Using tequila as a base, Brunetti created a cream sauce that featured both green and yellow lemons. Third place went to Rago for his Polenta Boscaiola pie made with Galbani mozzarella, Italian sausage, guanciale and polenta. Rago topped it off with five types of oven-roasted mushrooms, fresh chives, smoked burrata and Spanish olive oil.

“The biggest challenge was waiting for my turn to compete and making sure that my dough would not over-rise.” Brunetti says, “Wondering if the ovens we would use had any cold or hot spots and figuring that out before my pizza went in was the most difficult part. The rest is just pizza.”

The USPT competes all year-round in various culinary and acrobatic trials across the country. Winners of each trial in the U.S. earn a trip to compete on the international stage in competitions around the world.