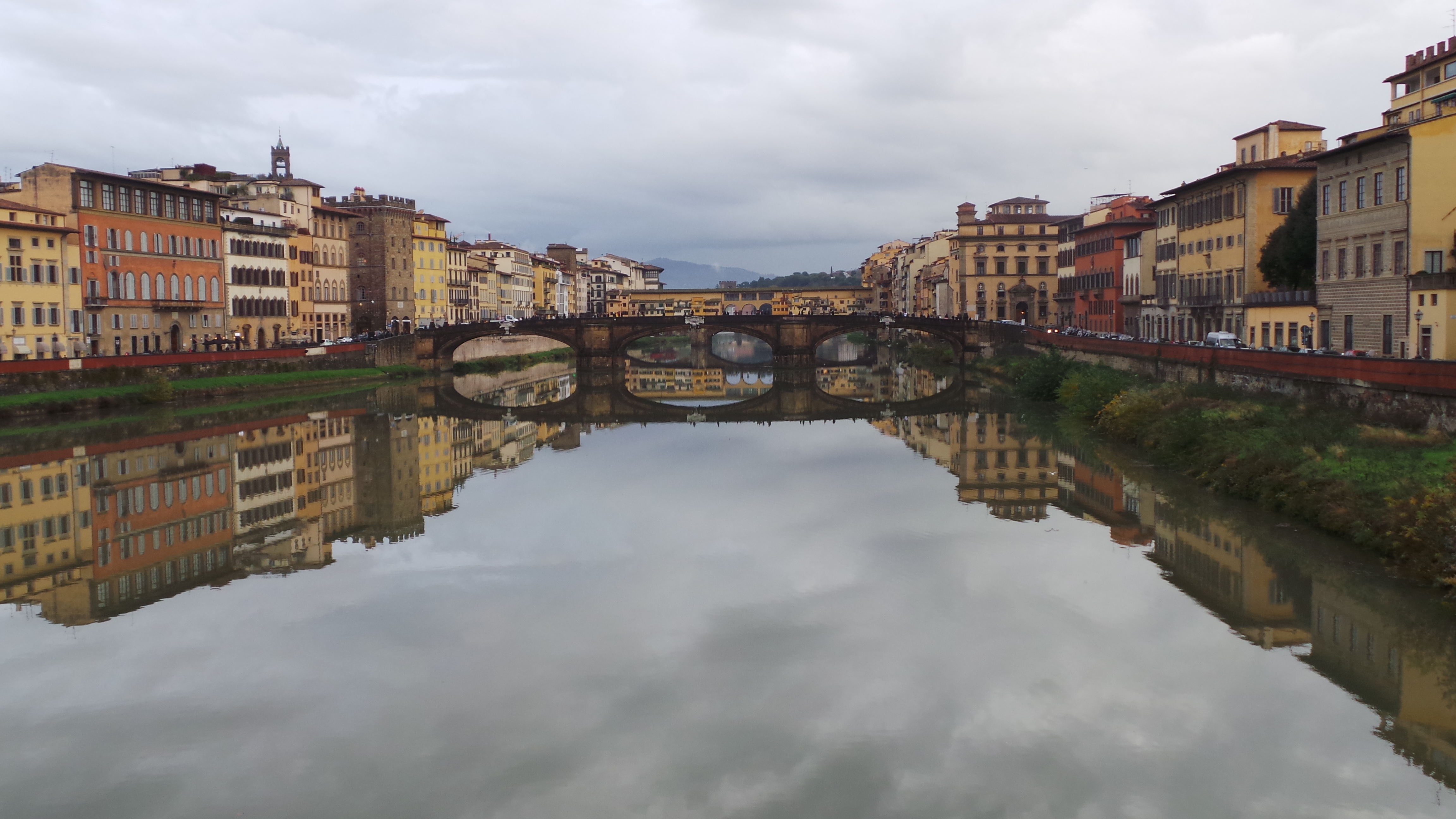 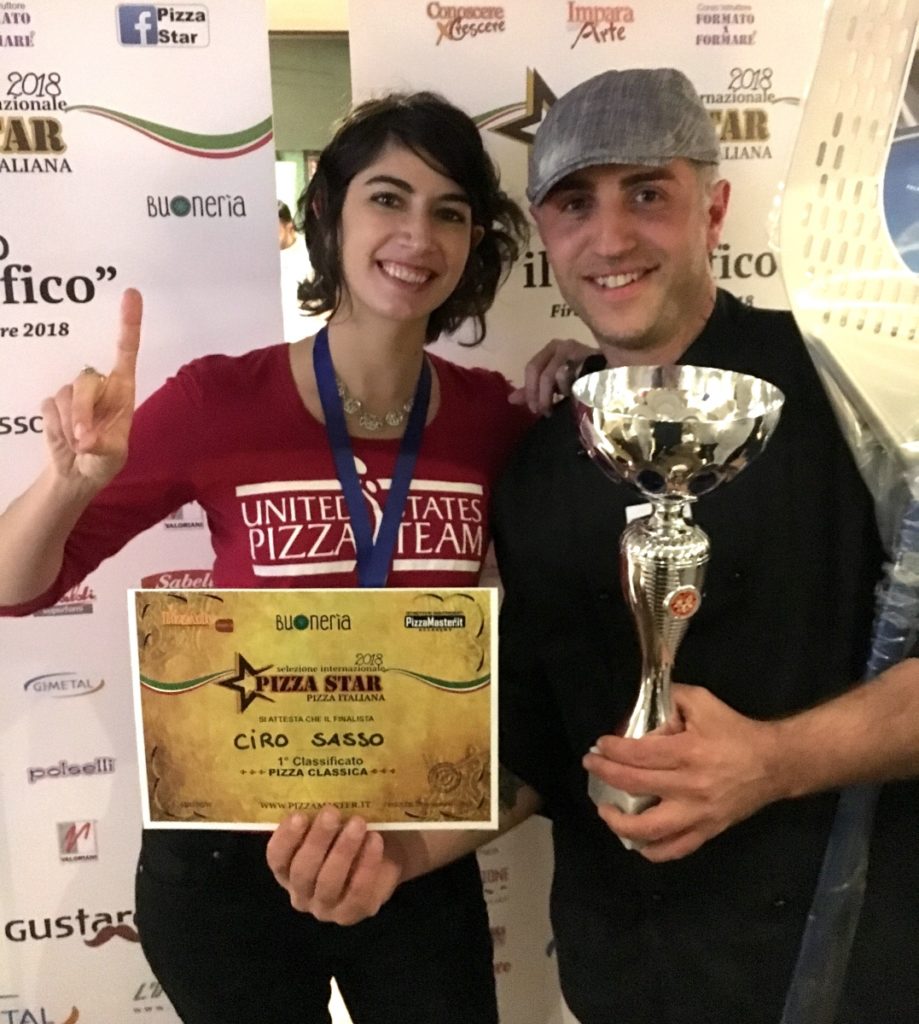 Florence, Italy – Naples-born Ciro Sasso took 1st place in Classica at the Pizza Star competition November 27th at pizzeria Buoneria in Florence. Competitors came from all over Italy – and some from Switzerland – to compete in two different competitions with 11 categories in total. Both the Pizza Star Competition and il Magnifico Trophy were organized by Angelo “Lucullus” Petrone and PizzaMaster.it.

Pizza Star is one of the few competitions in the world that gives high point value to the beauty of a pizza. Petrone, president of the PizzArte Academy in Pisa, uses competitions to advocate artistic innovation in pizza making. Petrone often incorporates dance, song or other live performances to add an artistic touch to his competitions.

Below: Tania Petrone, daughter to Angelo, leads all the participants in a pizza song.

Pizza Star is a two-part competition where participants are challenged to make a pizza that is both beautiful and delicious. The first round takes place in September when competitors send in a picture of their pizza to be judged by an online panel. The top 5 finalists are invited to the finals in Florence to recreate the pizzas that were chosen based on their photographic merits. 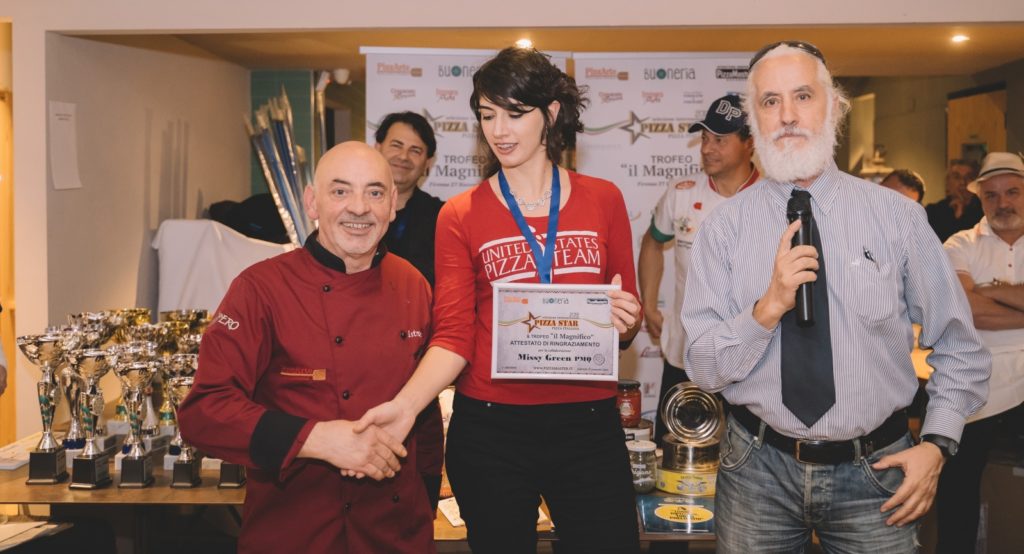 “Pizza is diversifying in Italy,” says Petrone, who has been working with innovative pizza for years. “When I began making pizzas at 16 years old, there were only a few types of pizza. People thought I was crazy for putting tuna on pizza, but now you can find it everywhere. Finally Italy is embracing innovation – without forgetting tradition.”

Some of the most bold pizzas included toppings like octopus, edible flours, purple potatoes or dehydrated eggplant. 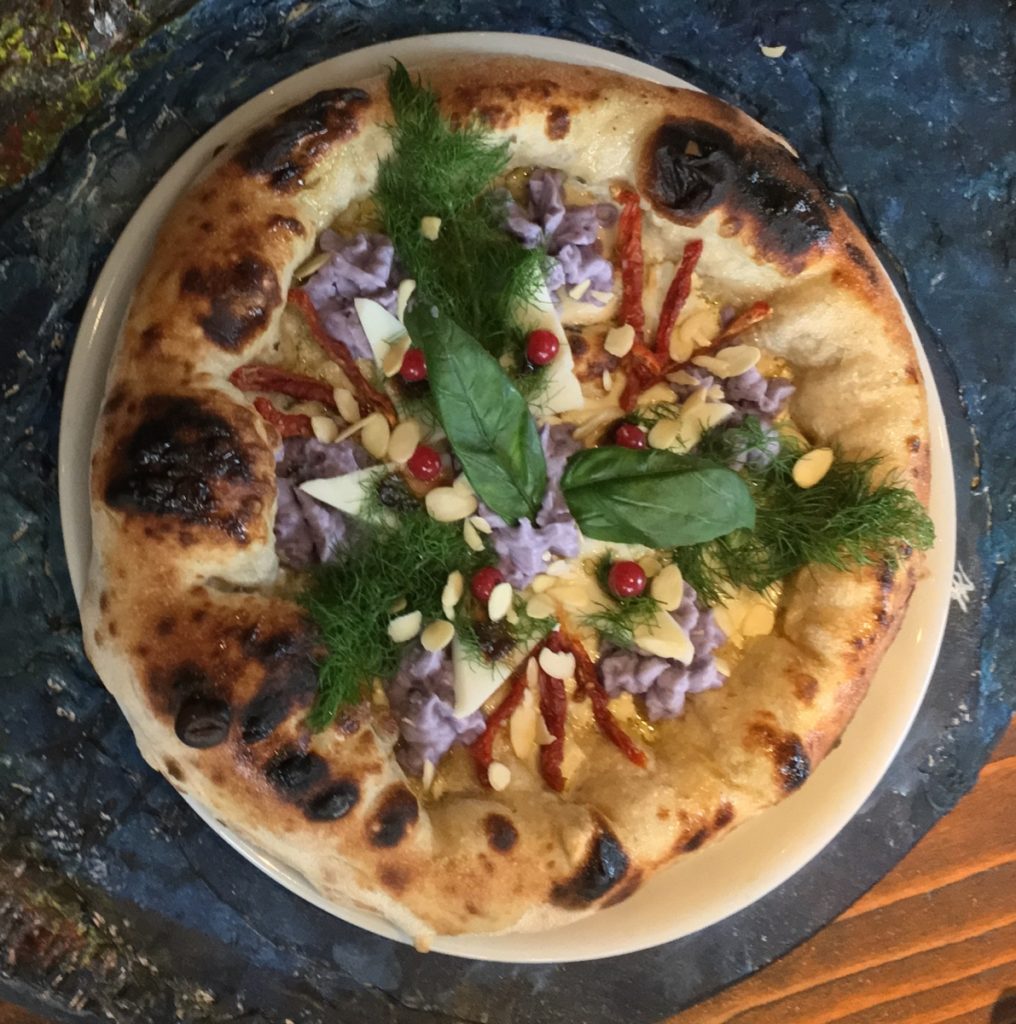 Sasso agrees that pizza in Italy is witnessing a boom in innovation, with a focus on “alternative flours like those with hemp, turmeric or spirula.” Sasso’s winning pizza (left) consisted of a five-grain saffron crust topped with asparagus cream, purple potato pecora ricotta and pumpkin marmalade. “I travel to all the national and international competitions on behalf of Mungai di Napoli,” says Sasso.

This pizza was innovative, but the most unusual pizza Sasso ever made, he says, was at the European Pizza Championship in London, where he put Japanese green tea matcha in the dough.

In addition to the Pizza Star Finals, winners of il Magnifico Trophy were selected. The Il Magnifico Trophy competition was open to everyone who entered (unlike Pizza Star) and included categories of Classica, Gourmet, Alternative, Pala, Acrobatics, Largest Dough Stretch, and Fastest Pizza Maker.

Winners of the il Magnifico Trophy

PizzaMaster.it would like to thank all participants and collaborators including the management at Eleva Group- Buoneria for their availability, guests, guests, speakers and those from the press including Missy Green (PMQ) Marianna Iodice (Ristonews) Enrico Famà (Ristorazione Italiana) Marianna Somma, and Ersilia Cacace. A special thanks to Emcee Enrico Bianchini, Francesca Ferrari, Elisabetta Failla, Alessandra Bedendo (icatfood) Danilo Pagano, Giuseppe Lapolla, the staff and Angelo Petrone-Lucullus. Pizza Star and the Magnifico Trophy are made possible with the support of the following sponsors: Polselli, Gustarosso, GiMetal, Valoriani, L’impero, Sabelli, Aringhieri, Cirigliano, Rinaldi, IcatFood with the Angelo Parodi brand.