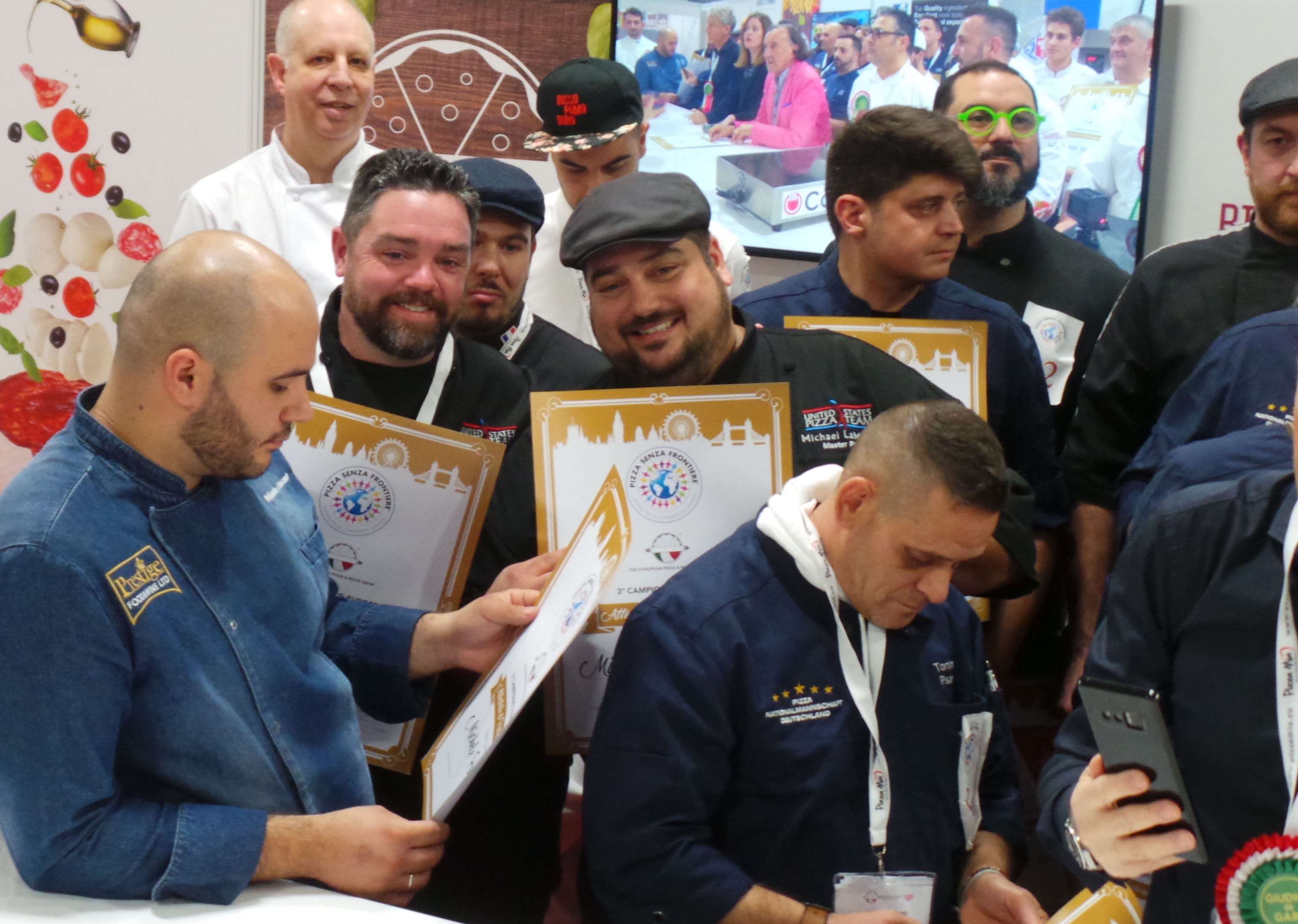 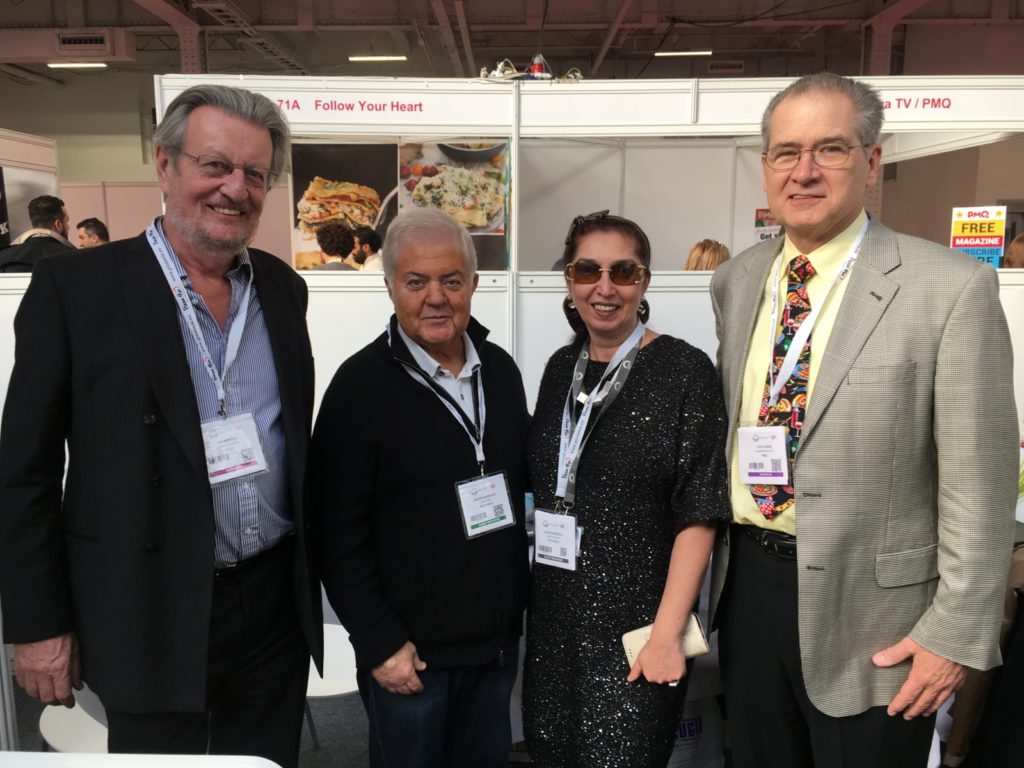 In an exploratory mission, PMQ staff and 2 members of the U.S. Pizza Team, Dave Sommers and Michael LaMarca visited The European Pizza & Pasta Show in London to exhibit and compete November 13-15.

In only its 3rd year, the trade show had a number of key vendors in attendance. The European Pizza & Pasta Show is rapidly growing to become a major player in international pizza shows. The expo is coordinated by IPR Events London in collaboration with PAPA – the Pizza, Pasta and Italian Food Association.

The pizza competition was organized by the association Pizza Senza Frontiere in collaboration with the Italian pizza magazine Ristorazione Italiana. 45 contestants from France, England, Italy, Sweden, Germany, and the US. Pizza competed in Pizza Classica. The event was the final competition after several national trials within Europe. 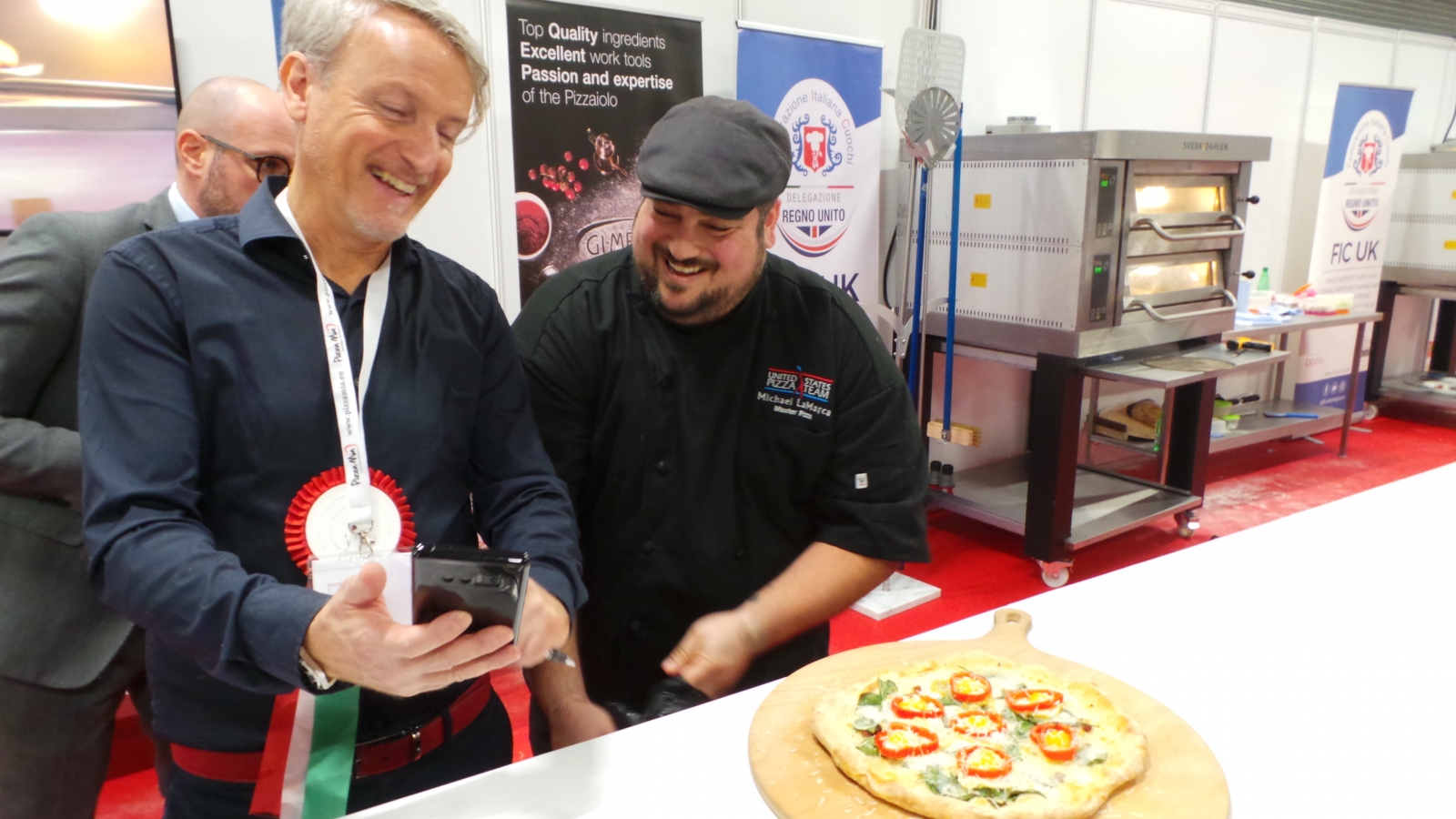 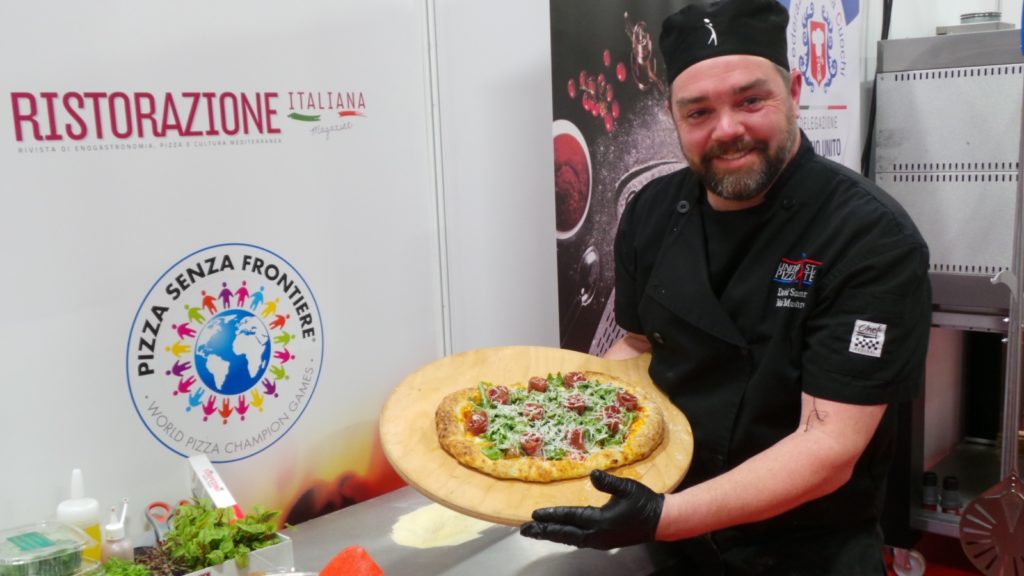 Also representing the U.S. was Michael LaMarca (left in cap), owner of the multi-unit Master Pizza in Ohio and pizza champion title holder. LaMarca put a highly experimental pizza to the test with a bacon, spinach and fried quail eggs pizza. LaMarca’s dough didn’t perform has he had hoped, but he was satisfied with the taste. “The judges loved the flavors and said it reminded them of English breakfast! …. I just have to execute it better next time. 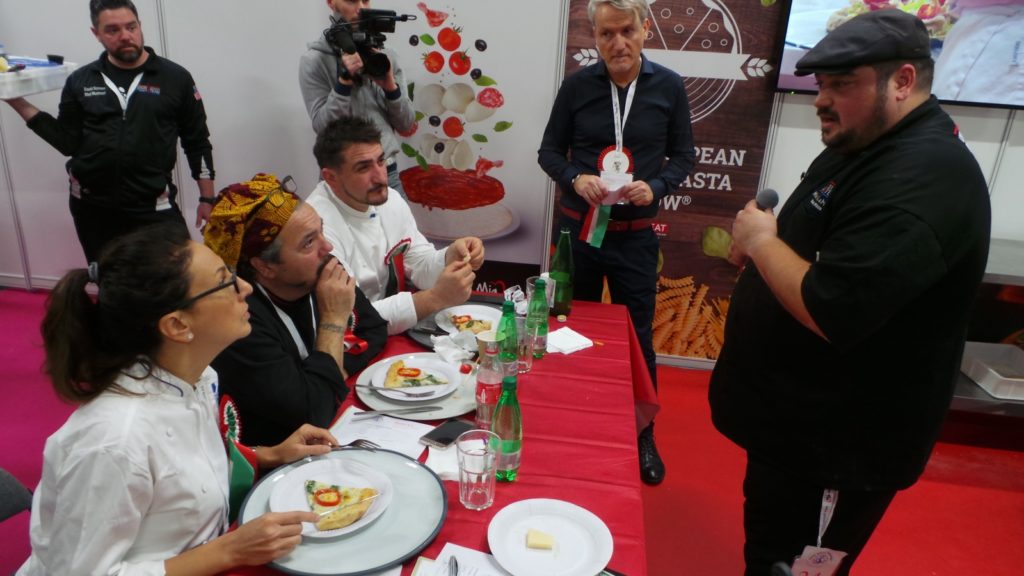 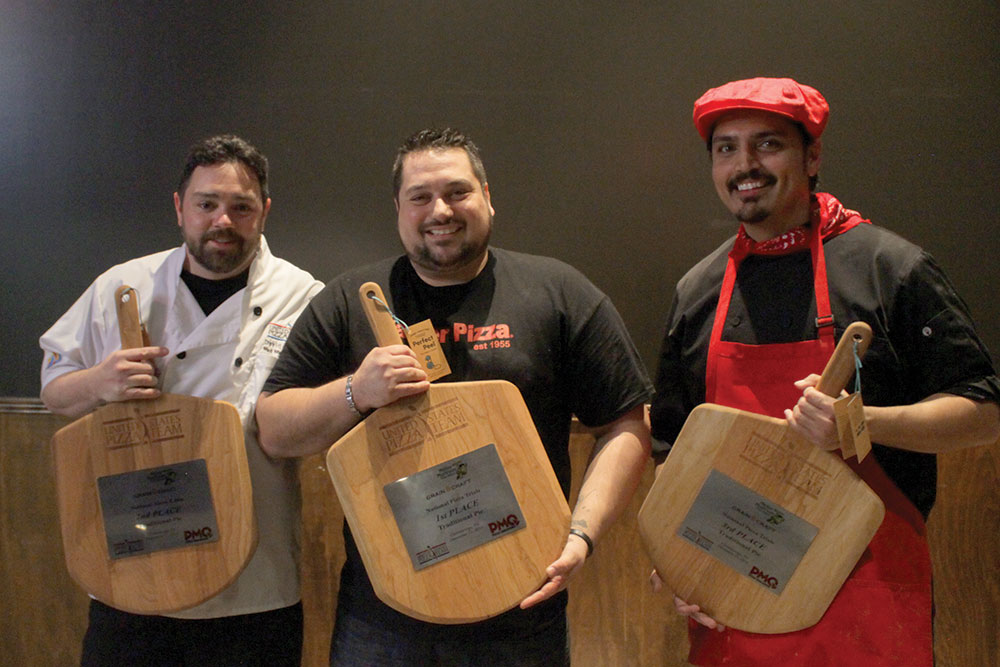 During their stay, team members also found some time to see the sites and enjoy the English atmosphere. 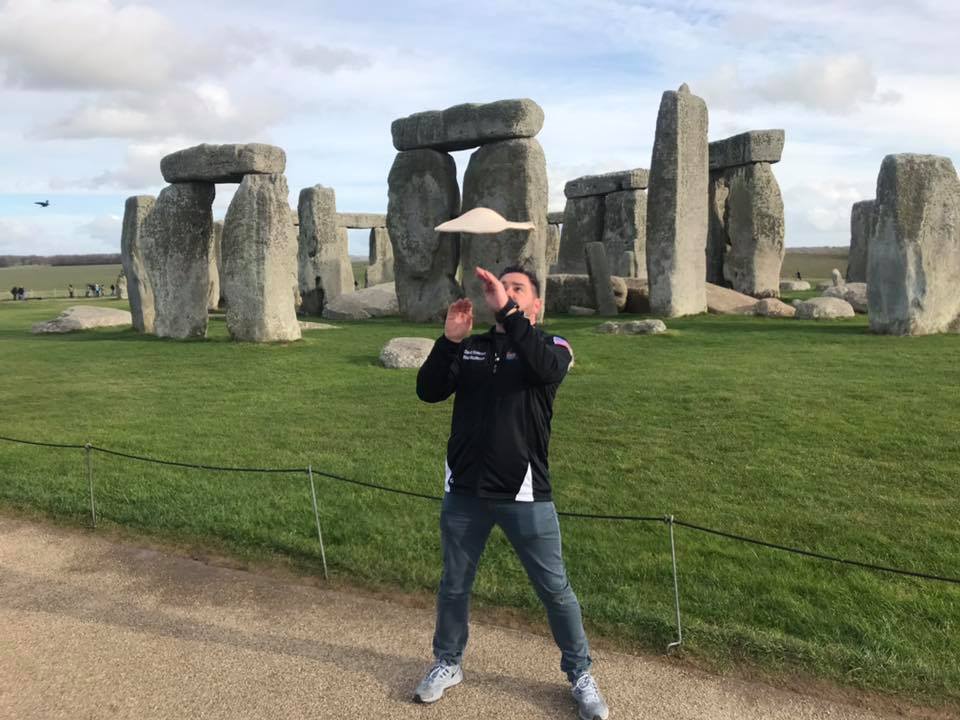 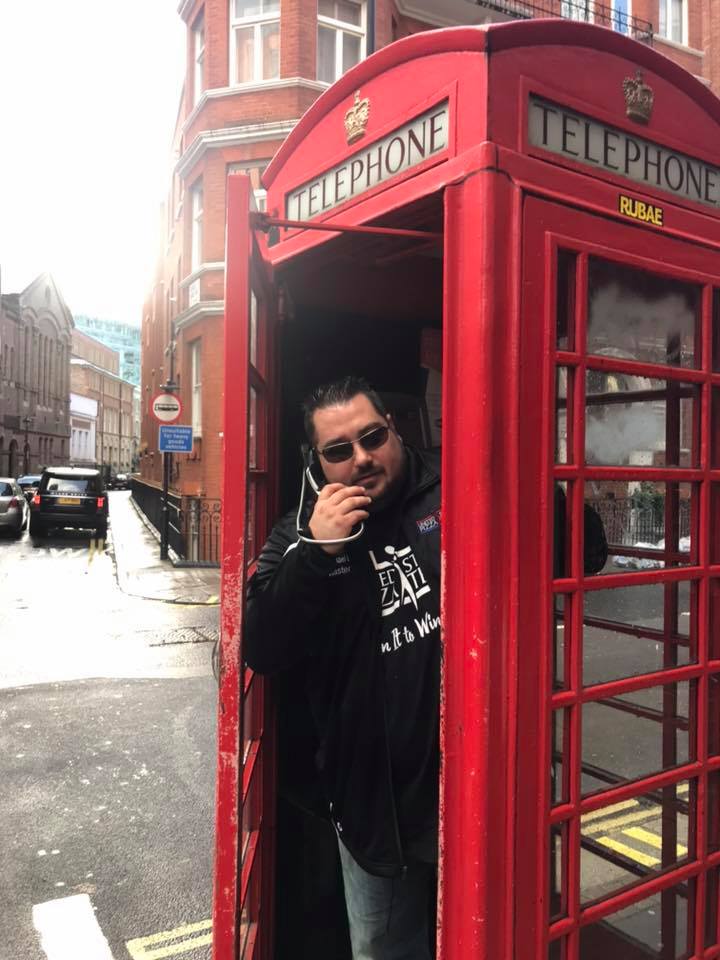 “The London competition was professional and well-organized. We’ll be back next year to represent the U.S. Pizza Team,” says Sommers.