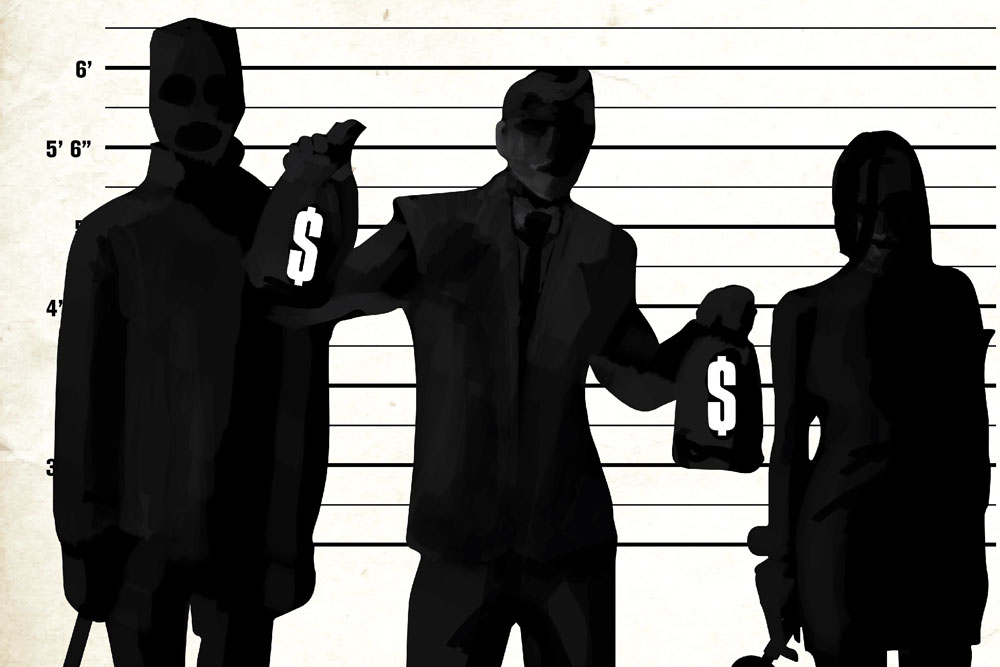 Your employees may not be robbing you blind, but so-called petty crimes add up to big losses for pizzeria owners. According to the Restaurant Loss Prevention & Security Association (RLPSA) in Roswell, Georgia, the average price of employee theft is between 4% and 6% of overall food cost—and there are many ways in which an employee can finagle the cash from under your nose.

In fact, Michael J. Rasmussen, owner of Rasmussen Tax Group and a former columnist for PMQ, often shares with his clients a list titled “101 Ways to Steal From a Restaurant,” including methods perpetrated by servers, bar staff, outside parties, and those with total system access, such as managers. “Independent and single-unit operations without cameras or accountability are at the highest risk,” Rasmussen warns. “The fact is, it’s not whether there’s stealing, but how much. The question is, do you have systems in place to prevent it?”

What actually counts as theft? “The criteria for determining exactly what constitutes theft will vary in some respects,” notes Amber Bradley, executive director of the RLPSA. For example, some employees may eat the restaurant’s food without paying, even when the restaurant offers an employee discount. In another example, an employee may bring extra food or drinks to their friends’ or family members’ table. If the employee’s really sneaky, the stolen food may be disguised in to-go bags to make it look like leftovers.

There are also several methods for stealing cash. A prevalent type is called “short ringing” or “edit-downs”—when a customer orders a $9 drink, but the employee rings it up as a $6 drink. The employee still charges the full $9 and keeps the remaining $3. Another method for stealing food and cash simultaneously: Serve a customer food and take payment, then void the entire order from the register and pocket the cash. Similarly, a “bad order” occurs when the server voids an order as if incorrect, then keeps the cash. A fake “dine and dash” happens when a customer eats, pays cash and leaves, but the employee claims to the manager that the customer ate and left without paying. Cash theft also may occur when an employee takes money from a cash-paying customer without ringing up the sale in the register.

Hence, theft can entail everything from removing product from the pizzeria to eating on the job—or overportioning their own free or discounted meals. “I think tips or any cash are most commonly stolen,” Rasmussen notes. “Since 70% to 90% of restaurants’ sales are through credit cards each year, cash theft is less common. But if there’s not a POS system, or if operators are not reconciling their cash every day, that increases the opportunity. You have to account for every penny.”

Additionally, employees can alter tickets, adding an extra item and pocketing the cash, or reducing the order while accepting full payment. Some will carry food right out the back door—adding a box of steaks to a trash can and removing it outside, or walking out with a single steak in a pocket. And when two employees work together to steal, things get really tricky. For example, they can even “steal” labor if an employee clocks another in or out without him being present (common late at night). “It’s hard to get away from the extra portioning here and there, but that might add up to 1%,” Rasmussen notes. “The 4% happens when there’s intentional theft, when employees aren’t supervised.”

“Since 70% to 90% of restaurants’ sales are through credit cards each year, cash theft is less common. But if there’s not a POS system, or if operators are not reconciling their cash every day, that increases the opportunity. You have to account for every penny.”
—Mike Rasmussen, Rasmussen Tax Group

Ever heard the saying, “Opportunity makes a thief?” As Rasmussen reports, if employees don’t know they’re being watched, or there’s no daily system in place to monitor theft, they’re more likely to steal. Limit those opportunities by implementing the following practices:

1. Install video surveillance equipment. Bradley believes closed-circuit television (CCTV) is a helpful prevention tool, since employees tend to behave honestly when they think misdeeds are captured on video. “However, proper placement is paramount, and that will depend on the restaurant,” she explains. “Registers should always be covered by CCTV, as well as any computers used to key in food orders. It’s also a good idea to ensure the entire seating area is covered by CCTV, which allows management to review video to confirm any dine-and-dash claims, as well as the amount of food delivered to a table as compared to the actual order.”

Rasmussen notes employees might figure out how to get around video surveillance, but it’s still a helpful step. “Video is more for reviewing later, but it’s a deterrent when people understand you’re watching them,” he says.

2. Enact a perpetual inventory system. Rasmussen recommends using a POS system to minimize cash theft and errors. Also have employees participate in inventory counts so they know you’re aware of what’s in-house, and change up your method of counting every now and then to keep them guessing. Rasmussen even recommends tying bonuses to inventory; when a manager’s pay is directly affected by loss, he’s more likely to be vigilant (especially important for absentee owners).

For example, a 14-unit chain Rasmussen works with takes an inventory every night of top ingredients, and the owners monitor what was bought and sold to create variance reports. If the variance is over a certain threshold, managers are sent to investigate the problem—with the goal of finding out what kind of waste is happening and if there is any pattern.

3. Restrict employee access to the POS system. One common way to prevent employee theft is to limit authorization levels in the POS system, Bradley notes. For example, servers should not be permitted to void entire tickets; limit this action to managers. “An even better prevention method is to require two passwords—manager and server—to complete a void, which prevents managers from stealing cash as well,” Bradley suggests.

Rasmussen adds that most waitstaff will be accessing front-of-house portions of the POS system (allowing them to change tickets), but often only managers are allowed to access back-of-house details and make administrative changes. “Once an entry is made, you should have access restricted so only a manager can override or make changes,” he says.

“It’s a good practice to require each employee to have his own sign-in password or swipe card that tracks all of his activity when operating a register, and to require two people to be present when counting the day’s register sales.”
—Amber Bradley, Restaurant Loss Prevention & Security Association

4. Monitor cash-handling procedures. Rasmussen recommends segregation of duties: Have someone count the cash, another person make a deposit, and another (like an outside accountant) reconcile with the bank statement. “Restaurants must have strict cash-handling policies in order to prevent cash theft,” Bradley agrees. “It’s a good practice to require each employee to have his own sign-in password or swipe card that tracks all of his activity when operating a register, and to require two people to be present when counting the day’s register sales.”

5. Raise employee awareness. Bradley believes that making all employees aware of the controls in place is the most effective way to prevent losses. She offers the following examples: 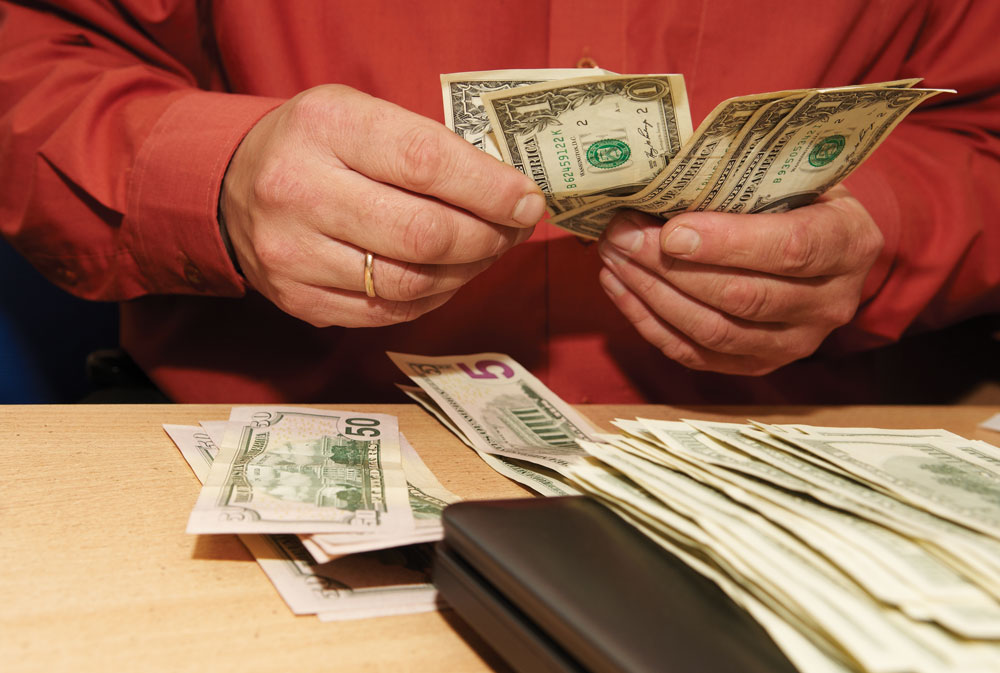 6. Set an example. Instill an honesty-driven culture in your business and create incentives for staff to hit goals. Rasmussen blames a “monkey see, monkey do” attitude among staff when owners themselves take product from the restaurant or eat free meals on the clock. “That sets the pattern for everyone else—if you do it, why can’t I?” Rasmussen says. “If you do eat at work, take cash out of your pocket and put it in the register. There’s no silver bullet, but sometimes you just have to think like a crook!”

Tracy Morin is PMQ’s senior copy editor and editor of PizzaVegan.com. This article was originally published in the April 2017 issue of PMQ Pizza Magazine.