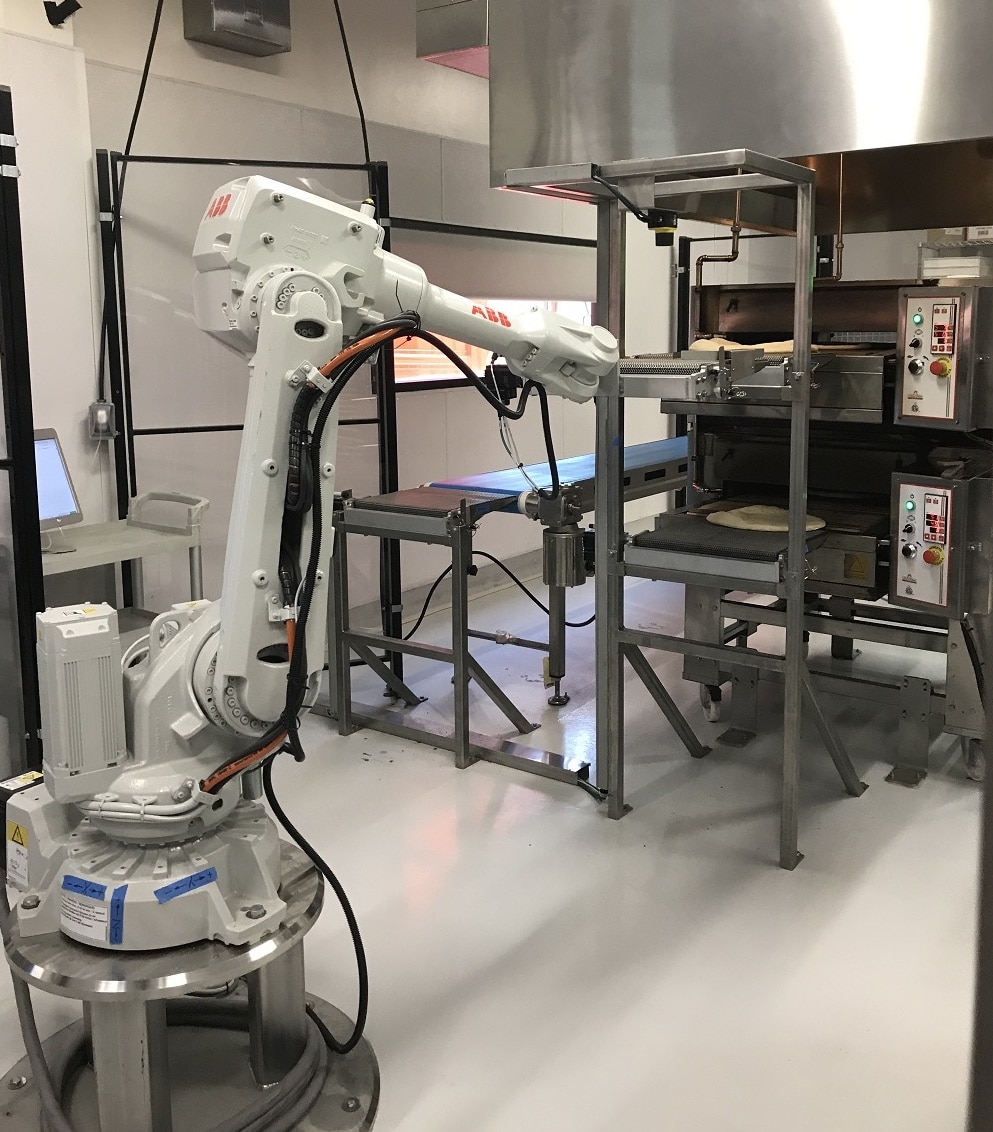 Vincenzo, touted as Zume's smartest pizza-making robot yet in June 2018, recognized when a par-baked pizza was ready to come out of the oven and moved it to a rack for later delivery.

Related: Why robots could save the pizza restaurant industry

The story of Zume, the Silicon Valley company that famously launched a pizza kitchen manned partially by robots in 2017, seemed to have an unhappy ending: Zume started backing away from its pizza-making robot model in late 2019 and laid off most of its staff in 2020.

But Zume’s robots haven’t ended up in some futuristic landfill. According to CNBC, the tech company has “recommissioned” its fleet of robots to make sustainable packaging, including takeout containers for restaurants. And considering that the sustainable packaging industry is projected to grow to $413.8 billion by 2027, that might have been a smart move.

PMQ Pizza Magazine featured Zume on its cover in the June-July 2017 issue. In addition to its pizza-making robots, the company developed predictive software that forecast what kinds of pizzas would be ordered on any given day, enabling the company to prepare a daily inventory using its robotic assembly line. The robots spread dough balls into 14” discs and squirted and spread sauce over each dough skin. Human employees then added the toppings, and another robot removed the pie from the make line and into a double-decker oven.

The pies were par-baked, then loaded by another robot onto a rack. Later, humans loaded the pies onto one of the company’s huge delivery trucks, each of which carried 28 ovens. A second algorithm pinpointed service areas where a high density of orders was likely to come from and told the drivers where to go. The drivers cruised around in those neighborhoods, and, as the orders came in, another human employee popped the par-baked pie into one of the computer-operated ovens on-board the truck. “By the time the truck arrives at a customer’s house, the pizza has usually just come out of the oven—at the most, it’s been out for only a few minutes,” PMQ reported in 2017.

This so-called “cobot culture” model was so revolutionary that Zume attracted $375 million in investment dollars from SoftBank in late 2018. But a year later, things were going awry. “One of the problems that we encountered in pizza was, our beautiful pizza—with no stabilizers in it—in a traditional box declined in quality from the time you cooked it until the time it was delivered, to the point that we didn’t think it was good enough,” Zume Chairman and CEO Alex Garden told CNBC.

To solve the issue, the company designed a new type of pizza box. Zume shut down its pizza delivery operation in 2020 anyway but not before creating a round, industrially compostable pizza box used by Pizza Hut in late 2019 for its Garden Specialty Pizza, which featured plant-based sausage from Incogmeato.

Zume’s pizza-making robots are now being used to press and mold agricultural waste into sustainable containers and other materials for leading brands to help them in their mission to eliminate plastic. Corporate giants like PepsiCo and Unilever, long under fire for using plastics that are bad for the environment, have set a goal to design 100% of their packaging to be reusable, recyclable, compostable or biodegradable by 2025. That’s where Zume’s bots can come into play.

Zume now operates a compostable packaging facility in Camarillo, California. On its website, the company says it’s dedicated to “replacing single-use plastics with 100% compostable, plant fiber-based products.” These products can be used in foodservice, healthcare and cosmetics as well as consumer goods.

Zume products designed for the foodservice industry include carryout meal boxes, bowls and beverage cups. They’re made of moldable fibers like sugarcane, bamboo, wheat and blends of various grass fibers.

“When you look at what you want your food containers to do, it’s not an exhaustive list: prevent leaks, water-proof, leak-proof, and with snap-tight container closure,” writes Vaibhav Goel in a blog on Zume’s website. He adds that, with Zume’s products, “all of these qualities are available in a cost-effective and ethically manufactured solution.”