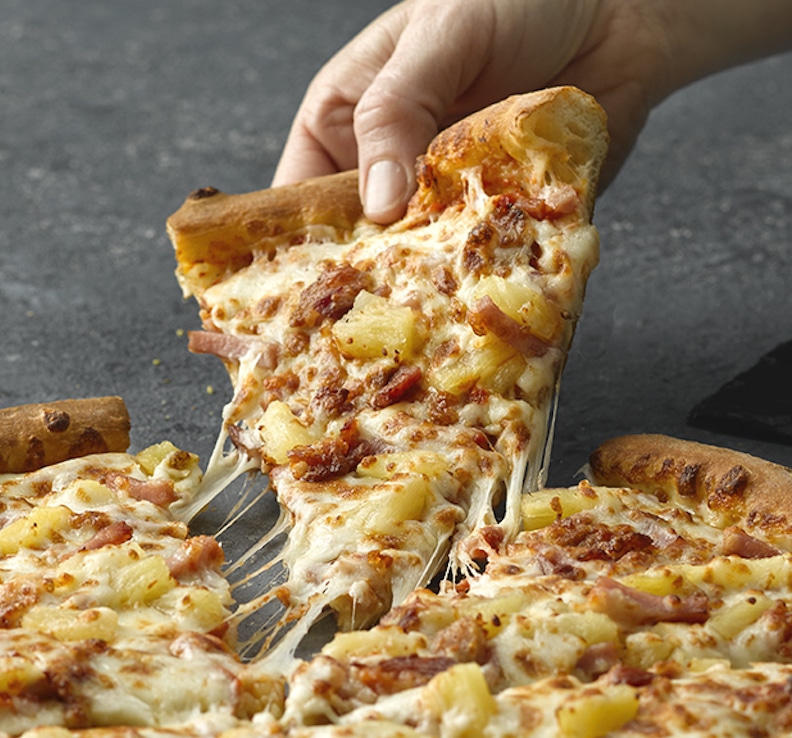 Papa John’s has finally settled the pineapple-on-pizza debate—at least, to its own satisfaction.

The company recently rolled out its new Super Hawaiian Pizza featuring pineapples from Dole. In addition to “tidbits” of pineapple, the pie comes topped with julienne-cut Canadian bacon, hickory-smoked bacon, a three-cheese blend and mozzarella.

Related: With John Schnatter out, Papa John’s is making a huge comeback

“At Papa John’s we believe that pineapple belongs on pizza,” said Paul Fabre, the chain’s SVP of product innovation. “Partnering with Dole makes sense because there is nothing more important or vital to our business and to earning our customers’ trust than providing high-quality food. This starts with how we source our ingredients, including Dole pineapple, which brings a rich sweetness to our pies.”

Papa John’s started feeling customers out about pineapple-topped pizzas on Twitter on National Pizza Day back in 2018, as Delish reports. The company tweeted out a survey asking followers where they stood on the controversy. The result: a 50/50 split with 3,219 votes. Not exactly an overwhelmingly positive response, but it was apparently good enough.

The Super Hawaiian Pizza is just the latest addition to Papa John’s rapidly evolving menu. So far this year, the chain has already introduced the papadia, a flatbread offering aimed at the lunch crowd, and the pepperoni-heavy Shaq-A-Roni. Papa John’s also introduced a new side, the Jalapeño Popper Rolls, in February.