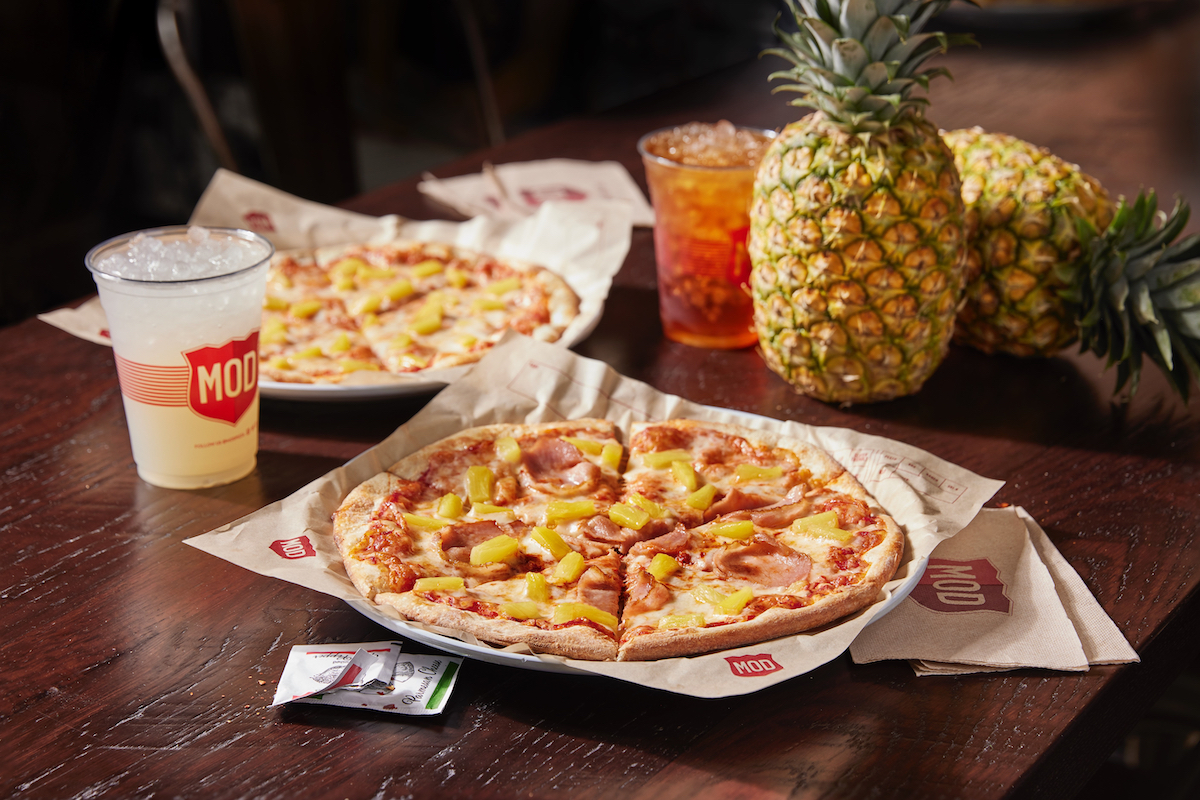 MOD Pizza is preaching a pro-pineapple gospel for National Pineapple Day on June 27.

The purpose-led, fast-casual pizza chain has chosen a side in the divisive pineapple pizza debate by offering free MOD-size pies to any customer who adds the topping at 20 select locations across the country. Those locations include three stores in Seattle, three in Portland, three in Los Angeles, three in Phoenix, three in Houston, three in Chicago and two in the Philadelphia area.

“At MOD, all pizzas are welcome—and that includes pineapple,” said Mark Shambura, CMO of MOD Pizza. “It may be one of the most controversial pizza toppings to ever exist, but we believe it’s important to take a stand. Love it or hate it, pineapple is here to stay!”

As one of the most controversial pizza toppings, many Americans feel passionately about whether pineapple belongs on pizza. According to a 2021 survey by Adobe, more respondents enjoy pineapple on pizza than those who don’t. In fact, almost half (44%) of U.S. adults actually like the topping, with 73 percent of people open to trying new combinations of toppings that include pineapple, beyond the traditional Hawaiian-style pizza.

In addition to the free pizza promotion, which runs from June 27 through June 30, MOD is offering a nationwide special $7 classic Hawaiian pizza (red sauce, mozzarella, Canadian bacon, and pineapple) for online and in-app purchases.

MOD isn’t the only pizza chain that has taken a bold stand on the issue. In September 2020, Papa Johns introduced its Super Hawaiian Pizza featuring “tidbits” of pineapple from Dole along with julienne-cut Canadian bacon, hickory-smoked bacon, a three-cheese blend and mozzarella. “At Papa John’s we believe that pineapple belongs on pizza,” Paul Fabre, the chain’s senior vice president of product innovation, said at the time. In 2018, the chain tweeted out a survey asking followers where they stood on the controversy. Out of 3,219 votes, about 50% said they were pro-pineapple.

A Canadian pizza chain conducted a similar survey in March 2020, with slightly different results. After Montreal-based Bacaro Pizzeria rolled out its Hawaii Five-0 pie, made with pineapple, bacon, ricotta and jalapenos, as a special at all of its 10 stores, the company asked customers to give it a thumbs-up or thumbs-down in a month-long online survey. Out of 5,000 votes, 53 percent voted to take the pie off the menu.

“I knew people had strong views on the subject but didn’t realize just how strong,” Bacaro Pizzeria chef Angelo Mercuri said at the time. “I never realized how passionate people could be about pineapple. Lots of arguments broke out.”