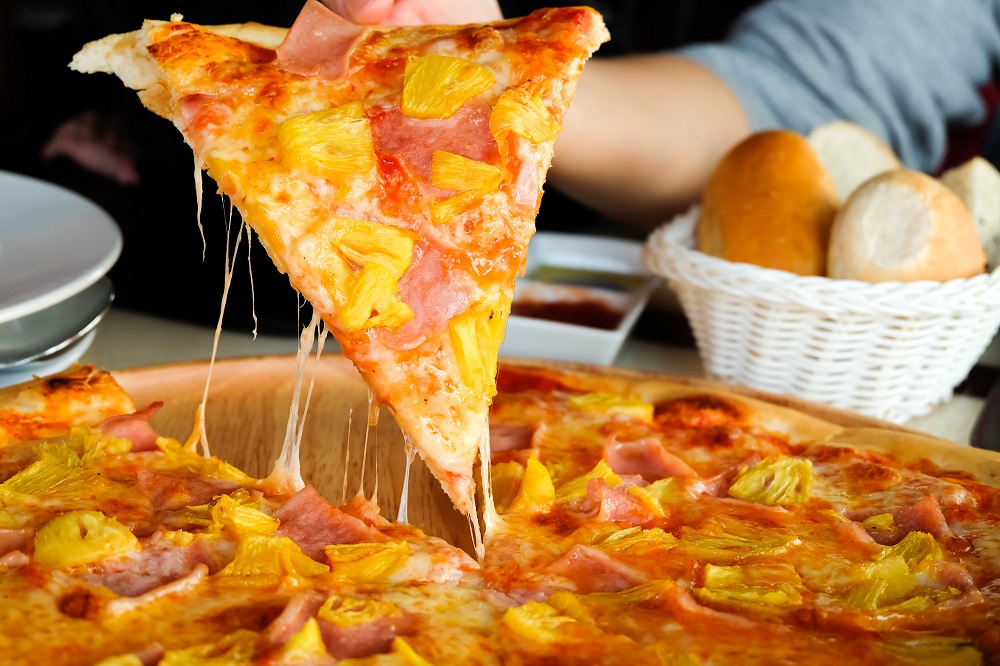 Just in time for National Pizza Day, a new survey by YouGov, a global public opinion and data company, shows that pineapple is one of the most divisive pizza toppings in the country—some of us love it, but more of us hate it.

The YouGov Omnibus data found that 12 percent of Americans who eat pizza say pineapple is one of their top three favorite toppings. People living in western states (including Hawaii) are especially likely to have a preference for pineapple-topped pies. There’s a generation gap, too—15 percent of pizza eaters between 18 and 34 are more likely to go for the tropical topping as opposed to 9 percent of Americans age 55 and older.

But 24 percent say pineapple is one of their least favorite toppings. Twenty-eight percent of Northeasterners and 28 percent of people age 55 and older are sour on the sweet fruit slices. 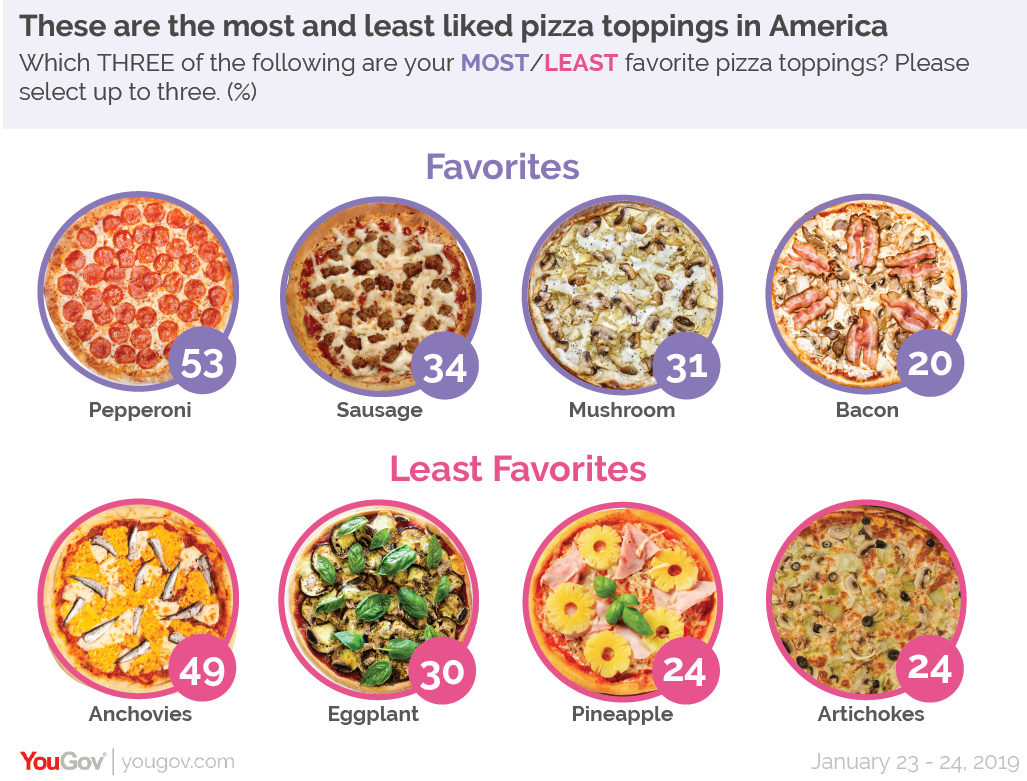 Pepperoni remains the most popular topping, with 53 percent choosing it as one of their three favorites, followed by sausage (34 percent), mushrooms (31 percent), and a tie between bacon and mozzarella (20 percent).