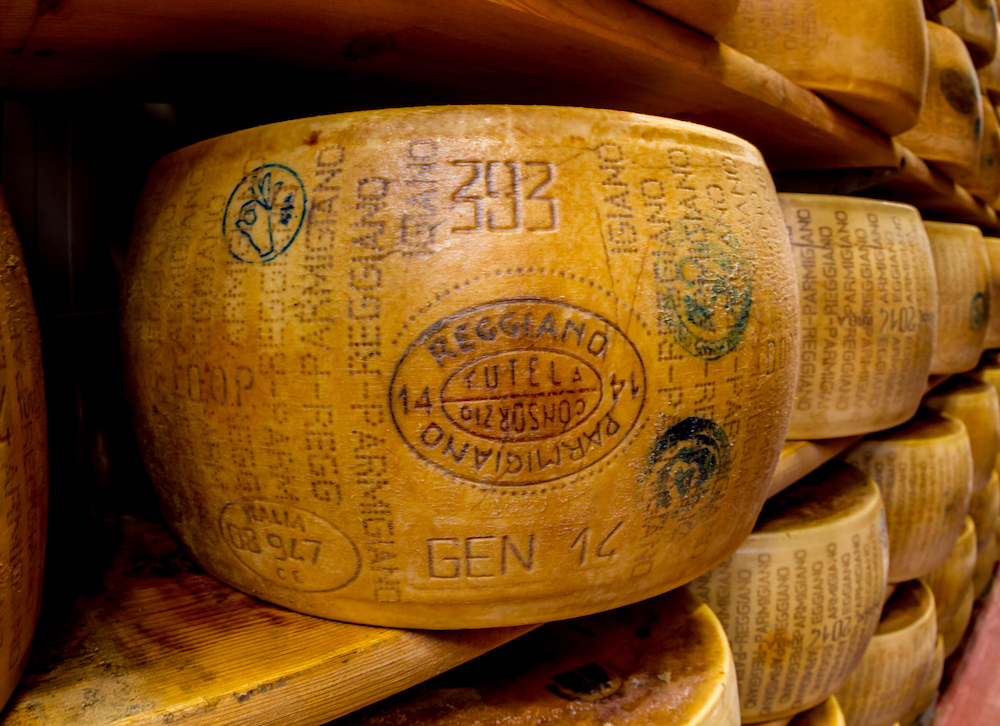 Related: Boost your pizza’s flavor profile with these 6 versatile cheeses

When it comes to cheeses, Mark “The Cheese Dude” Todd is a walking, talking encyclopedia. He’s a consultant for Dairy Farmers of Wisconsin, the California Milk Advisory Board and the U.S. Dairy Export Council, among others. And he has become PMQ’s go-to advisor on all things cheesy. In the January 25 episode of PMQ Live Update on Facebook, we hit him with more questions—this time about hard cheeses for pizza applications—and, as always, The Cheese Dude responded with generosity and candor.

PMQ: So what’s the best hard cheese out there?

Hard cheeses in Italy range from whole-milk cheeses like Asiago and Piave Vecchio to the part-skim cheeses like Parmesan. When you’re talking about hard cheeses, the milk content—whether it’s whole-milk or part-skim—will go a long way toward telling you how it’s going to perform and how to manipulate it, whether you shave it or grate it, and how it’s going to work in cooking applications. Parmesan and all of the Italian hard cheeses are in somewhat similar families, other than Romano, the sheep’s milk version. You have cheeses from northern Europe like Gouda, which is a gorgeous cheese when it’s aged. I’ve had it up to 25 years old, and it’s outstanding. It becomes quite butterscotchy and caramelly as it ages—literally dark brown like caramel. It’s almost like a dessert cheese. You have great American hard cheeses as well. California is famous for a cheese called dry Jack, a whole-milk hard cheese with a coating on the outside to seal the cheese.

PMQ: What makes Parmigiano-Reggiano special as compared to Parmesan cheese?

Todd: Parmigiano Reggiano is only made in Italy. It’s part-skim cow’s milk and has a higher protein/lower fat ratio. That makes it ideal for grating. When it’s perfectly ripened at 24 months, it has the overwhelming flavor of candied or dried pineapple.

There is a certain region in Italy, part of three different territories. If your cheese is made in that region, you can call it Parmigiano-Reggiano. It’s a protected name, so no one else but farmers in that region can call it that. There literally are farms in Italy where a line runs through the farm. The milk from cows on one side of the line goes into making Parmigiano-Reggiano. The milk from the other side of the line goes into Grana Padano.

Trentino is made identically to Parmigiano-Reggiano, but it comes from up in the mountains. Some say it’s even better. It all depends on your personal taste.

PMQ: What’s the difference between Romano and Pecorino Romano cheeses?

Todd: The difference between Romano and Pecorino Romano is like the difference between Parmesan and Parmigiano-Reggiano. Pecora means “sheep” in Italian. So Pecorino means sheep’s milk cheeses, which are very different from cow’s milk cheeses. This cheese comes from a specific area of Rome. It’s aged in a specific way for about five months. It’s fairly dry, and because of the way it’s made, aged and salted, it picks up a lot of flavor really quickly. At five months, it’s fully strong. It’s a very sharp cheese with a distinctive sheep’s milk flavor and aroma. It smells intense and sharp—or piquant—and that’s how it tastes, too.

If the cheese is made outside of that specific area in Italy or if it’s not made with sheep’s milk, it’s just Romano. Anyone can use the name Romano, but Pecorino Romano is a protected name. And if the Romano comes from the U.S., it’s cow’s milk. Guaranteed.

It’s all about terroir. It’s the flavor of place, tradition, the animals that make the milk. That’s why you go around the world and eat like me.

PMQ: How would you describe Asiago cheese?

Todd: Asiago has some of those same tropical fruit flavors as Parmigiano-Reggiano, but they’re not nearly as intense. It has more of a nutty flavor, like cashew or almond, and it has a bit of a floral bouquet.

PMQ: What are some of the lesser known or lesser used aged cheeses?

Todd: Italy is the undisputed king of aged cheeses. They do make some in Switzerland, including one that looks exactly like Parmesan. But the real Italian hard cheeses typically come from the mountainous regions. Piave Vecchio is one of my favorites. It’s similar to Asiago and comes from a similar Alpine region. It’s aged anywhere from a few months all the way up to several years. The aged version is somewhere between a cheddar and an Asiago—closer to Asiago than to Parmesan. It has a beautiful flavor with a rich nuttiness. It’s one of the first hard cheeses I fell in love with. That’s one of the alternatives.

Very few people have ever experienced aged Gouda. And that’s one I think should be on everyone’s must-try list. It’s different than any other cheese you have ever tasted. It’s almost caramelized and sweet. It looks like caramel or butterscotch. The first time I tasted it, I described it as like caramel and butterscotch dipped in peat whiskey. There are some raw-milk versions like Boerenkaas Gouda, which is usually about three years old, and there are a couple of pasteurized-milk versions that are quite good. If you can get a four- or five-year Gouda, it’s an experience very different than you’ve ever had in a cheese before. 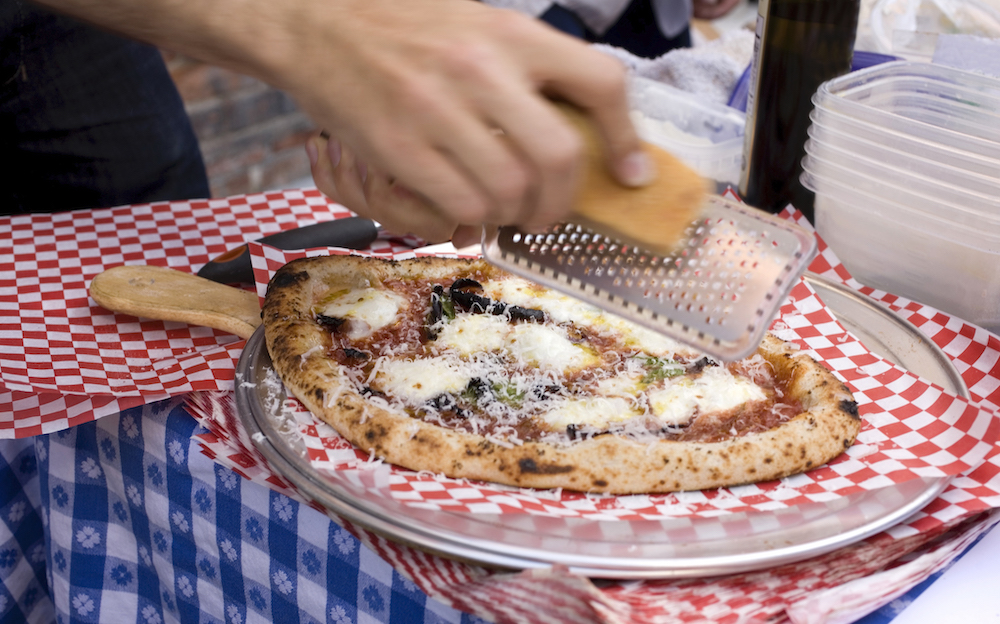 PMQ: How does American Parmesan cheese differ from the Italian version?

Todd: A lot of the cheeses in the U.S. have a legal or federal standard of identity that will tell you how the cheese has to be made, aged, how much fat and water it can have. In Italy, you can buy Parmesan at 12 months old. In the U.S., it only has to be aged 10 months. When America first started producing Parmesan for commercial uses, it was released right at 10 months so the producers could get their money back quickly. At that age, it doesn’t have a lot of flavor, and it’s quite elastic. It’s perfect at that age for making Parmesan crisps—the protein bonds are still nice and firm. But as the cheese ages, it becomes more crumbly. The protein breaks down, making it easier to grate and shave. This also intensifies the flavor.

Related: The science behind the melting characteristics of the most popular pizza cheeses

About 25 years ago in the U.S., we started experimenting, and now there are three or four companies doing beautifully aged Parmesan, some aged out 18 months. American Grana from BelGioioso is aged 18 months and very Parmesan-like; the flavor on a smaller wheel gets really intense quickly. California has dry Jack, and there are people making aged Alpine cheeses in the northeastern U.S., like Jasper Hill Farm. There’s cheese galore in the U.S., but hard cheeses are a little harder to come by because of the time you have to invest in aging them. It can take a few years to make your money back on it.

PMQ: Any tips for buying the best Parmesan cheese?

Todd: A good foodservice distributor usually will sell Parmesan in whole wheels or one-eighth wheels. The one-eighth wheel weighs maybe six, eight or nine pounds and is perfect for a pizza shop. You can go through that in a matter of weeks if you use it a lot. That keeps it fresh and turning quickly.

If you buy pre-grated Parmesan, the first thing you want to do is look at the ingredients. If it has anything other than cheese listed, you have something that won’t work in sauces. It might contain an anti-caking ingredient to keep it from sticking together. With that, you’ll never be able to make a cream sauce. It is OK for cheaper, lower-end pizzas, but if you’re doing real pizza, you want to use real cheese. 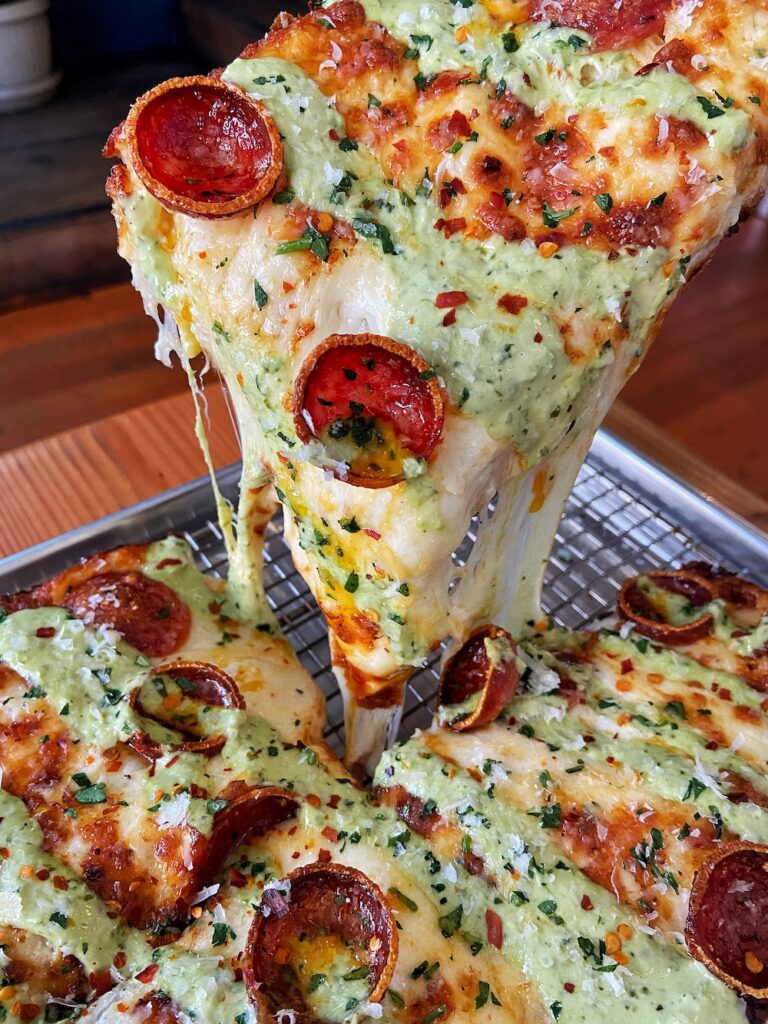 PMQ: How should you apply Parmesan to a pizza?

Todd: If I’m going to use Parmesan on a pizza, it’s going on after the pizza is cooked, and I’m grating it on top of the pizza as I’m serving it. That way, all of the tropical fruit esters (chemical compounds responsible for the flavor and smell of foods) are still there, and those intense aromas are wafting out because it’s warm on the top of the pizza. If you cook it on the pizza, it’s still good, but you lose all of the subtleties of the flavor. If I’m using Parm as a topper on a pizza, it’s going on after it comes out and after I’ve cut it, so it’s as fresh as it can be when it hits the customer’s plate.

PMQ: So we shouldn’t cook Parmesan on a pizza?

Todd: Cooking Parmesan changes it dramatically, taking away all of the high notes in the flavor. But the more you bury it in the pizza, the better it will be. If you’re doing a Chicago-style pizza with the cheese at the bottom, you want to put the Parmesan under your mozzarella. Then that flavor will penetrate into the sauce as it cooks, thus saving some of that flavor. But, basically, once it hits about 125° or 130°, the aromas are gone. They’ve cooked off. If you’re just looking for the texture of the crispy bits on the top, then put it on before you bake it. The Parm won’t melt—it just kind of crisps up.

PMQ: How many hard cheeses should a pizzeria keep on hand?

Todd: If you’re running a pizzeria with one or two deck ovens and putting out 100 pies a day, you don’t need five hard cheeses. You just need one hard cheese for your salads, pizza, lasagnas or any Italian plate dishes—one size fits all. If you’ve got several locations, maybe you need two. If you’re a chain, maybe three. These are not cheap cheeses to buy, and there’s not enough difference in flavor between most of them to warrant having three or four. The aged Gouda is the only one that’s radically different from all of the rest.

PMQ: Do you have a favorite hard cheese?

Brian Hernandez is PMQ’s test chef and coordinator of the U.S. Pizza Team.