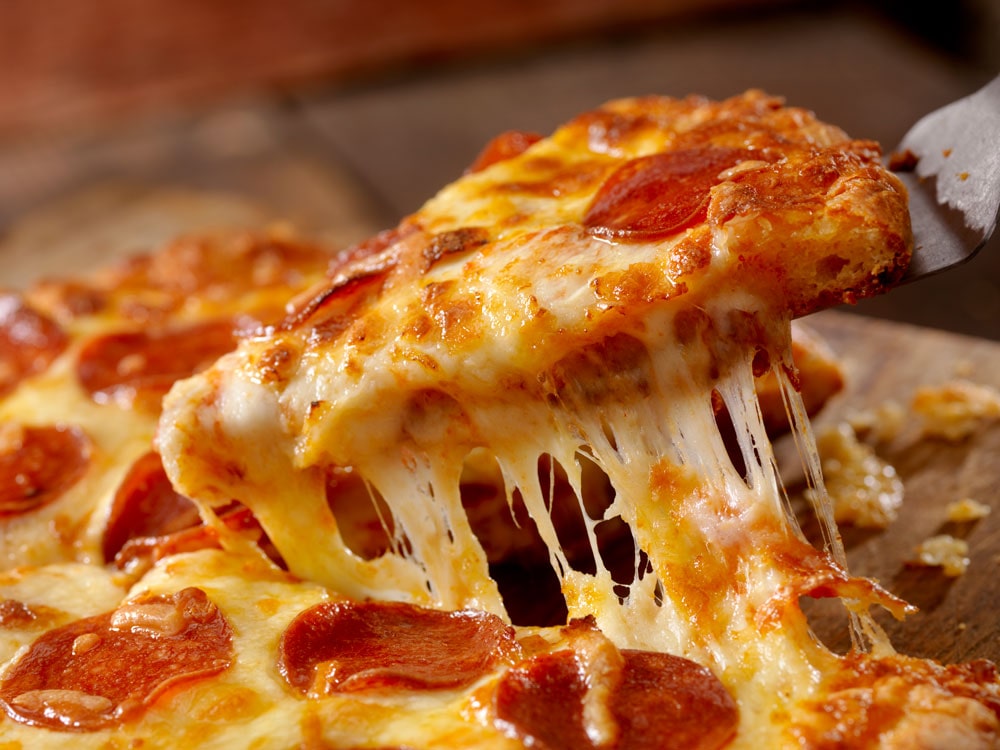 Outside of old-school plain-tomato pies, cheese has always been a fundamental component of pizza. But creative operators have gone far beyond traditional mozzarella when experimenting with recipes—adding flavor-packed varieties like feta and Gorgonzola, as well as marvelous melters like cheddar and Jack.

As an independent contractor working with, among others, the U.S. Dairy Export Council and the California Milk Advisory Board, Mark Todd, based in Monte Rio, California, has certainly earned his designation as “The Cheese Dude.” Here, he delves into the science behind the melting characteristics of popular pizza cheeses and how just the right combination can add improved coverage, flavor, browning—or all of the above.

When young and mild, provolone is almost identical to whole-milk, low-moisture mozzarella; more culture in provolone adds more flavor, but the texture and how it cooks is a close copy.

As Todd explains, melting characteristics depend on a combination of factors: fat content, the amount of protein bonding or breaking down that occurs with age, and the pH and salt levels of the cheese. For example, feta’s pH and salt content are the main reasons it doesn’t melt well. But cheeses like cheddar can change over time—young cheddar, such as in curd form, has an extremely tight protein bonding, so it’ll soften without melting and flowing; six months or more aged, cheddar’s protein bonding breaks down and the pH changes, so it’s more flow-friendly.

If you remove the water out of cheese and measure only fat and protein, a standard whole-milk cheese is about 50-50 fat and protein. Part-skim cheese, like a mozzarella or Parmesan, has less cream, giving it more protein than fat. The ratio between fat and protein will determine how it browns and flows. High-protein cheese browns really well but does not offer a lot of flow; a high-fat cheese flows beautifully but resists browning. Hence, many pizzerias use all part-skim or mostly part-skim for browning with 10% to 25% whole-milk cheese blended in for added melt and flow, Todd notes.

Both mozzarella and provolone fit under the cheese type called pasta filata, made with curds that are spun and twisted, for an end product that pulls apart like chicken breast. Originally, in Italy, mozzarella was made from buffalo milk, designed to be eaten the day of making—first starting out with a texture of custard, turning into a more cheese-like product within eight hours or so. Later, it was kept fresh in water for selling in cities.

Today, two versions exist in Italy—mozzarella that’s high-moisture and very fresh, made with buffalo milk, or fior di latte, made with cow milk. In the United States, most makers use cow milk for “fresh mozzarella.” But when Americans wanted to bring pizza to the States, low-moisture mozzarella, made in blocks, took over in the pizza industry for ease of shipping. Now, low-moisture (both part-skim and whole-milk) mozzarella can be uniquely designed by manufacturers for functionality—designed to cook exactly the way the operator wants, taking into account factors such as blistering, color and oven type and temperature. Fresh mozz melts beautifully but has a high moisture content, so it’s best dried before using, Todd says. Meanwhile, low-moisture types have minimum butterfat requirements for labeling—a minimum of 45% for whole-milk and 30% to 44% for part-skim.

Traditionally, provolone is made in the way of mozzarella, by spinning the curds, pulling and stretching, which lends strength and a springy texture. But, unlike pizza-style mozzarella, provolone will age over weeks, months or even many years. When young and mild, it’s almost identical to whole-milk, low-moisture mozzarella; more culture in provolone adds more flavor, but the texture and how it cooks is a close copy. Therefore, for those who want to add flavor without changing texture, mild provolone is a good choice. But Todd prefers a one-year-old style, which provides an intense “Italian deli” flavor and more bite—simply use as you would a blue or smoked cheese, in a very small percentage, like 10% or 15%. To add more flow for melting, a Fontina or Jack can be used in combination with an older provolone.

Parmesan is a part-skim cheese, so it doesn’t provide melt and flow, and it’s extremely low-moisture, so you’ll get the best return on investment by adding immediately post-bake. Cooking will dry out its small amount of moisture, but a pizza fresh out of the oven will heat it, adding aroma without completely destroying the cheese.

However, Todd points out, blue and smoked cheeses offer the biggest bang for your buck on flavor enhancement. Blue cheese can be crumbly or spreadable, depending on the style used; Gorgonzola tends to be earthier, while blues are more sharp or piquant. Crumbliness vs. spreadability tends to be dictated by age and temperature (colder temps create a more crumbly texture). Even if crumbled, when cooked, blue cheese melts instantly, like butter, lending a rich mouthfeel. And, above a certain temperature, blue cheese enzymes break down to create a milder aroma and flavor. Meanwhile, using 10% smoked cheese creates the aroma reminiscent of open-fire cooking when melted—which kicks off a hardwired brain reaction that actually makes the mouth water and whets the appetite.

Blue and smoked cheeses offer the biggest bang for your buck on flavor enhancement. Blue cheese can be crumbly or spreadable, depending on the style; Gorgonzola is earthier, while blues are more sharp or piquant.

Cheddar is one of the most common pizzeria cheeses, often used in blends at a 10% to 20% ratio, as mild cheddar is inexpensive and adds a pop of color. Hence, when cooked, pizzas with cheddar look browner and richer, which increases visual appeal. Mild, young cheddar keeps its shape when sliced and softens without running—making it perfect for applications like burgers. But as it ages to six months or a year, its flow increases, so it melts exceptionally for use in a cheese sauce, for example.

Finally, pepper Jack and other flavored Jack varieties melt wonderfully (as does plain Monterey Jack), but with the added benefit of a punch of flavor—even though the chili peppers in a pepper Jack will lose some of their fire when cooked, they’ll still bring a good amount of heat to spicy pies. Jack, with its fairly high moisture and butterfat content, also readily picks up the flavors of other ingredients, making it ideal for flavored formats.

Ricotta is another popular addition to pizzas. Meaning “recooked,” ricotta was traditionally made by boiling whey left over from the mozzarella-making process, then adding an acid like lemon juice, which pulls a secondary protein out of the whey. That protein floats to the top and is skimmed off for ricotta.

Today, manufacturers work differently, offering part-skim, whole-milk and fat-free types, which each create various cooking characteristics. The fat-free type is grainy and can be compared to fat-free cottage cheese, but without creaminess; whole-milk is soft, delicate and melts well due to its higher fat and water content. For those desiring a crumbly texture that will brown slightly (like a feta would), part-skim or fat-free is best. And, since ricotta is also ideal for cross-utilizing in Italian pasta dishes like lasagna, an operator must also determine the level of creaminess desired for that section of the menu, if applicable. Finally, soft cheeses like Brie and Camembert also melt like butter and can be added on pizza with or without the rind, depending on the texture and flavor desired. 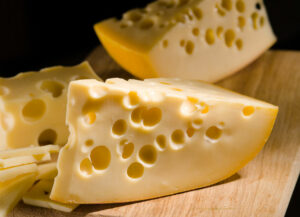 Mark “The Cheese Dude” Todd emphasizes there’s one cheese you’ll never see on a pizza—and for good reason. When Swiss cheese (also known as Emmentaler) melts, this part-skim type loses what little fat it has, and when it cools, its texture becomes “like shoe leather,” he says. The official term is “post-melt chew,” and reheating Swiss will lead to a very dense, rubbery outcome—a surefire disaster for leftovers.