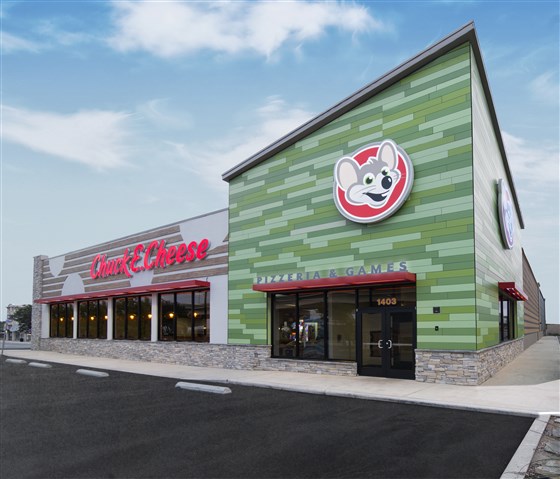 Chuck E. Cheese recently opened a sleek new location in Skokie, Illinois, and it looks nothing like the red-brick family-friendly establishment of the ’90s. The franchise told TODAY that it expects to complete renovations on 82 restaurants soon.

Where there was once a dark, noisy arcade full of kids zipping about with tokens jangling in their full pockets, there is now a  “lighted interactive dance floor” while kids use pre-paid play passes.

“Next time you visit your local store, you simply choose the time you want to play, starting at just $9 for 30 minutes of play,” a representative told TODAY. The new system is supposed to make it easier for parents to track how much is being spent and how long their children played at the restaurant.

The most jarring change of all: The restaurant’s nearly 50-year-old band has officially split up.  To be fair, the CEO, Tom Leverton, did announce this decision back in 2017.

“Back then, kids’ expectations of technology were much, much lower,” he told NPR. “A child today has such high expectations for entertainment that the animatronics, even at their absolute best, can’t live up to those expectations.”

He added that a number of Chuck E Cheese fans bought and tuned up these mechanical players so a reunion might not be too far off.

Their menu was no exception to the overhaul. Gone are the days of the infamous recycled pizza conspiracy; the franchise now has cauliflower crust, an expanded salad bar, and a more transparent approach to how their ingredients are processed in the kitchen.

The impact of the renovation remains to be seen as there are 600 more locations to upgrade nationwide.