Yelp Ranks This Employee-Owned Pizza Shop as No. 1 in the U.S. - PMQ Pizza Magazine 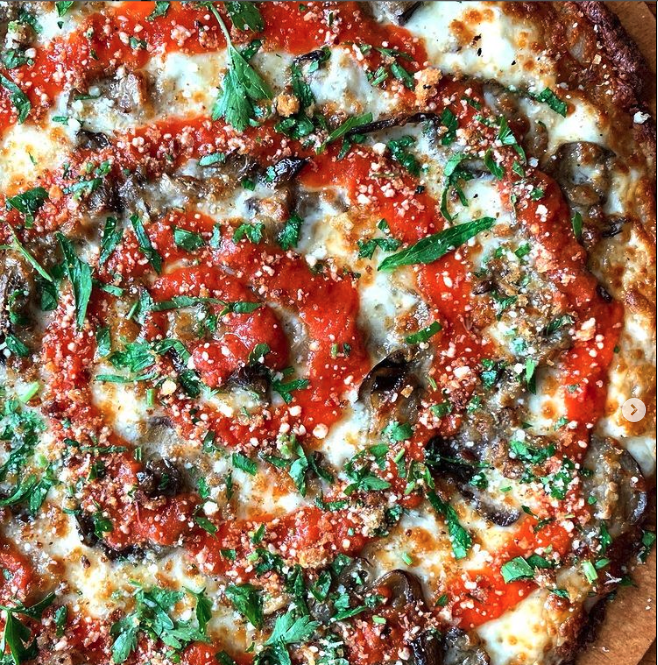 One of the vegetarian pies at Cheese Board Collective Pizza

Stellar customer reviews have earned Cheese Board Collective Pizza in Berkeley, California, the No. 1 spot in Yelp’s annual “Top 100 Places for Pizza,” while Smiling With Hope Pizza, which employs people with developmental disabilities in Reno, Nevada, came in at No. 3.

Prince Street Pizza in New York City captured the second-place spot for its square, pepperoni-laden slices, according to Yelp.

The Cheese Board isn’t just unique for its rave reviews. It’s an offshoot of the employee-owned Cheese Board Collective, which started out as a cheese shop in 1967. The original owners sold the business to its employees in 1971, and it has since grown into a cheese store and bakery offering 400 different cheeses, plus freshly baked breads and pastries. In the 1980s, Cheese Board employee-owners started making pizzas for themselves, using extra sourdough baguette dough, their favorite cheeses off the counter and vegetables from a market next door. They began selling the pies to their customers in 1985 and later opened a separate pizzeria two doors down from the bakery.

Another unique selling point: All of Cheese Board Pizza’s pies are meat-free and feature organic, locally owned ingredients.

Prince Street Pizza is famous for its Neapolitan round and Sicilian square pies. Landing in the No. 2 spot on Yelp’s list this year marks a significant comeback for the once-beleaguered pizzeria. Father-and-son owners Frank and Dominic Morano stepped down from the iconic shop’s day-to-day operations in January 2021 after allegations of racist and anti-Black Lives Matter comments posted by Frank on Yelp and accusations of racism by Yelp reviewers. According to Eater.com, after food blogger Joe Rosenthal posted the allegations on his own Instagram account in December 2020, “Prince Street’s Yelp page has been flooded with negative reviews, and others have called out the institution on social media.” The Moranos issued an apology before stepping down. “There is nothing OK about what I said on Yelp,” Frank Morano said in a statement at the time.

Prince Street’s rebound on Yelp attests to the quality of its food and its ability to cope with public relations setbacks. In addition to its New York location, Prince Street has stores in West Hollywood, Los Angeles and Miami.

Renowned for its New York-style and Sicilian pizzas, Smiling With Hope, owned by Walter Gloshinski, captured the No. 1 spot on Yelp’s list in 2019 and remained near the top this year at No. 3. Prior to opening Smiling With Hope in Reno, Gloshinski managed Smiling With Hope Bakery at Newark High School in Newark, Ohio. Gloshinski, a special education teacher with a flair for pizza-making, taught real-world job skills to students with developmental disabilities, focusing on entry-level restaurant and bakery work. He and his wife, Judy, opened their similarly named pizza shop in Reno in 2016 with the same goal: Creating job opportunities for people with disabilities who might otherwise be unable to find work.

Rounding out Yelp’s top 5 list of the best pizza places is Ciao! Pizza & Pasta in Chelsea, Massachusetts. Ciao! is celebrated for its wood-fired Sicilian fare, including the Eggplant Pie and White Clam Pizza.

Here’s a look at the top 25 pizzerias as listed by Yelp. Click here to view the list of the top 100.