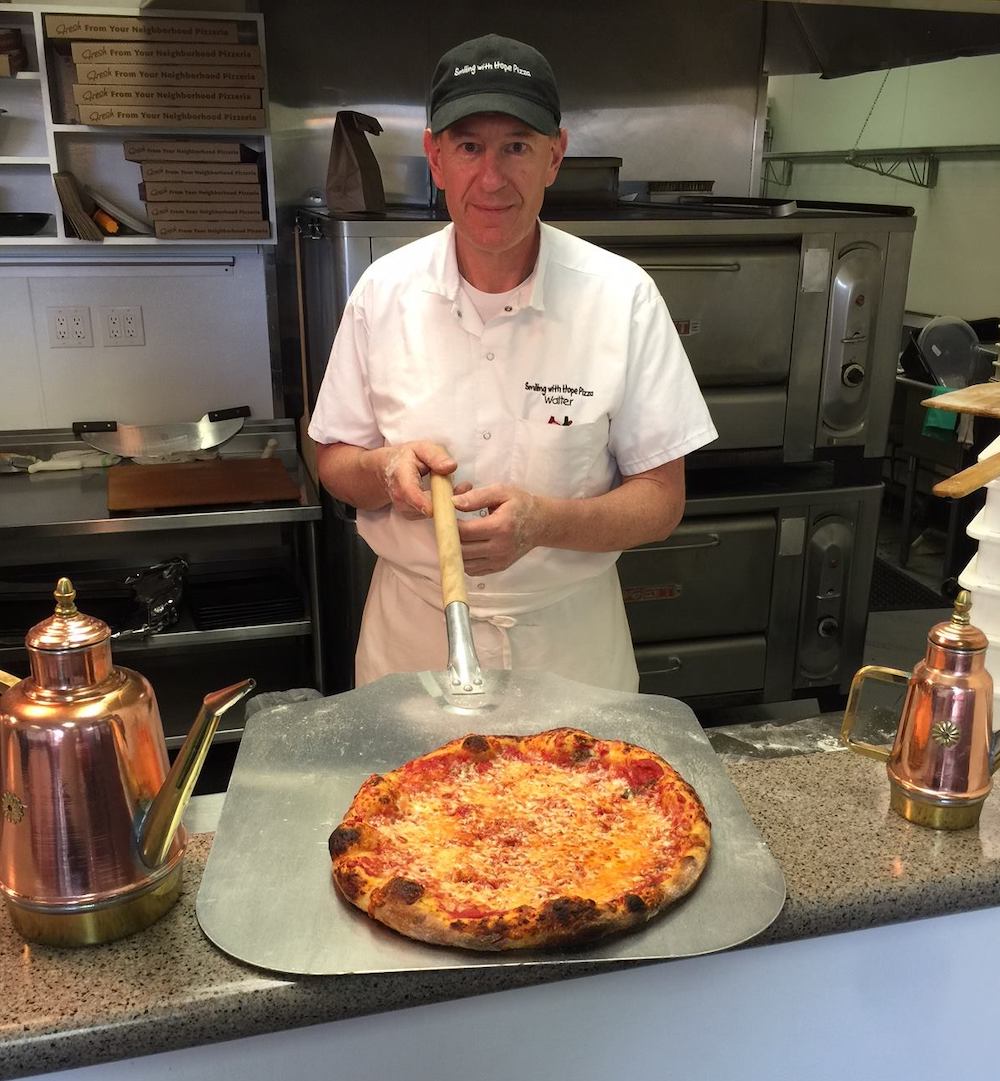 Walter Gloshinski pulls a pizza out of the oven at Smiling With Hope Pizzeria.

As the co-owner of Smiling With Hope Pizza in Reno, Nevada, Walter Gloshinski is a job creator in the best sense of the expression. The master pizzaiolo employs and trains people who ordinarily can’t get work anywhere else: those with physical and mental disabilities. So when he penned an op-ed piece for the Reno Gazette Journal earlier this month, it made an impact, reaching all the way up to the White House.

In the September 1 article, Gloshinski stated his support for President Biden’s Build Back Better plan aimed at helping small businesses get a leg up on big corporations. In return, the White House put out a press release about the op-ed piece on its website the next day, along with a link to the piece.

“It is pretty crazy to think our little pizzeria made it to the president,” Gloshinski said in a Facebook post.

Gloshinski and his wife, Judy, opened Smiling With Hope in 2016. Prior to that, Gloshinski operated the Smiling With Hope Bakery at Newark High School in Newark, Ohio, offering students with disabilities a chance to learn entry-level skills, including pizza-making, that could help them in their post-graduation job search. During that period, Gloshinski, who was also a special education teacher, was featured in the May 2014 issue of PMQ Pizza Magazine.

In 2019, Business Insider ranked Smiling With Hope as the country’s No. 1 pizzeria “you need to visit in your lifetime,” based on Yelp ratings. 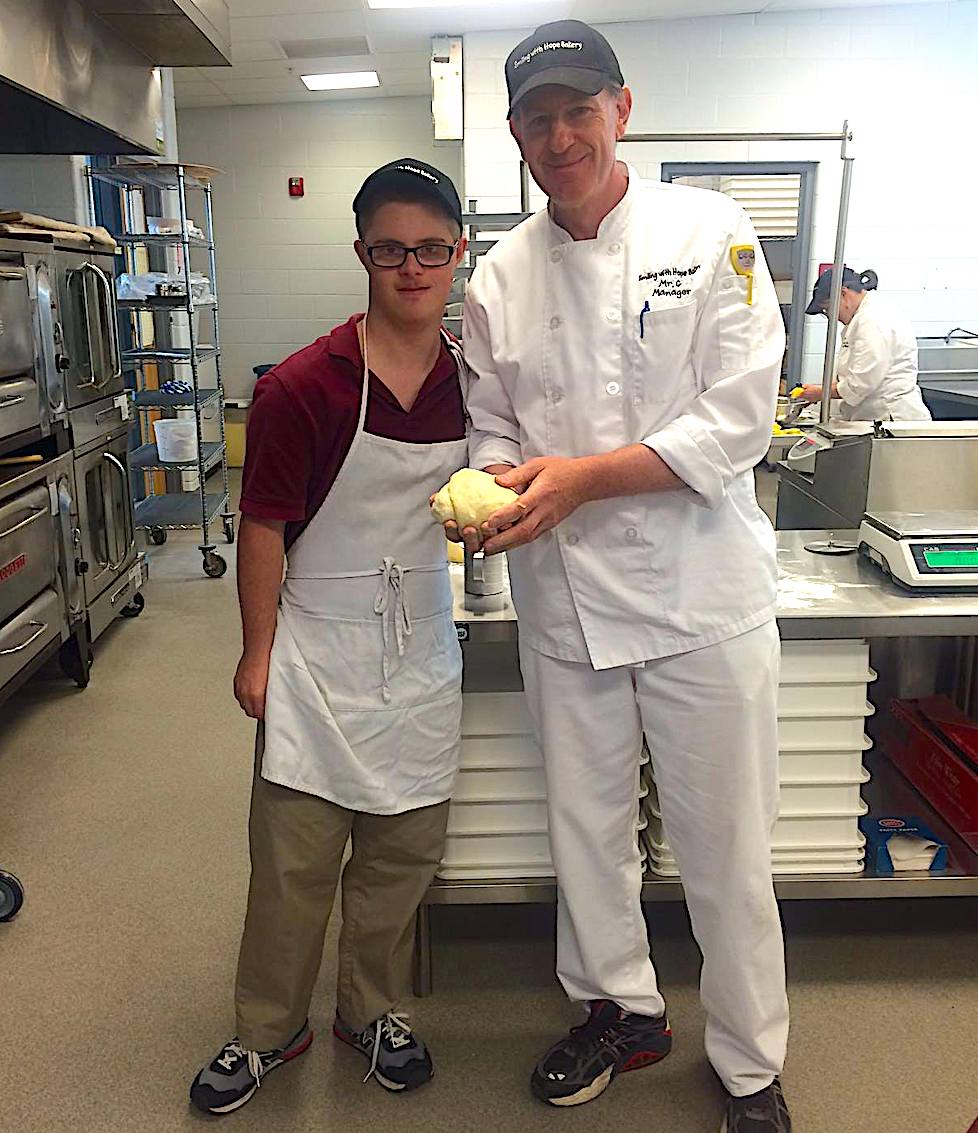 In the op-ed piece for the Reno Gazette-Journal, Gloshinski described his pizza shop as “small but mighty,” noting, “We’re old school. We don’t have a computer system; people call in their orders, and my wife writes everything down. It’s a small operation but one that has made a big impact in our community.”

“Small businesses like mine are everything in America,” he wrote. “You can’t count on Amazon to remember your granddaughter’s name or your favorite pizza order. But you can trust small businesses to care about your community.”

He noted that about 30 percent of Smiling With Hope employees have disabilities. “Over decades of working with disabled folks, I have seen how often they are treated as afterthoughts in our country. A lot of people believe that individuals with disabilities don’t make good employees. They’re wrong. As with anyone else, you have to provide disabled folks with the right environment for success.”

Gloshinski lamented the decline of small businesses in a country that has become dominated by big-box stores and multinational corporations with no vested interest in hometown communities. “It seems as if our approach to business—local and family-focused—is going extinct,” he wrote. “Huge corporations have gotten the government to rig things more and more their way. Just look around and see how many mom-and-pop shops have been replaced by cookie-cutter chains.”

He expressed his support for President Biden’s economic plan to provide billions in new funding to small businesses. “Biden’s plan would support working people like our employees, who just want to work, and help build their communities through things like child care, paid leave, home care and tax cuts for families. His Build Back Better agenda will help small businesses to recover from this pandemic by investing $20 billion in the Small Business Administration’s loan and investment program, as well as coordinating a national network of small business incubators. It can take a lot to get these kinds of programs going, but once you get them running, they pay for themselves many times over.”

Gloshinski wrote that Biden’s plan, which has been touted as too expensive by Republicans, “can easily be paid for by making big corporations pay their fair share in taxes—just like every small business owner does.”

“We’ve seen what happens when the government gives tax breaks to those at the top: They buy back their own stocks or spend billions flying themselves into space,” Gloshinski concluded. “But when you invest in small businesses, you’re investing in working families and local communities.”