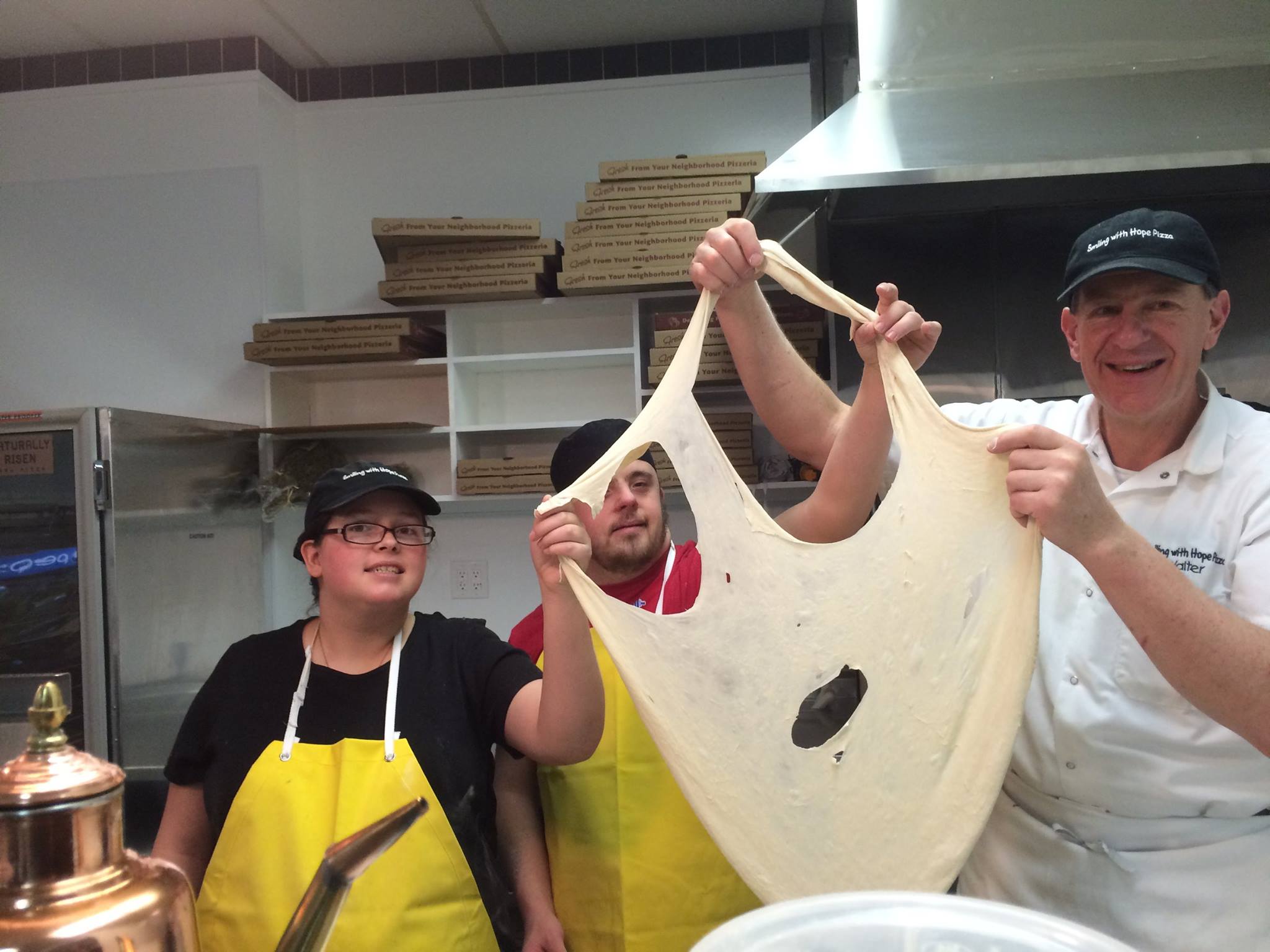 Walter Gloshinski trains differently abled individuals to make some of the best pizza in the country.

Yelp has ranked Smiling With Hope, a Reno, Nevada, pizza shop and social enterprise that employs and trains people with developmental disabilities, as the No. 1 pizzeria you need to visit in your lifetime, according to Business Insider.

Yelp compiled the rankings using an algorithm based on customer ratings and reviews. Smiling With Hope was featured in PMQ’s May 2014 issue, while two other listed pizzerias have been featured as PMQ cover subjects over the past several years. Anita and Klime Kovaceski, owners of Miami-based Crust (No. 23), appeared on PMQ’s April 2018 cover, while 786° Wood Fired Pizza Company in Los Angeles made the cover of PMQ’s November 2017 issue.

Earlier this year, 786° topped a list based on Yelp reviews and ratings, while Smiling With Hope ranked No. 16.

Prior to opening Smiling With Hope in Reno, owner Walter Gloshinski managed Smiling With Hope Bakery, a unique operation based at Newark High School in Newark, Ohio. Gloshinski, a special education teacher as well as a talented and experienced pizzaiolo, taught real-world job skills to differently abled students with a focus on entry-level restaurant and bakery work.

Gloshinski and his wife, Judy, later moved to Reno and opened their award-winning pizzeria in early 2016 with the same goal: creating job opportunities for individuals with disabilities that might otherwise keep them from finding work. Smiling With Hope offers a small menu spotlighting New York-style and Sicilian pizzas plus their own invention, the Cannoli Sandwich (two chocolate chip cookies stuffed with cannoli filling).

Ali Haider, owner of 786°, is a Caputo Cup winner who worked as a jet-setting auto-industry spokesmodel before delving into the pizza business. His restaurant spans just 650 square feet but has an outsized reputation, thanks in no small part to his eclectic menu that showcases exotic flavors from around the world.

Klime and Anita Kovaceski both hail from Macedonia. Their high-end Crust concept, opened in 2015, was named one of the Best Restaurants in America by OpenTable in 2017, and TripAdvisor declared it Miami’s No. 1 restaurant in 2015, 2016, 2017 and 2018. Crust was also featured in the Wall Street Journal in 2017.  Crust serves up an extensive selection of red and white pizzas as well as pastas and signature entrees.

The complete Yelp list, according to Business Insider, includes: