Does This Pizza Slice Look Like a Dog's Face to You? - PMQ Pizza Magazine 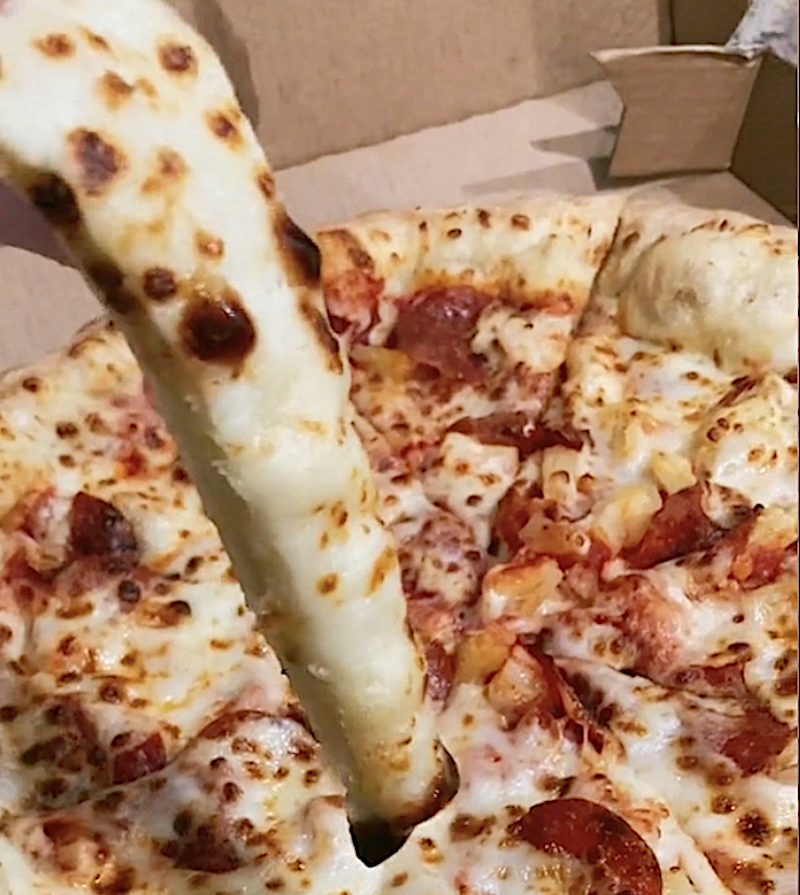 TikTok viewers are wagging their tails over a video featuring a slice of pizza that, at least to some, resembles the face of a dog, complete with a dark-brown nose and dark eyes.

The video, posted on the @dogandpine account, appears to show a slice of a cheese pizza delivered, along with a branded cup of dipping sauce, from Papa John’s. A person’s hand moves the slice around for the camera, showing it from various angles. The slice sports a dollop of sauce on its tip (the pizza pup’s nose?) and two large drops of sauce closer to the edge (those puppy-dog eyes?).

The video has garnered more than 12.6 million views and 2.5 million-plus likes thus far on TikTok. If nothing else, its success points to the viral power of TikTok as a marketing platform for pizzerias.

The long, thin slice “bears a striking resemblance to a Russian wolfhound,” according to a Newsweek writer, “albeit one made from a heady combination of cheese, tomato and dough.”

More than 20,600 TikTok users have commented on the video. One wrote, “Imagine explaining this to someone who isn’t on TikTok.” Other commenters referenced Jenna Marbles, a former YouTube personality who has a brand of dog toys called Kermie Worm and Mr. Marbles. Another simply wrote, “It looks so tired.”

what the dog doin #fyp #borzoimeme

The puppy pizza video is just the latest pizza-inspired TikTok post to go viral in recent weeks. On January 3, MMA fighter Keith Lee posted a pizza-review video focused on Frankensons Pizzeria in Las Vegas. The pizza shop had been struggling to stay afloat, but Lee’s video, which has garnered more than 30 million views and 6 million-plus likes, changed that. The pizzeria now has lines stretching beyond its doors, thanks to Lee’s glowing review.

Note to pizzeria owners: As PMQ pointed out in our latest Pizza Power Report, TikTok has emerged as a powerful social media force and is often used by younger Americans to find new places to eat. Of course, creating a video that goes viral isn’t easy, but building a TikTok presence has become increasingly important to pizzeria marketers. These latest pizza-related TikTok videos suggest that you’ll ignore the platform at your own peril!