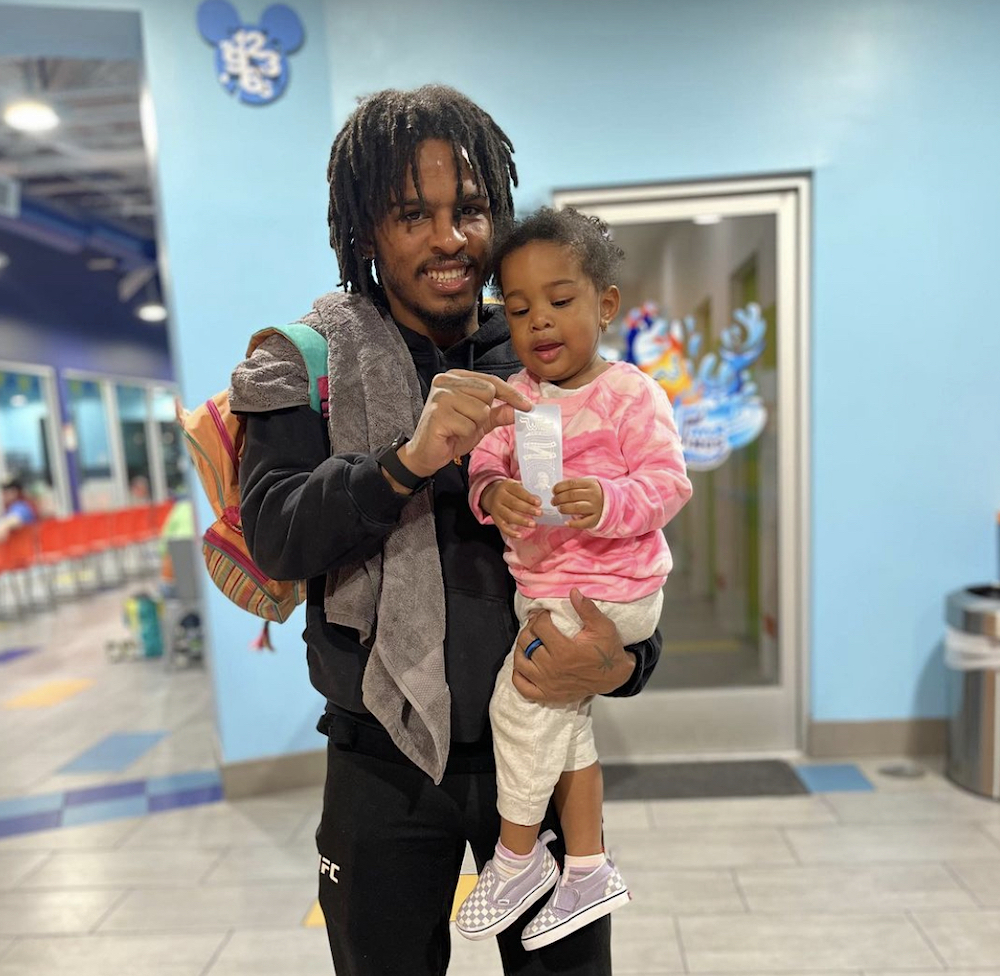 Keith Lee and his daughter

Never doubt the power of TikTok. That’s a lesson happily learned by the owner of Frankensons Pizzeria, a Las Vegas eatery that was struggling to get customers until social media influencer Keith Lee recently paid a visit and raved about his experience.

The resulting video has garnered more than 30.6 million views and 6.2 million likes worldwide on TikTok. And suddenly, business is booming at Frankensons.

Lee, an MMA fighter and family man with a wife and daughter, launched the food review account (@keith_lee125) on TikTok to overcome his own social anxiety and fear of public speaking, the TalkSport website reports.

Lee’s down-to-earth, no-frills reviews consist of Lee speaking directly—and bluntly—to the camera about the restaurants he has visited and various food items he has taste-tested.

In the Frankensons video, posted on January 3, Lee explained that he’d been emailed by one of the restaurant’s workers. “I’m an employee at Frankensons Pizzeria,” Lee quoted the email as saying. “It’s really slow. We really can’t afford rent, and we would love you to come and try the food. The owner doesn’t know you’re coming. It’s a family-owned business, the food is delicious, but we don’t have any marketing behind us. That’s the only reason why we don’t really get that much business.”

The employee also stated that Frankensons’ owner, Frank Steele, had reached out to another food reviewer, who wanted to charge him $2,600 to review his food.

“I didn’t charge absolutely anything, and I bought my own food,” Lee said in the video.

He noted that he called Frankensons to place an order—which came to more than $83—and it was Steele himself who answered the phone. When Lee went to pick up his order, Steele emerged from around the counter and, without knowing who Lee was, started up a conversation.

“Frank was so dope,” Lee said in the video review.

Back home, with the camera running, Lee went on to conduct a taste test of various items on the menu—everything from garlic knots and chicken wings to a sub sandwich, a burger and fries, a white pizza and a pepperoni pizza.

He gave every item a high rating except the fries. After biting into a slice of the pepperoni pizza, he said, “I swear, this is why I started making videos like this. Places like this, that don’t nobody know of… This is a 9.8 out of 10 … Frank, from me to you, this is my opinion: There’s no way you should be behind on rent or struggling to pay rent. [The problem is] marketing. That’s 100 percent what I feel like. That food is delicious. The service is amazing.”

As he walked away from the camera, Lee added, “Yeah, Frank, yeah, Frank! I’m coming back, and I’m shaking your hand!”

Within a few hours after the video posted on TikTok, KTNV reports, curious customers started streaming in at Frankensons Pizzeria. “Our phone never stopped ringing,” Steele told the TV station, getting choked up. “I’ve sold more lemon pepper wings in the last two days than I have in the past four months. I made more garlic knots yesterday and the day before than I’ve ever made.”

Frankensons opened just four months ago, and things weren’t looking good before Lee’s video went viral. “It has been a struggle,” Steele told KTNV. “I was lucky if I did $400 a day.”

When Lee arrived to pick up his order, Steele recalled, “I didn’t know who he was. I like to ask my customers, ‘Where are you from, what do you do?’ And he quietly said, ‘I’m a food critic.’”

Steele didn’t expect much to come out of the brief encounter, he said, but then the crowds started lining up. “It’s just been overwhelming,” he said. “It’s been a blessing. This restaurant has been a dream of mine for 30 years.”

In a follow-up TikTok video posted on January 8, Lee said he had been trying to call Steele but couldn’t get through on the phone. He finally drove over to Frankensons and found out why: A line of customers stretched down the street, and the wait time was two to three hours.

Now Steele’s new problem is keeping up with demand. “I’m working to get stocked up on supplies and food,” he told KTNV. “I am bringing everyone in to help. All I can say is thank you. This has been life-changing.”