SOS to the World: Sting Opens a Pizzeria in Tuscany - PMQ Pizza Magazine 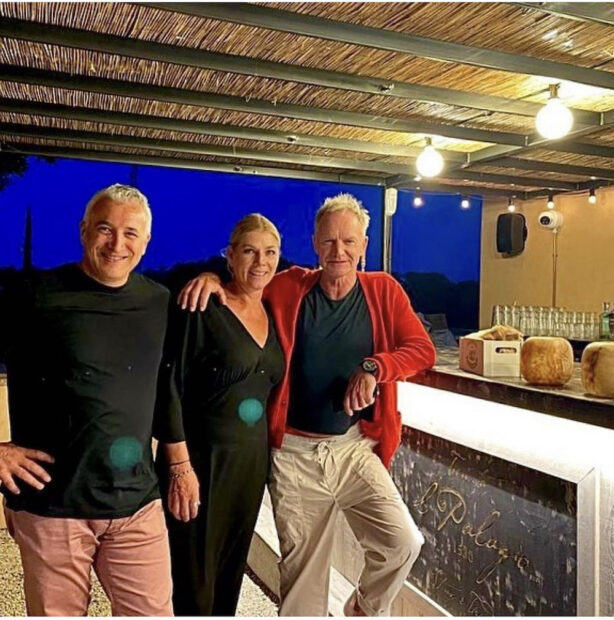 Sting posed for a photo with Claudia and Paolo (last names unknown) at his new pizzeria in Tuscany.

Related: A certain Italian film legend has opened her own pizzeria

Every little thing they serve is pizza at a new restaurant in Tuscany opened by legendary rock star Sting and his wife, Trudie Styler. Well, maybe there’s more to it than just pizza—we haven’t seen the menu yet. But we’re walking on the moon just thinking about it.

Unfortunately, there’s precious little info to be found so far about the Il Palagio pizzeria and wine bar, located at Sting’s private estate and vineyard, also called Il Palagio, south of Florence. The ex-Police chief and prolific hitmaker announced the new venture with little fanfare on Instagram late last week. As of yet, there is no mention of it on the Il Palagio website.

“Come and join the gang down at the new Il Palagio pizzeria and wine bar, where you can get fabulous pizza, try all our wines and even some local Tuscan craft beer,” the post reads. 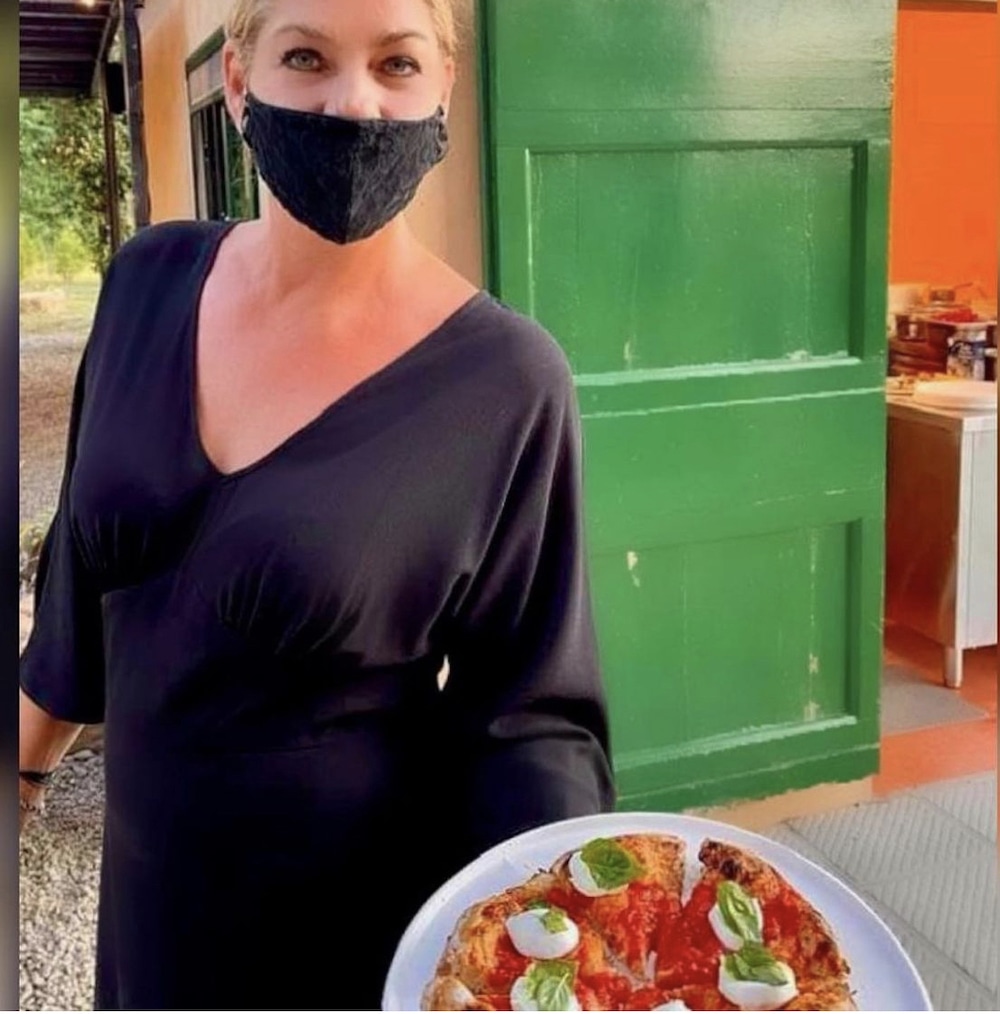 Sting and Styler purchased Il Palagio in 1997. The 16th-century villa is nestled amongst the lush vineyards of the Chianti area and offers five guest houses that can be rented for weddings, corporate events and parties. The rocker’s boutique vineyard produces wines under the Il Palagio label. Selections include Message in a Bottle Bianco, Sister Moon (an IGT Toscano wine) and When We Dance, described as a “charming, every-day chianti.”

Il Palagio also produces and sells ethically grown olive oils and honey, which will presumably be featured on the pizzeria’s menu. In addition to pizzas and Sting’s wines, the restaurant will reportedly offer other local wines and feature organic and sustainable cuisine.

Sting’s Instagram post notes that the pizzeria’s guests will receive “a warm welcome” from “Claudia and Paolo”—no last names given. According to a 2017 article in Food & Wine, Paolo Rossi is half of a brother-sister team that runs Il Palagio for Sting and Styler. The couple also has a private chef, Joe Sponzo, who trained in the kitchen of the Michelin three-star eatery, Enoteca Pinchiorri, in France. It’s unclear whether Sponzo is involved with the pizzeria or the development of its menu.