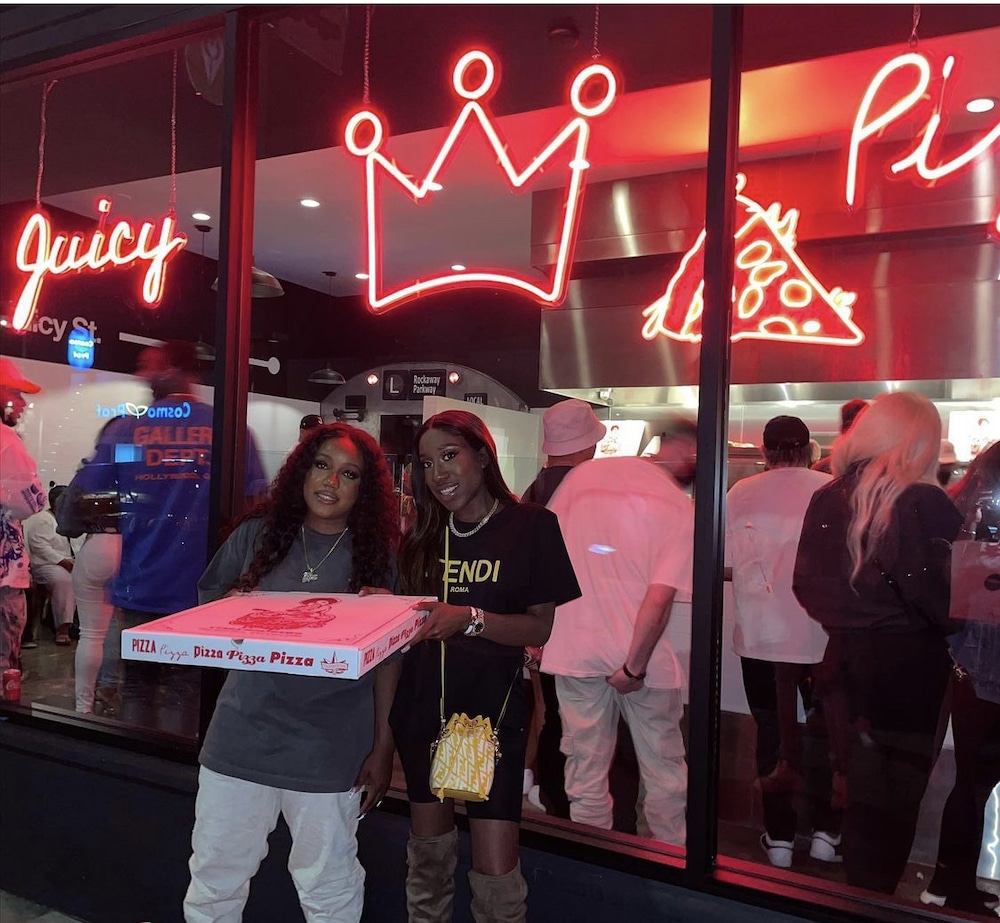 Convinced that Los Angeles is desperately lacking in quality New York-style pizza, the daughters of a pair of legendary hip-hop artists have partnered to launch their own shop, called Juicy Pizza, which opened on North La Brea Avenue on Saturday, June 12.

“I realized that L.A. doesn’t have good NY-style pizza,” Myricks wrote in a February post on Instagram. “So, instead of going on an endless hunt for some, I decided to make some.”

Although Wallace and Myricks don’t have any pizza experience, they’re both entrepreneurs. Wallace has operated a clothing boutique in Brooklyn. Myricks is the head designer of Drake’s OVO clothing line, where she earns six figures a year, and co-owns a gym in L.A.

Myricks decided to use Juicy Pizza to pay homage to her dad. “The more I thought about how to represent that New York theme to Los Angeles, I felt, who represents New York more than Biggie Smalls?” she told Business Insider.

In addition to traditional cheese and pepperoni pies selling for $23 and $30 respectively (or $4 to $5 per slice), Juicy Pizza’s menu will also feature more unusual toppings like oxtail, jerk chicken, and beef and broccoli, along with chopped cheese eggrolls as a starter.