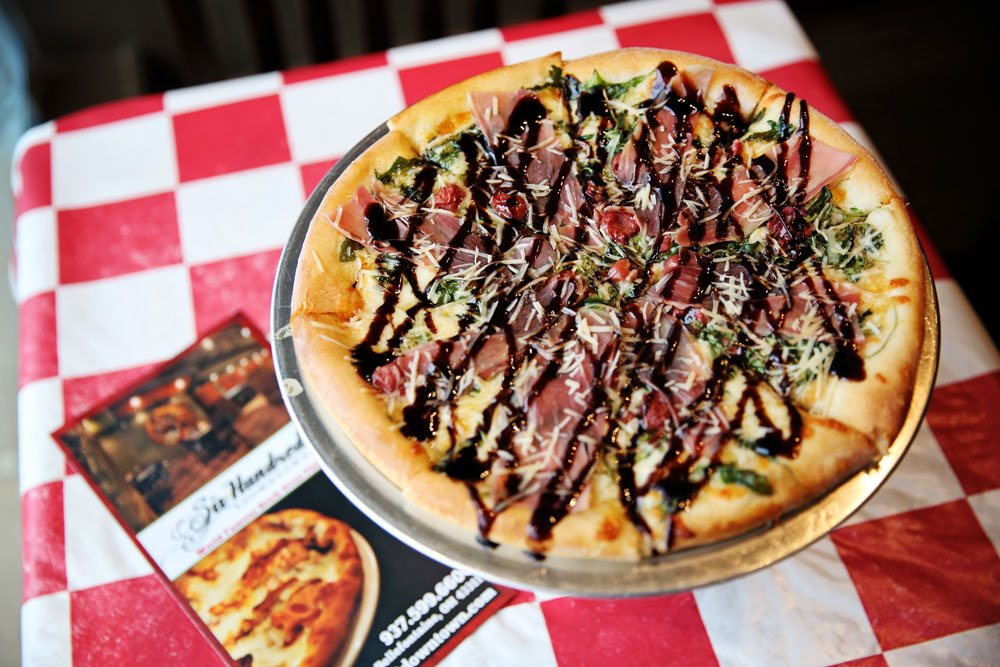 Bellefontaine, Ohio: If you don’t pronounce it “Bell-Fountain,” you have already outed yourself as a tourist. Home of America’s shortest street, McKinley Street (only 20 feet long), and Campbell Hill, the highest point in Ohio, Bellefontaine holds some impressive records. So does Brittany Saxton, the owner of Six Hundred Downtown. Saxton has worked her way up the ranks of the pizza industry since she was 16. As a five-time world champion, Saxton has also helped shed light on the world of pizza sports, which was lesser known by the general public.

As a young woman in a male-dominated industry, Saxton had to prove her worth on the pizza making scene. At 16, she learned all the ins and outs of her first pizza job, starting with tossing the dough. She mastered that skill early on to silence the naysayers and earned her stars in the kitchen. She then moved her way up the ranks, from manager to owner.

At Six Hundred Downtown, Saxton tries to instill in her staff the importance of having fun and feeling a sense of ownership. She holds five gold medals in the Fastest Pie Making and Largest Dough Stretch categories. She has also appeared on Guy’s Grocery Games on the Food Network and came in second. In addition to the importance of offering high-quality food, she understands the value that competing in pizza sports and culinary events offers for an independent pizzeria. That’s why she regularly brings her staff members to prestigious competitions, such as the U.S. Pizza Team Trials events. With numerous award-winning pizzas adorning the menu at Six Hundred Downtown, diners can expect to get a culinary treat on every visit.

In a Chef’s Corner visit with PMQ’s Brian Hernandez, Saxton kindly shared the recipe for the award-winning Mad Hatter, courtesy of assistant manager and culinary expert Dalton Cornell. Cornell won gold with this recipe at the 2014 World Pizza Challenge in Las Vegas.

Brush your 14” crust with an EVOO base. Top with shredded and fresh mozzarella. Add arugula, tart cherries and dollops of fig jam preserves. Bake at 575° for 7 to 10 minutes, or until crust is brown.

After the bake, add slices of prosciutto and sprinkle with shredded Parmesan. Finish with a drizzle of balsamic glaze. Slice and enjoy!