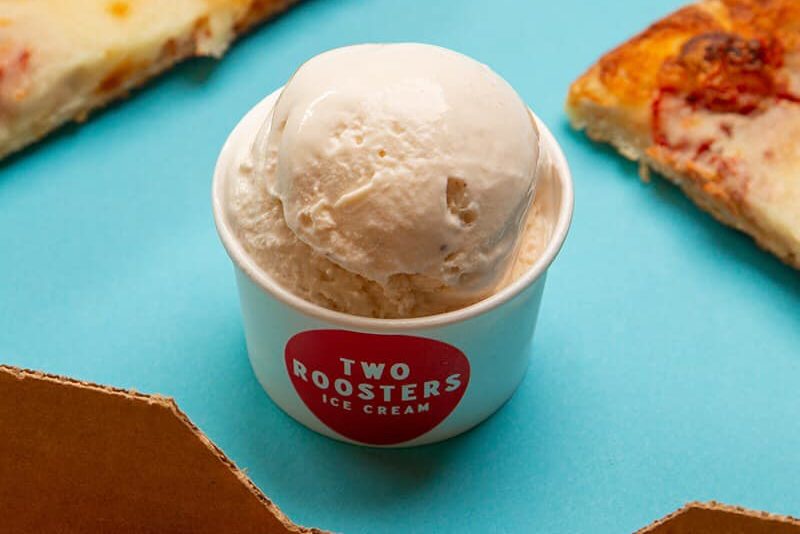 Related: To Eat or Not to Eat: Pizza Flavored Candy Canes

But, according to the News Observer, Two Roosters Ice Cream‘s new pizza flavor, rolled out just in time for the North Carolina State Fair, “tastes very much like pizza.” But how? The Raleigh ice cream shop’s owner, Jared Plummer, said the batch was made with flavors of roasted tomato sauce and generous doses of oregano and garlic.

“I will simply say, it’s surprisingly not disgusting,” Plummer said. “But it is an acquired taste. Not for the faint of heart. Or I should say, faint of taste buds.”

This wasn’t Plummer’s first attempt at pizza-flavored ice cream. He said that when the ice cream shop had its first brick-and-mortar location in Raleigh, the initial version of the recipe included steeping pizza crusts in the ice cream base. He knew the idea was crazy but he had fun tackling the recipe until it became a success. He admitted that, for a brief moment, he had an additional idea to serve pizza crust cones but decided to go with just the ice cream.

He joked that the pizza-flavored ice cream is one of those options “that no one buys but everyone samples,” but he’s proud of it anyway.