To Eat or Not to Eat: Pizza Candy Canes - PMQ Pizza Magazine 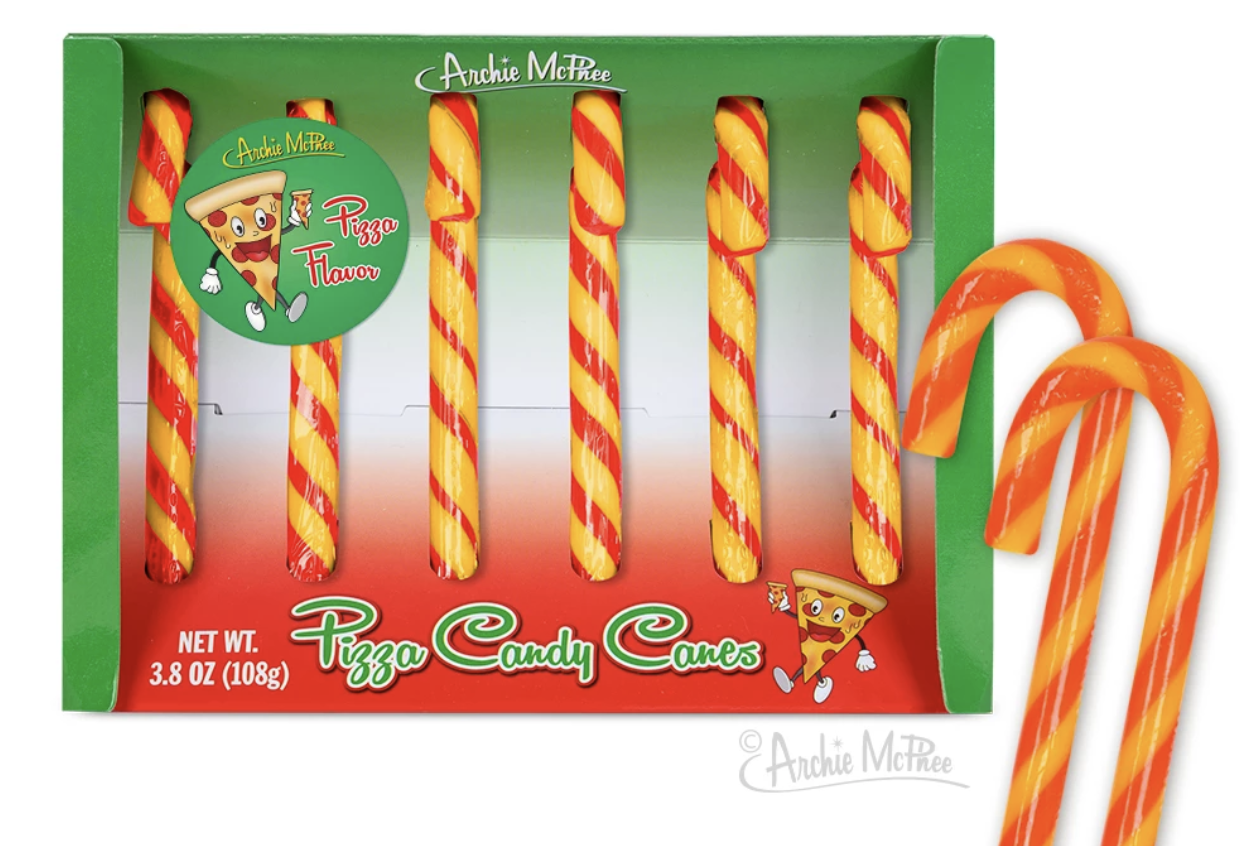 Pizza is universal. There is breakfast pizza, dessert pizza, and even candy pizza through gummies.  Now there’s a new candy variety for the adventurous: Pizza Candy Canes.

These are to not be confused with the infamous Candy Cane Pizza featuring chopped candy canes melted into a cheese pizza.  Curiously, the candy canes flavor description says they’re “Italian-spiced,” but the rest is left to experimentation and imagination.

Although, pizza-flavored candy should be approached with caution. The creative minds behind Bertie Botts’ Every Flavour Beans invented the “vomit flavor” from numerous failed attempts at creating a pizza-flavored jelly bean.

“ Attempt after attempt was rejected by our taste testers because the cheese flavor of the pizza was not palatable,” said Jelly Bean spokesperson Jana Perry.

The Washington-based Archie McPhee store also has more odd candy cane flavors: ham, kale, mac and cheese, and even coal.  We salute any and all brave souls willing to taste these candy canes.