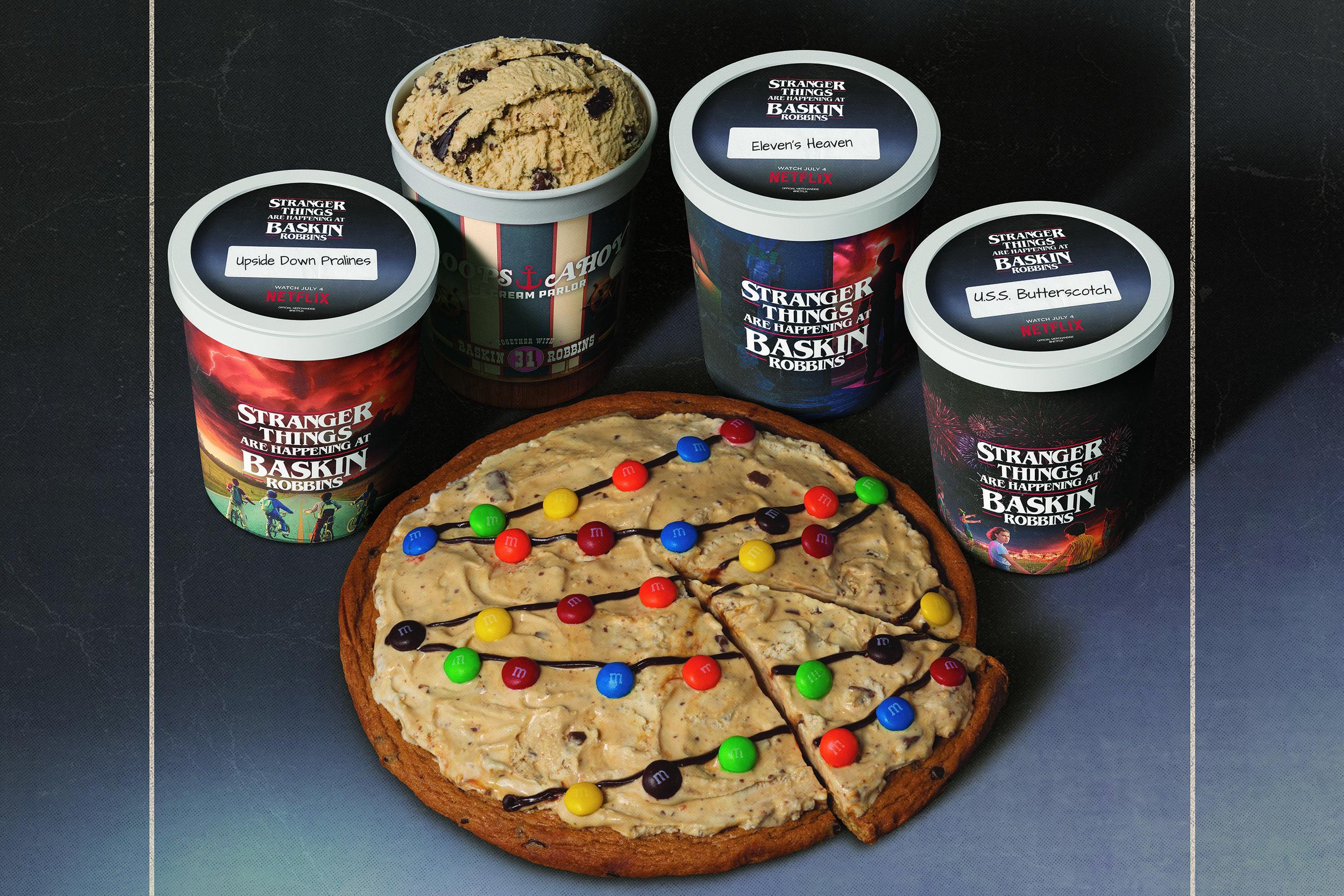 Stranger Things 3 is premiering on July 4, and fans everywhere might be debating what snack(s) to gorge on while binging the show.

Baskin-Robbins teamed up with Netflix to bring the summer of 1985 in Hawkins, Indiana to ice cream lovers everywhere.  And pizza fans won’t be left out of the cool “Stranger Things” mashup: Baskin-Robbins created an ice-cream pizza.

Named “Beyers House Lights,” the pizza is heaped with Snickers ice cream with a fudge string zig-zagging, dotted with M&Ms as Christmas lights. With a pizza so decadent it’ll be easy to communicate with the Upside Down.

This pizza is the only pie featured in its exclusive flavor line-up, including Eleven’s Heaven, Upside Down Pralines, and Demogorgon Sundae.  Baskin-Robbins will also sell collectible swag like “Stranger Things” t-shirts, a Funko figurine of Steve, and colorful quarts of ice-cream.