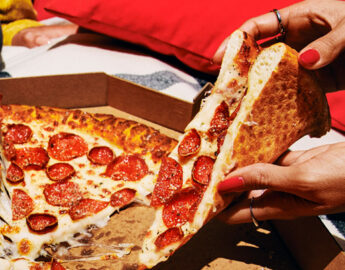 Twenty-four years after its initial launch, Pizza Hut is bringing back the Big New Yorker, a 16” New York-style pizza, for a limited time starting February 1.

Members of the chain’s Hut Rewards loyalty program will get the first taste of the oversized pie on January 31, the company said in a press release. The launch appears to be timed to capitalize on the Super Bowl in February.

The Big New Yorker features six foldable slices with a crispy crust, sweet marinara sauce and Parmesan oregano seasoning on top, mimicking an authentic New York pizzeria build. It comes with double pepperoni or another preferred topping for $13.99, with an additional charge for extra toppings or extra cheese.

Related: Pizza Hut plans to go after younger consumers in 2023

“The Big New Yorker was a huge hit when we launched it in 1999, setting the stage for future industry innovations like Pizza Hut Melts and Detroit-style pizza,” Lindsay Morgan, Pizza Hut’s chief marketing officer, said. “At 30% larger than our large pizza, now is the perfect time to answer our customers’ requests and bring back the Big New Yorker in a big way right before the big game next month.”

According to Pizza Hut, there have been “numerous requests” from brand fans to bring back the Big New Yorker. “In fact, the company has seen everything from social media accounts dedicated to its hopeful return, Reddit threads and even a Change.org petition with thousands of signatures to bring the pizza back on menus.”