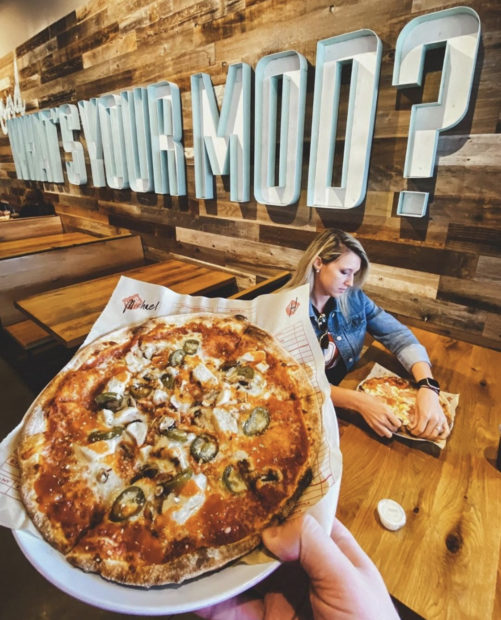 Seattle-based MOD Pizza, the fastest-growing restaurant chain in the country, increased its sales by nearly 25% in 2019 and added a net of 64 new stores, bringing its total to 468 nationwide, according to a press release.

CEO Scott Svenson, who cofounded MOD Pizza with his wife, Ally, in 2008, said the purpose-driven company’s ongoing success proves that a “more enlightened form of capitalism” can drive profits while creating a positive social impact.

Topping off MOD’s list of achievements in 2019: The chain completed a $160 million equity financing led by Clayton, Dubilier & Rice (CD&R) and supported by existing investors Fidelity and PWP Growth, bringing the total equity raised to date by the company to more than $339 million.

“Over the past 11 years, we have built MOD upon the conviction that we could create a best-in-class business by putting our people and the communities we serve first,” Svenson said. “We continue to believe deeply in this more enlightened form of capitalism. CD&R’s investment further validates our belief that profit and social impact can and should co-exist.”

Last year was a big one for MOD. In March 2019, the company introduced MOD Rewards, its first app and loyalty program. It allows customers to earn points toward free food or to donate their reward points to help children struggling with food insecurity. The program had attracted more than 1 million members by the end of the year.

The chain also launched nationwide delivery in partnership with DoorDash. Between MOD Rewards and DoorDash, MOD Pizza saw its digital orders grow by 135% over 2018.

According to the press release, MOD and its franchisees donated over $1.9 million to 9,000-plus local and national charities and helped MOD Squad members in need through its Bridge Fund. The company also deepened its work on opportunity hiring, providing jobs to individuals with barriers to employment, with a focus on three populations: Second Chance (previously incarcerated); Opportunity Youth (low-income youth ages 16-24 who are neither employed nor in school); and IDD (intellectual and developmental disabilities).

MOD Pizza also launched national partnerships with Best Buddies International and Out & Equal as part of its mission to champion workplace diversity and inclusivity. MOD said it donated $61,000 to the Best Buddies Jobs Program and $16,000 to Out & Equal. During its annual “Spreading MODness” week, MOD continued its partnership with Generosity Feeds, a nonprofit fighting childhood hunger, raising over $239,000 in 2019 and packing more than 550,000 meals at events nationwide. MOD also served free meals to more than 37,000 teachers on Teacher Appreciation Day, nearly 14,000 veterans on Veterans Day, and 4,000-plus nurses on Nurse Appreciation Day.

MOD Pizza also landed a spot on Fortune’s “Change the World” list, which celebrates 52 companies across the world helping to tackle society’s unmet needs. Moreover, MOD earned a spot on the Inc.5000 list of the most successful high-growth companies in America and received a Gold Davey Award for its cause marketing campaign that supported teen suicide prevention. 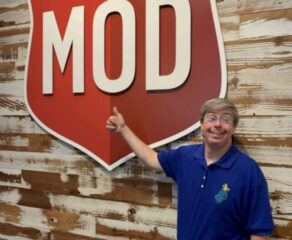