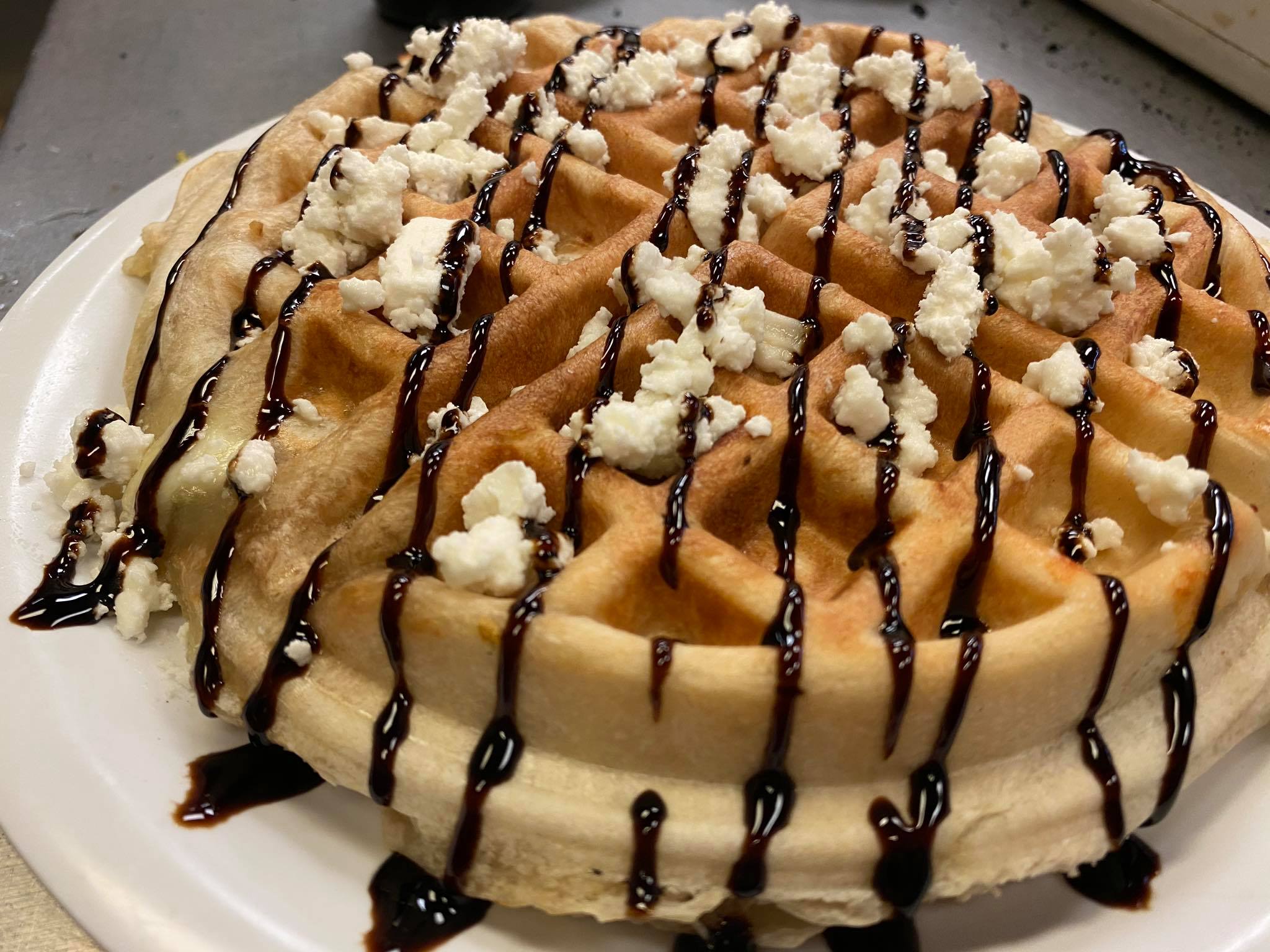 The Waffle Pizza at Lelulo's features cheese and toppings stuffed in pizza dough pressed in a waffle maker.

Patyn McCune said she “may or may not have been experimenting” with her waffle maker when she hit upon the latest innovation at her restaurant, Lelulo’s Pizzeria, in Plum, Pennsylvania.

She debuted the Waffle Pizza on June 25 and quickly earned media coverage from TribLive.com for her efforts.

Related: Flamin’ Hot Cheeto pizzas are burning up menus around the country

The lunch special, which is roughly the size of a personal pan pizza, consists of fresh tomatoes, cheese and spinach stuffed inside pizza dough that has been pressed in a waffle maker. Another version features cheese, pepperoni and garlic in the middle and a drizzle of a sweeter sauce on top.

The Waffle Pizza is then baked in the oven and finished with a balsamic glaze and feta cheese. Evidently to dispel customer confusion, McCune was quick to point out in a Facebook post that “it’s pizza dough, not waffle batter.” 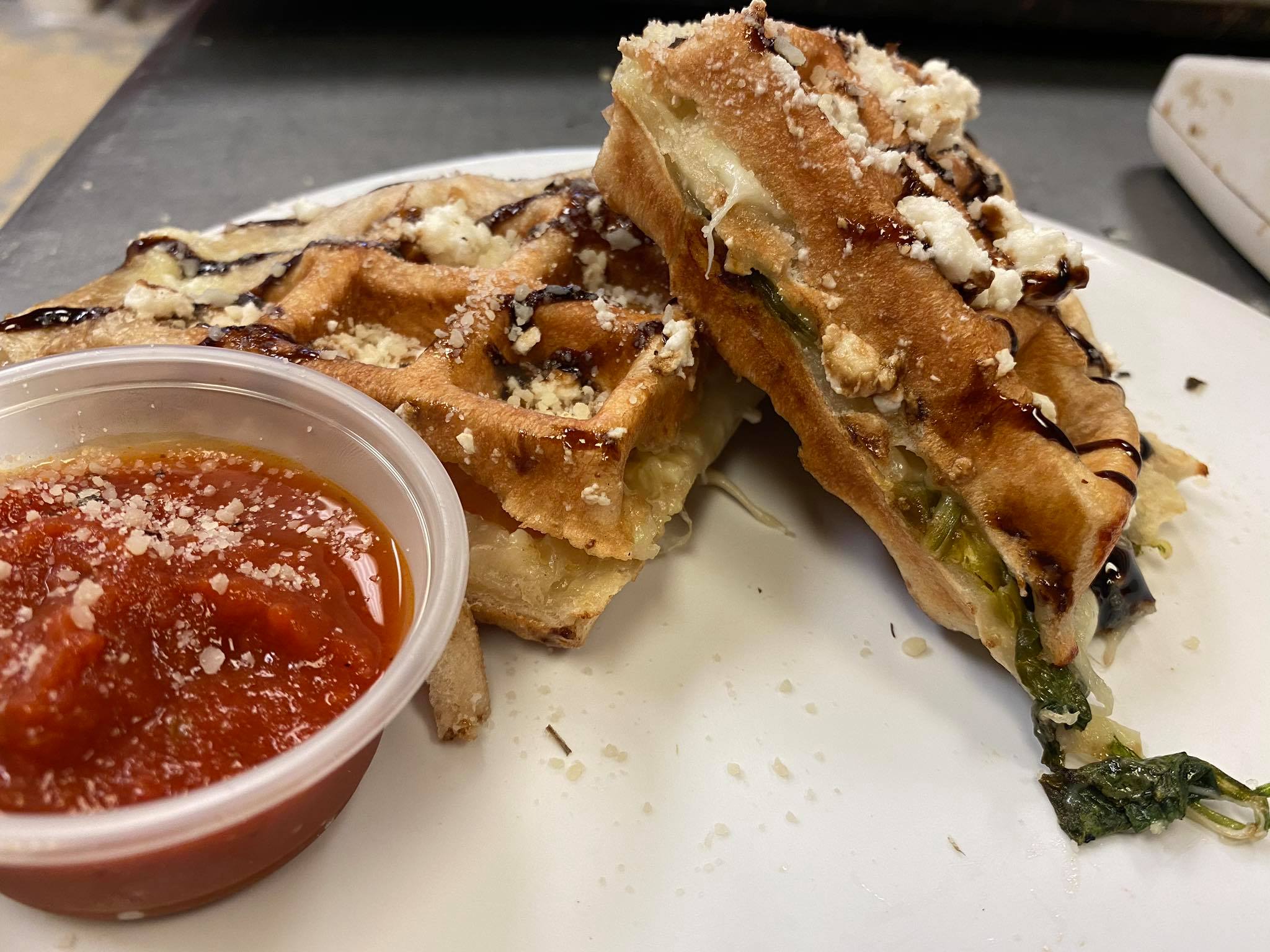 “I tend to get pretty creative with everything that I do here,” McCune told TribLive. “I’ve done a lot of other stuff like a pizza burger and pizza roses for Valentine’s Day. Mostly it’s because I’m super-hungry and like food.”

McCune endeared herself to the Plum community when she started serving free lunch to economically disadvantaged children affected by school closures due to the pandemic in March. Around that time, Lelulo’s was robbed by a burglar, and the community showed its support for the restaurant with a GoFundMe campaign that raised $4,300.

Related: From crickets to edible pansies, here are 5 weird pizzas to add to your bucket list