From Crickets to Edible Pansies, Here Are 7 Crazy Pizzas to Add to Your Bucket List - PMQ Pizza Magazine 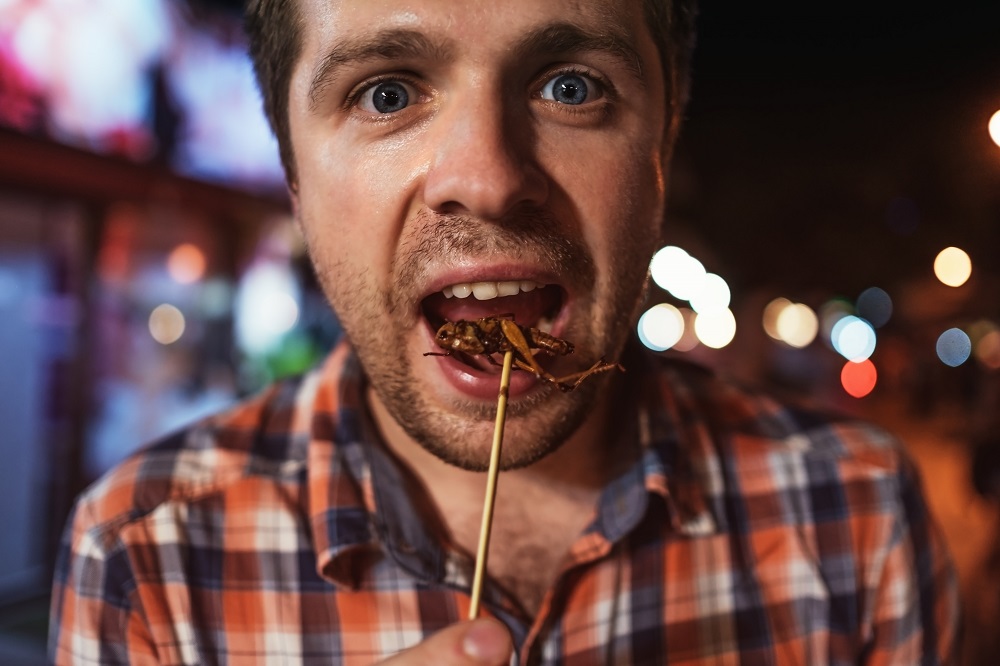 We’re not ones to judge, but some folks have pretty crazy ideas about what tastes good on a pizza.

But that’s the beauty of this business we’re in. Pizza kitchens are laboratories of culinary innovation run by mad scientists who aren’t afraid to push boundaries. And pizzeria customers are willing to go along for the adventure. Here are some of the craziest pizzas we’ve come across yet in our travels around the country:

The Roasted Cricket Pizza: OK, you might expect bugs on the menu if you visit a restaurant named after a bird. Still, the Roasted Cricket pizza, one of five specialty pies at Woodpecker by David Burke in New York City, seems a bit much. In addition to crickets, it features mozzarella, tomatoes and a jalapeno pesto base. Now that’s something to chirp about!

Magical AF: All that glitters is not gold at DagWood’s in Santa Monica, California—it’s actually a pizza topping. DagWood’s signature pie comes sprinkled with unicorn-style edible glitter in a rainbow palette. The company launched the Magical AF during LGBTQ Pride Month last June, and Instagram and Snapchat users have been hyping it ever since.

The Soul Pie: At first, this signature pie from Slice Pizza & Brew in Birmingham, Alabama, doesn't seem all that crazy. Sausage? Sounds good. Bacon? Yes, please. Grilled red onions? Sure, why not? Black-eyed peas? Uh, come again? Turnip greens? Wait, wait … what?? The brainchild of Chef Terrill Brazelton, the Soul Pie is one of the pizza industry’s most original pizzas. In fact, when Brazelton first launched it, he promised to give customers their money back if they didn’t like it. He no longer has to offer that guarantee. 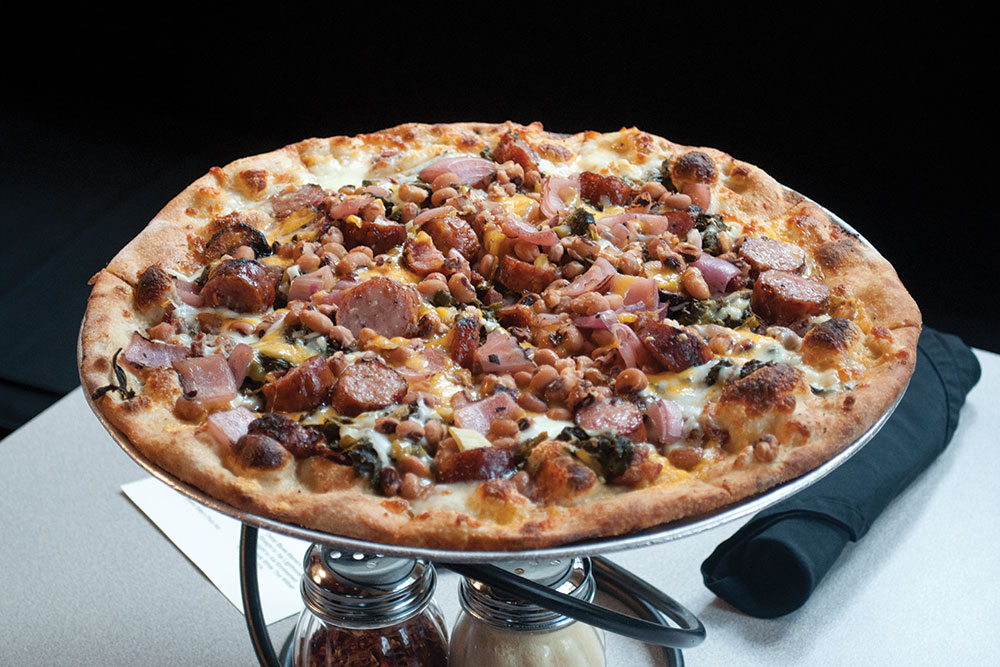 The Mustard Pizza: Nick Azzaro, owner of Papa’s Tomato Pies in Trenton, New Jersey, told the Daily Meal that he bakes up four or five Mustard Pizzas—with a Gulden’s mustard base on the crust, layered tomatoes and cheese—each week on request. “I’ve never heard of it being done anywhere else before,” Azzaro said. He got the idea from a competing pizzeria down the street. “I don’t know where he got the idea from, but he ended up closing down, so I don’t know if that’s an omen,” Azzaro told the Daily Meal. “But when he did [close shop], some workers came in who used to visit his pizzeria. They asked me to make them a pizza this way, with mustard, then tomatoes, then cheese. You put it in the oven and cook it. You ever hear of a Philly pretzel? Well, that’s what it tastes like."

The Secret Garden: Flower power is making a comeback with this one-of-a-kind pie from Fine Folk Pizza in Fort Myers, Florida. Both a work of art and a tasty treat, it’s a white pie featuring dough made with butterfly pea flower tea instead of water, an alfredo-sauce base, sharp cheddar and mozzarella cheeses, a wine-glazed mushroom medley, and butter-fried capers. Which, aside from the dough formula, doesn’t sound particularly crazy, but that’s only because we’ve got two more ingredients to list: edible marigolds and pansies. The Secret Garden actually won first place in the Non-Traditional Pizza category of this year’s Caputo Cup competition. So maybe "crazy like a fox" is a better way to put it. 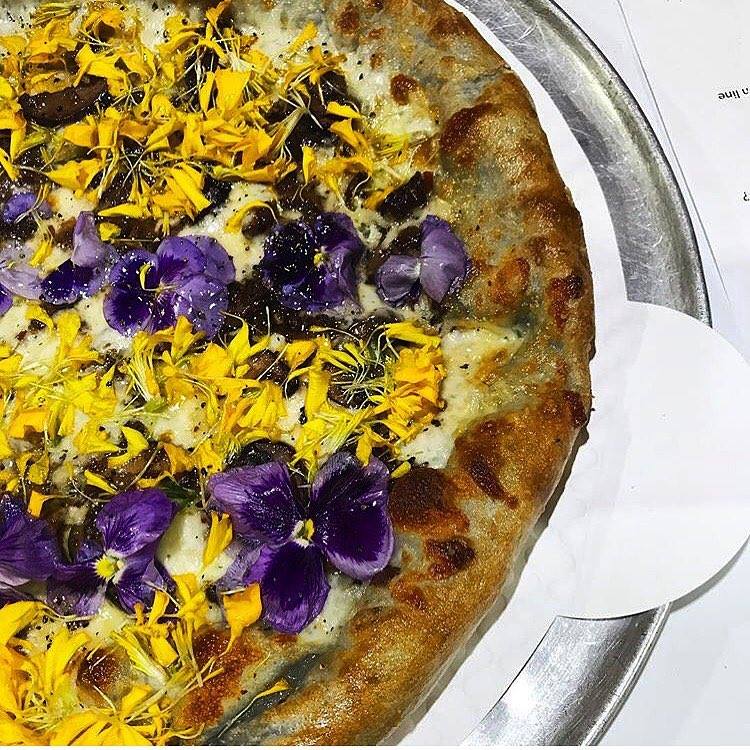 The Chippy Tea Pizza: Inspired by a Full English breakfast, Crazy Pedro’s, with locations in Manchester and Liverpool, England, dreamed up this pie featuring a mushy-pea base, French fries (a.k.a. chips), mozzarella and sausage, plus a drizzle of curry sauce for extra weirdness. ‘Nuff said? 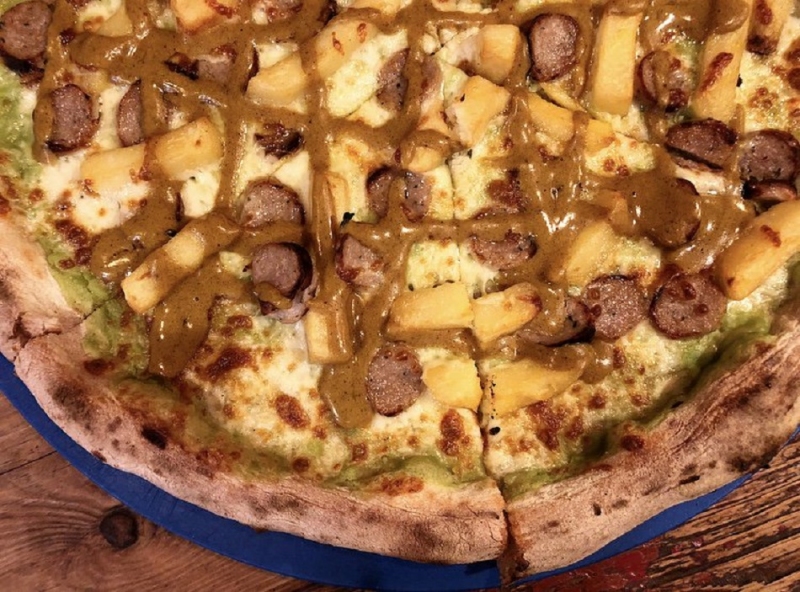 The Python Pizza: Maybe this is what happens when you mess around with snakes: Evan’s Neighborhood Pizza, a Fort Myers, Florida, restaurant that earned notoriety in 2012 for topping its pies with python meat, closed down in October 2016. To be fair, the pizzeria had thrived for 15 years before going out of business and, according to the News-Press, had to shut its doors due to problems with the lease, not the business itself. Owner Evan Daniell started using fillets of python meat as a topping in 2011, along with alligator sausage and frog’s legs, and earned coverage by the New York Daily News, the Huffington Post, even National Geographic.