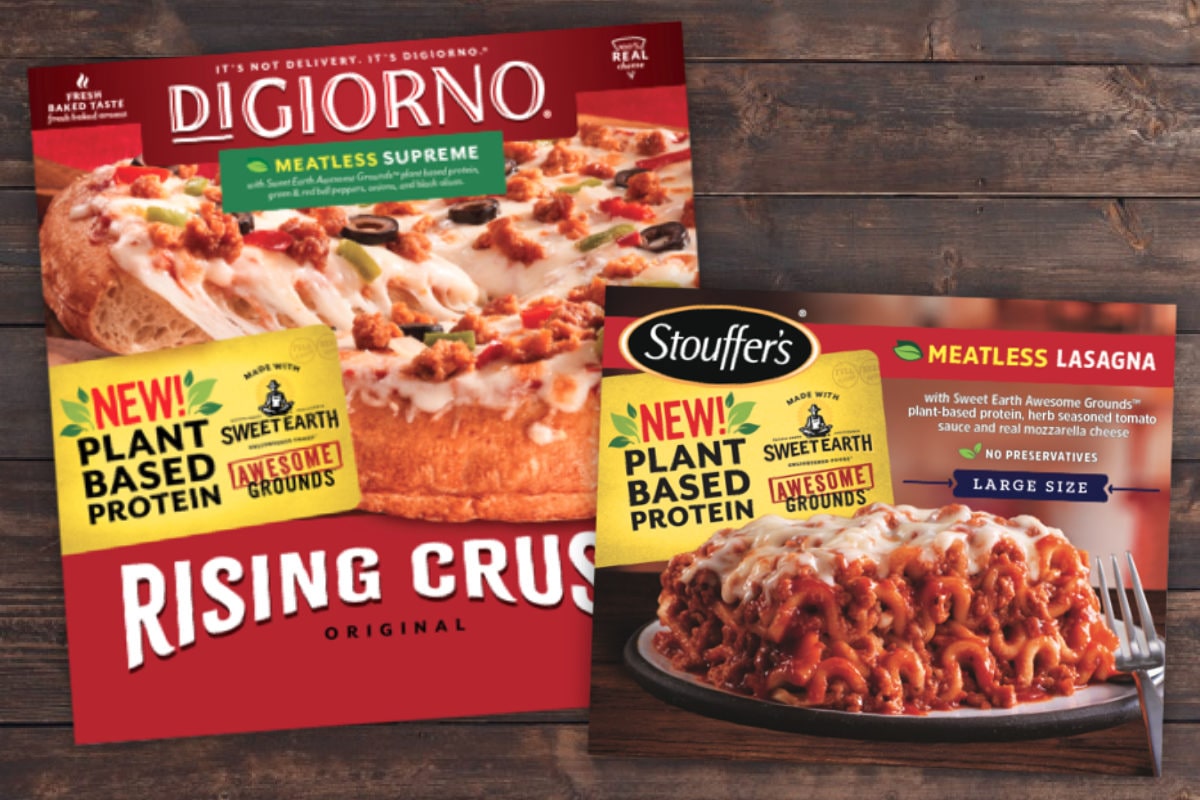 DiGiorno and Stouffer, two major frozen food companies, are looking ahead to 2020 with a new product: plant-based meats.

The new frozen plant-based meat additions to pizza and lasagna could be a part of their parent company Nestle’s effort to achieve zero net gas emissions by 2050.  Earlier this September, Nestlé announced that one of its acquired companies, Sweet Earth Awesome Grounds, will provide plant-based hamburger patties and ground “meat.” Soon, DiGiorno and Stouffer will feature the same meat alternatives by Awesome Grounds which has over 60 plant-based proteins.

Related: Retail Industry for Meat Substitutes and Alternatives Estimated as a Billion-Dollar Industry

“There’s no denying the current modern food movement is revolutionizing the plant-based space,” said John Carmichael, president of the Nestlé foods division in a press release. “By adding Sweet Earth Awesome Grounds to Stouffer’s and DiGiorno offerings, we’re able to offer our customers the chance to incorporate plant-based meals into their diets while still enjoying the same convenience and delicious flavor of brands they know and trust.”

Related: Move Over Meats! How Pizza Makers Can Appeal to the Growing Vegetarian/Vegan Market

Stouffer and DiGiorno are both prominent frozen foods company, and their participation in the plant-based meats trend indicates that plant-based options are here to stay.