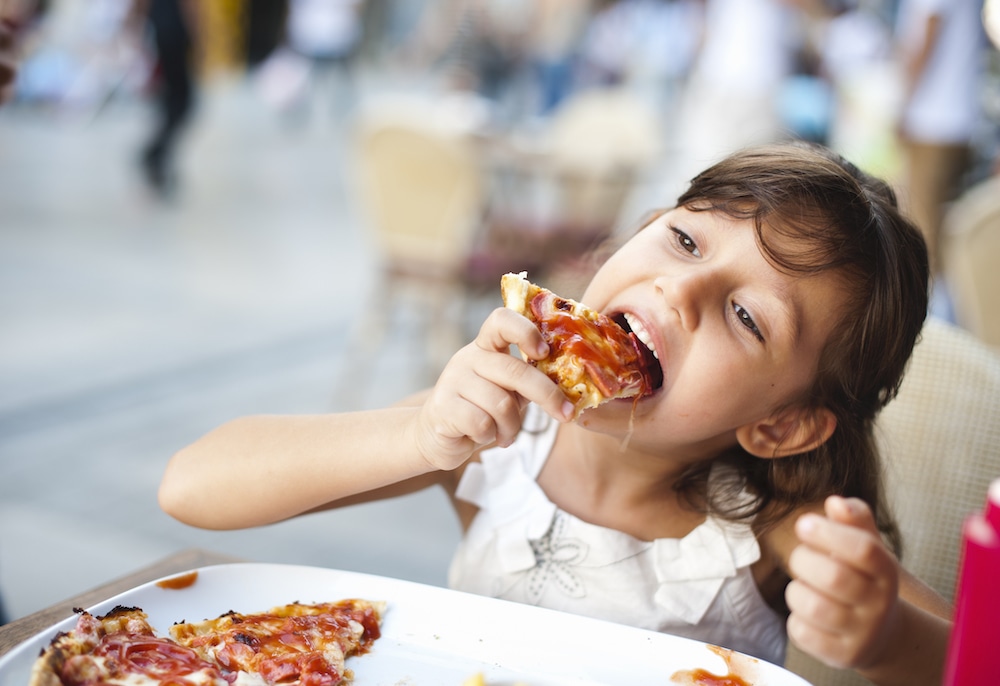 Customer satisfaction with two of the country’s top pizza chains—Domino’s and Pizza Hut—has risen during the pandemic, according to a new American Customer Satisfaction Index (ACSI) study conducted from April 1 through September 30, 2020.

Compared to the ACSI 2019-2020 Restaurant Report (which covered April 2019 to March 2020), Chick-fil-A remained tops in customer satisfaction among limited-service restaurants (LSR) with a score of 84 in the pandemic era. But Domino’s saw its ACSI score climb by 1 percent to a score of 80 with improvements across all benchmarks except for food variety. The boost put Domino’s in the No. 2 spot, tied with the category of “All Others” (the collective score of various smaller fast-food chains).

Pizza Hut climbed 3 percent to a score of 79 for a third-place tie with fellow Yum! Brands chain KFC. Papa John’s score dropped by 1 percent from a 78 score in the previous report to 77. Little Caesars also lost ground by 1 percent for a score of 75. On the plus side, a TOP Data survey this summer found that Little Caesars is the No. 1 preferred pizza provider in nearly half of all U.S. states.

Domino’s and Pizza Hut’s success underscores the need for independent pizza restaurants to continue fine-tuning their off-premise capabilities and to make digital ordering easier for delivery and carryout customers. 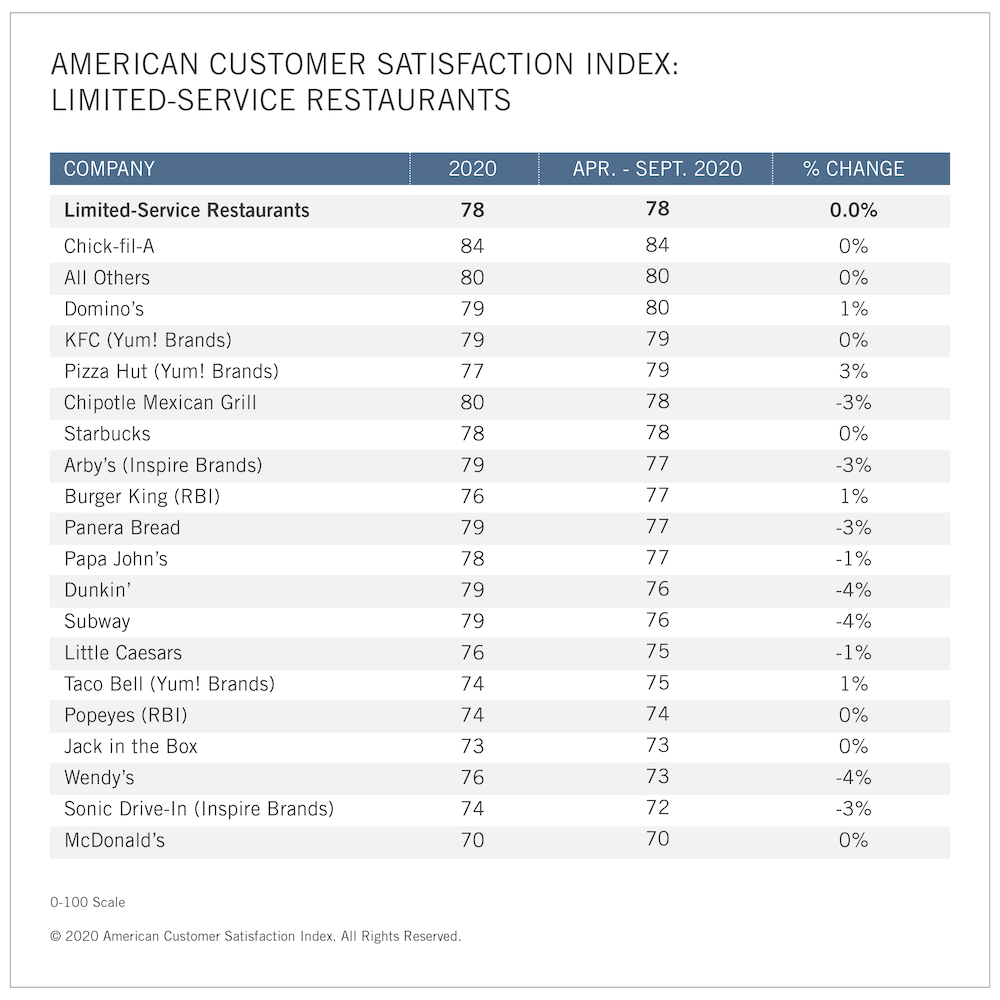 In the 2019-2020 Restaurant Report, only overall mobile app reliability improved among LSRs. But in the current study for April-September 2020, both mobile benchmarks are up, with mobile quality jumping 2 percent to 83 and mobile reliability inching up 1 percent to 82. Although declines are minor, the report found that customers are less satisfied with food quality, layout and cleanliness, and beverage variety.

Despite COVID-19 shutdowns of dine-in service throughout the country, satisfaction with full-service restaurants actually went up by 1.3 percent to a score of 80. The increase is surprising since this category tumbled 2.5 percent to a score of 79 in the previous ACSI Restaurant Report for April 2019 to March 2020.

At the same time, customer satisfaction with fast-food chains held steady at a score of 78.

“Given the shutdowns and setbacks, it’s pretty remarkable that the restaurant industry was able to meet customer demand and, in many cases, go above and beyond,” said ACSI Managing Director David VanAmburg. “Full-service restaurants showed tremendous adaptability by how quickly they pivoted from traditional dine-in to takeout and delivery options. As the industry becomes even more digitized, restaurants’ ability to evolve with the times should only benefit them moving forward.”

Customers in the latest study found full-service restaurants more satisfying from a delivery and takeout standpoint. Customers are now happier with delivery (up 5 percent to 81) compared to dining in (up 1 percent to 79) and carryout (up 3 percent to 77).

Olive Garden and Texas Roadhouse are now tied for first place in the full-service category with a score of 80. Customers felt Olive Garden has made significant strides with both its mobile app reliability and mobile app quality.

Regardless of their ACSI scores, the top pizza chains have been faring well in the pandemic. Domino’s reported an increase of 16.1 percent in same-store sales during the second quarter of 2020.

Pizza Hut took a hard blow this summer when its largest U. S. franchisee, NPC International, filed for Chapter 11 bankruptcy. But the chain reported a record-breaking week of off-premise sales in May and saw its same-store sales increase by 5 percent in the second quarter of 2020. Overall, Pizza Hut’s off-premise business also generated 21 percent same-store sales growth in that quarter.

And despite its lower ACSI score, Papa John’s has also been on a roll in the COVID-19 era, reporting a record-breaking increase of 28 percent in same-store sales in the second quarter.