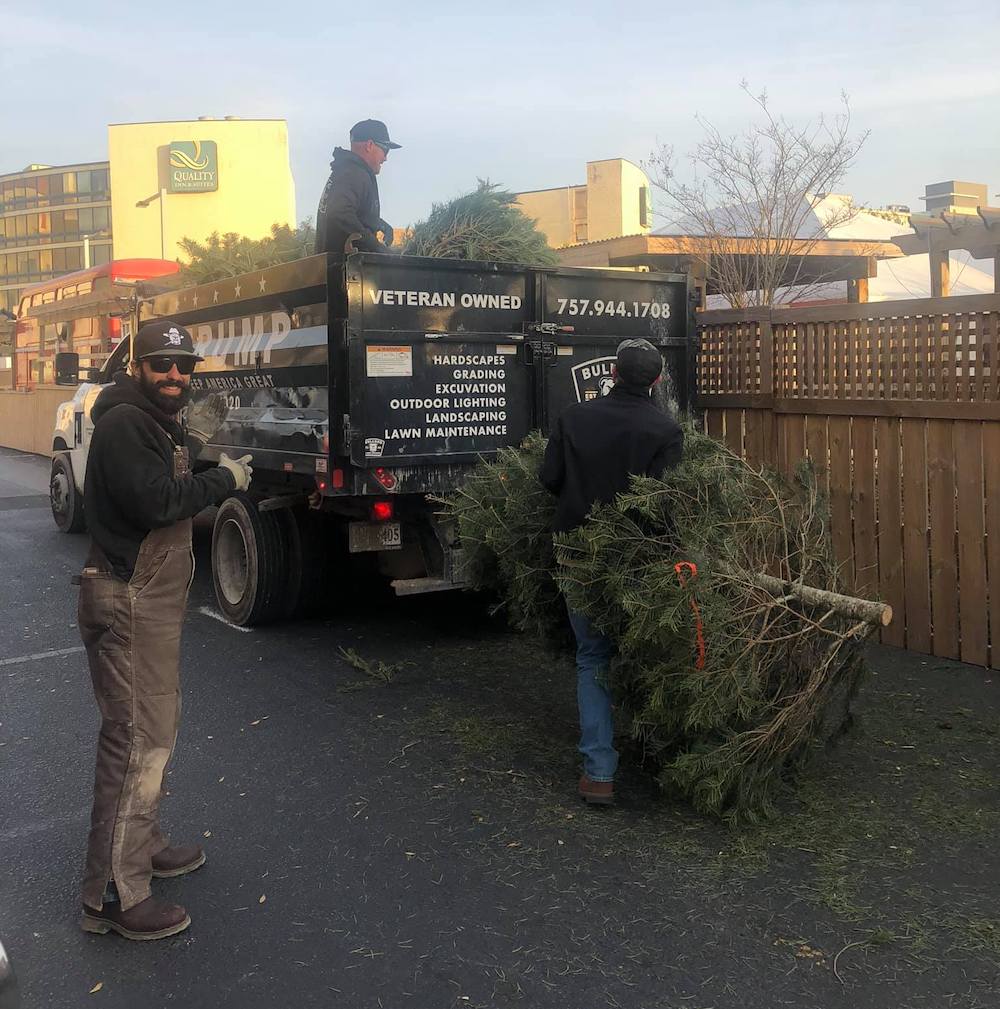 Chicho’s Pizza, with seven locations in Virginia, puts discarded Christmas trees to good use for the environment every January and has gotten positive free publicity for the effort.

With stores in Virginia Beach, Chesapeake and Norfolk, Chicho’s was founded by a pair of former Virginia Beach lifeguards. They developed the Christmas tree project, now in its third year, as a way to protect the Outer Banks beaches they love from erosion.

“We started off the first year, we thought we were going to get 100 trees,” Chicho’s Pizza co-owner Matt Potter told TV station WAVY. “It was kind of just a little fun thing to do. We wound up getting a thousand trees. Then last year really blew up. The community really liked it, and we wound up getting 2,500 trees last year.”

Potter and his partner have set a goal of 3,000 trees for this year. For every donated tree, customers receive a coupon for a $7.99 large pizza.

In addition to coverage by local TV news stations, Chicho’s tree drive has been featured on MSN.com and the Virginian-Pilot website.

Hurricanes and strong storms cause serious erosion in Virginia’s beaches. The problem has worsened with global sea-level rise due to climate change, according to the climate.gov website. Beach erosion causes damage to coastal property, structures and wildlife habitat totaling roughly $500 million a year.

Instead of tossing their Christmas trees in landfills, Chicho’s customers get to do their part to limit beach erosion and protect Virginia’s coastline. “We take the trees and line them up along the sand fence that’s already there, and over time, the sand will blow up over the Christmas trees, creating a more natural dune,” Potter told WAVY.

Norfolk resident Crystal Matthews is a key volunteer for the project, as 13NewsNow reports. A local Boy Scout troop has also helped collect trees, along with a Jeep club to which Matthews belongs.

“I’m the crazy tree lady,” Matthews said, noting that she presently has more than 200 trees lying in her front yard. “I love that people support this cause instead of just throwing the trees in the dumpster. It really means a lot to me.”