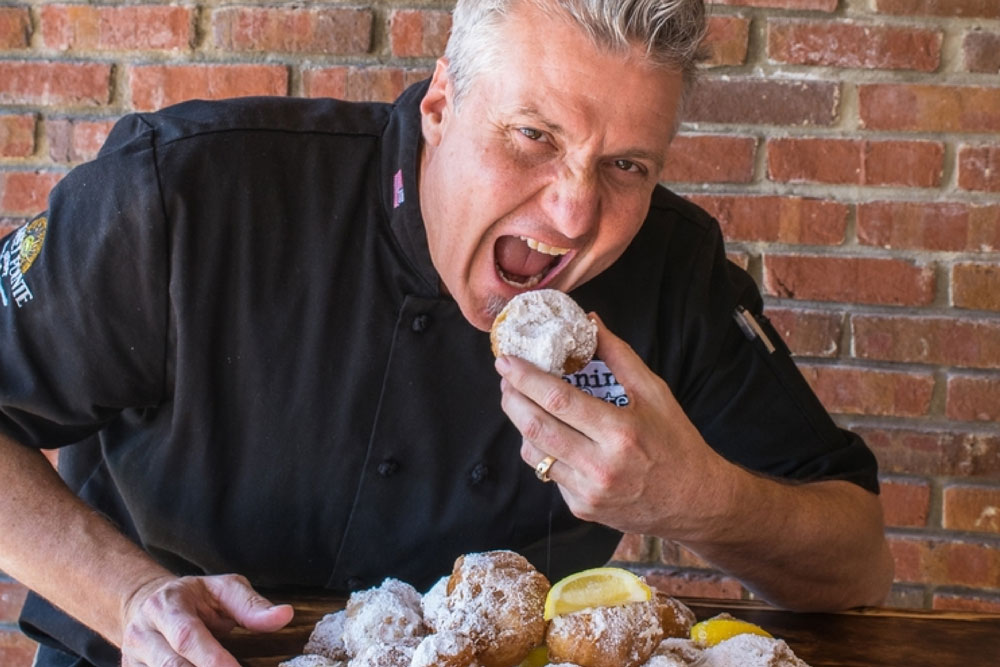 The term “French Quarter” usually conjures up images of New Orleans, Bourbon Street and Cajun food. Most of us don’t realize that there is a French Quarter in Alabama as well. And, nestled in the picturesque little town of Fairhope, also lies one of America’s hidden gems. Among a handful of local vendors, one of Fairhope’s main culinary attractions is Panini Pete’s, known for its Southern comfort food, paninis, and the treat no one can beat: beignets.

Owner and entrepreneur Pete Blohme has his hands in several culinary ventures in Alabama: Panini Pete’s, Sunset Pointe and Ed’s Seafood Shed. But dealing in seafood and Southern cuisine wasn’t enough for Blohme. He has also found a unique way to give back to our troops in the form of the Mess Lords, an elite group of celebrity chefs that travel to U.S. battleships, airbases and Army posts around the world to take over mess halls and give our protectors a real culinary treat.

Mess halls serve meals morning, noon and night to our front lines, serving a very important role, and are often overlooked. Blohme and his crew of culinary soldiers try to bring a little fun and excitement to the fuel that feeds our troops by teaching the mess crew tips and techniques to take regular “chow” and make it “wow.” Blohme is a busy man, but when he is not feeding the troops or visiting one of his many restaurants, he can usually be found milling around the kitchen at the Fairhope location of Panini Pete’s. Blohme was kind enough to visit the Chef’s Corner and share the recipe for his benchmark item, Panini Pete’s Lemon Jubilee Beignets.

“Military food is not bad; it’s just basic. But basic does not have to be boring. That’s what the Mess Lords like to bring to the troops and the mess staff—a way to brighten their day through good, fun and delicious food. Oh, and nothing beats a beignet.” 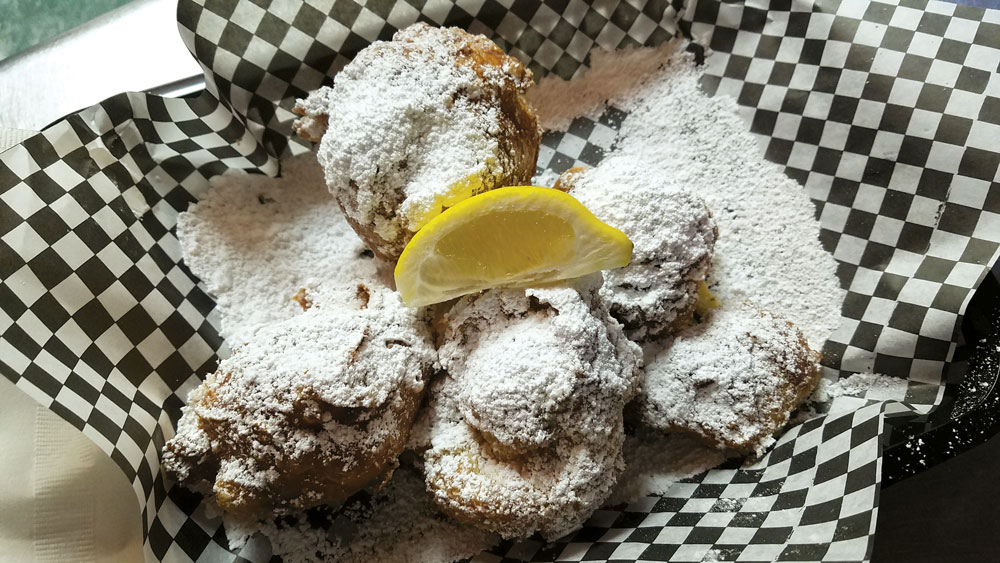 Place a sifter in a medium bowl. Measure the flour and then sift it into the bowl. Set aside. In a separate bowl, whisk the eggs until blended and add the vanilla. Set aside.

Bring the water, sugar, salt and butter to a boil in a saucepan. Remove from heat. Add the sifted flour and stir with a whisk to combine and form a dough. Add the egg mixture in three stages, blending well with a wooden spoon between each stage.

Using a 1-oz. scoop, scoop the dough into balls, then place into the fryer basket. Submerge in the hot oil.

Strain the fried beignets and transfer into a bowl. Sprinkle immediately with confectioners’ sugar.

For more information about Blohme, and his restaurants and adventures in the Mess Lords, visit PMQ.com/blohme to read or watch the full-length interview, or visit paninipetes.com or facebook.com/messlords/. 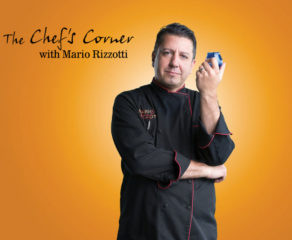 Mario Rizzotti: Why Simplicity Is the Key to Good Recipes