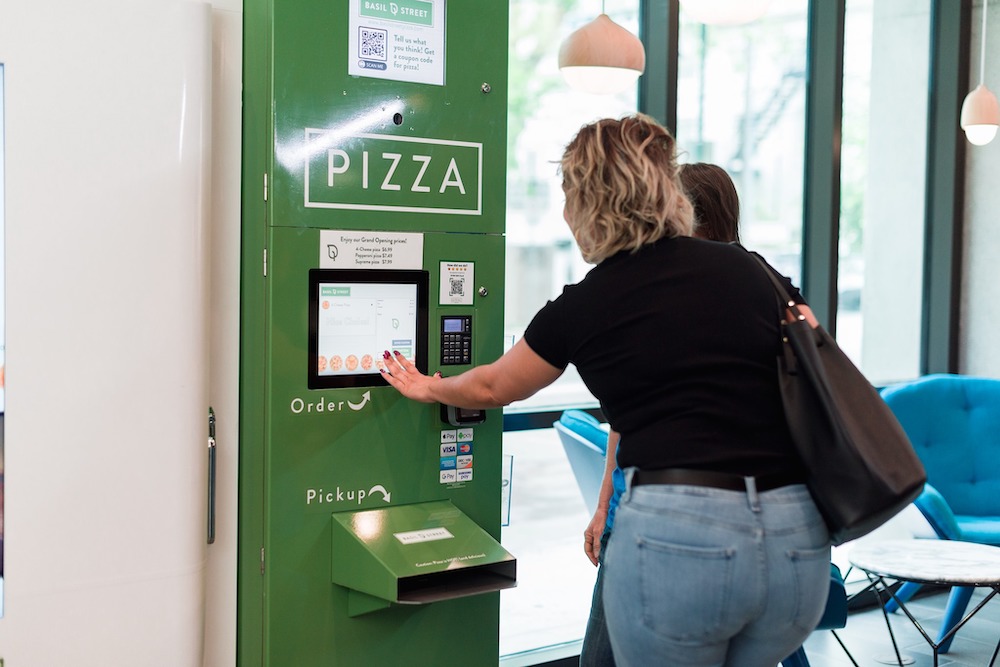 Related: This small pizza chain bets on robots to “future-proof” its brand

Basil Street Pizza, a startup specializing in automated pizza kitchens (APKs), has billed itself as “the future of pizza,” but it looks to be history, according to Ottomate, a business publication focused on restaurant automation.

Basil Street Pizza piloted its prototype kiosks in several states—including California, Nevada, Texas and North Carolina—in 2020 and currently has a dozen APKs operating in high-traffic locations like airports, military bases and hospitals. A unit opened in Denver last July—at an Irish pub called The Celtic, no less—and plans called for expanding to 50 units around the U.S. by Fall 2021.

In September 2021, Basil Street announced that it was partnering with Celestica, a leader in design, manufacturing and supply chain solutions, to scale up manufacturing to meet demand for its robotic, brick oven-style pizza kitchens, which could bake a 10-inch, thin-crust pie in about three minutes. The plan was to optimize the value of the brand’s build by increasing the APKs’ consistency and quality.

It all looked promising, but somewhere along the way, something did not compute.

Ottomate attributes the company’s closure to two main factors: manufacturing delays in China owing to the COVID-19 pandemic and regulatory compliance issues related to crowdfunding, which “basically lost a year of investment” for Basil Street.

Most recently, Basil Street was working to raise $20 million with a crowdfunding campaign on SeedInvest, but that campaign has since closed. The brand had previously drummed up $10 million in traditional funding in March 2020.

“Basil Street was seemingly doing all the right things,” Albrecht wrote in a recent Ottomate newsletter. “It had a pretty huge addressable market (who doesn’t like pizza?). It not only had an actual product, but it had 12 production units already in the field generating revenue. And it also had a distribution deal with Prepango, which would get Basil Street machines into venues like airports. But all that wasn’t enough. Scaling food robotics is expensive, so you better make sure you have enough money in the bank before you head to market.”