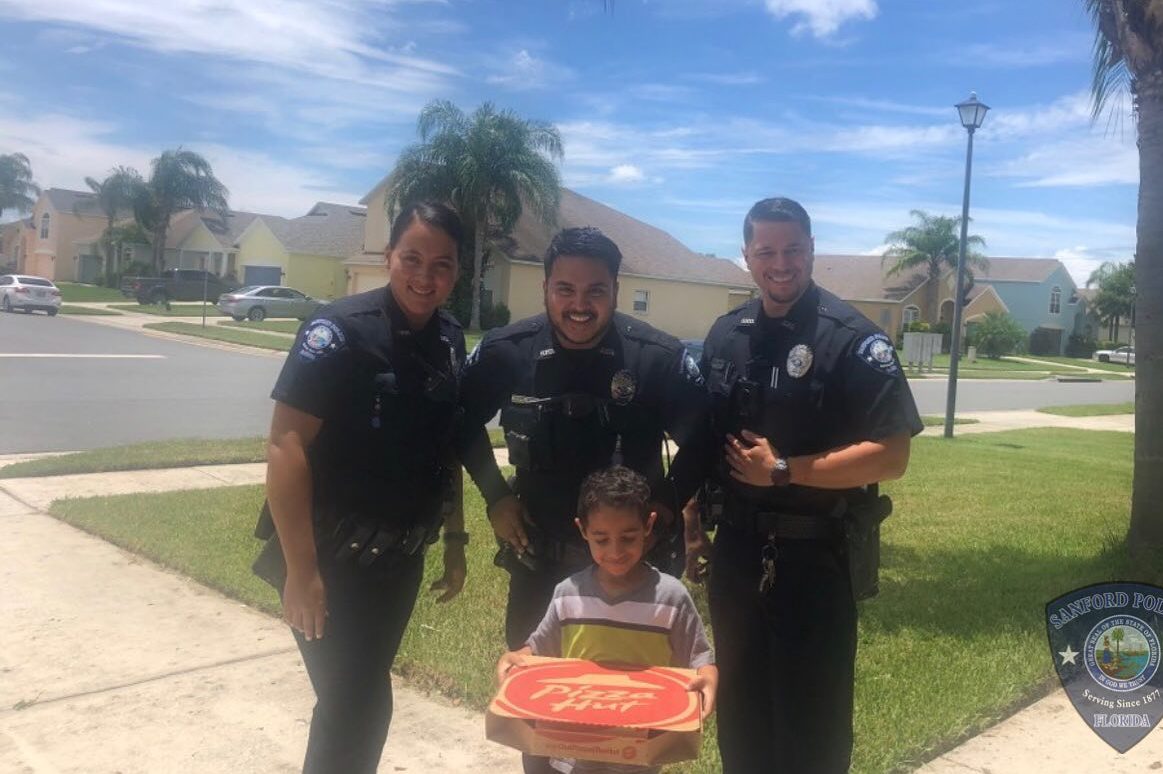 Officers Morales, Mejia, and Hernandez pose with Manny Beshara who called the emergency line for pizza.

As soon as the child, Manny Beshara, made the phone call, three police officers showed up for a wellness check. While they were driving, the dispatch informed them that the child said he was hungry and wanted pizza.

When they arrived on the scene, they met a frazzled 15-year-old Madonna Beshara, his older sister who said she only turned away to make him a bowl of cereal. She said that as soon as she found him on the phone, she hung it up. The phone rung again.

“Two seconds later I answered (the phone and it) was the sheriff’s department. I was like, ‘Oh God, what did he do,'” said Madonna.

Officers Morales, Mejia, and Hernandez saw this as an opportunity to teach him about the proper use of 911 and then left. Suddenly there was another knock, and the three officers were standing with a large box of pizza from Pizza Hut.

The Beshara family was so grateful for the officers’ kindness that they showed up at the police station on Monday to personally deliver three cheese pizzas.

“I think the little man understands now what 911 is about,” said Sanford Police Chief Cecil E. Smith to ClickOrlando.com. “Having the officers go out and have that life experience with the young man — that is outstanding.”