How to Solve the Problem of Wet, Sticky Pizza Dough - PMQ Pizza Magazine 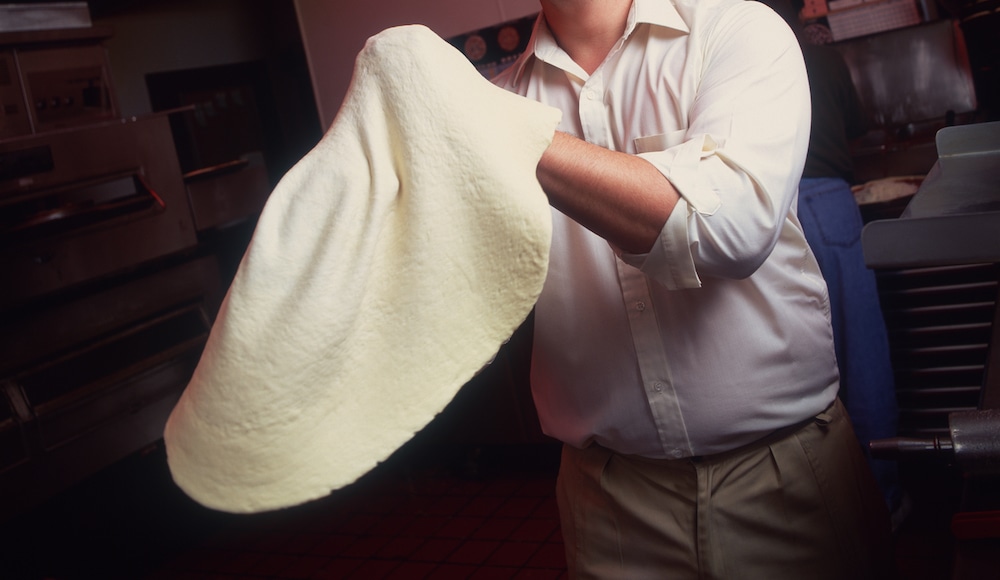 Q: A major problem we have is wet and sticky dough when we take it out of the dough boxes after a night in the cooler. We have tried reducing the amount of water added to the dough, but this has not helped. What is the solution?

A: Your description of your dough management procedure tells me exactly what your problem is. After mixing, you probably take the dough directly to the bench for scaling and balling, then place it into your dough boxes and stack it in the cooler for use on the following day. However, you forgot a very important step!

Cross-stacking the dough boxes in the cooler before nesting them is a crucial step in getting an easily handled dough batch after a night or more in the cooler. Currently, your dough is warmer than the cooler. As a result, the dough is sweating, with the condensation collecting on the inside of the dough box. So the dough balls are wet and sticky.

By cross-stacking the dough boxes when you first put them into the cooler, you will allow the moisture to escape from the boxes. Once covered and nested, they will no longer sweat, and the dough will not be wet and sticky when you remove it from the cooler.

Note that these recommendations are for a walk-in cooler. If you are using a reach-in cooler, I suggest that you reduce the finished dough temperature (the temperature of the dough as it comes from the mixer) to no more than 75ºF and then add 30 minutes to each of the above suggested cross-stack times. These changes are needed due to the lower operating efficiency of the reach-in coolers when being loaded with a lot of dough balls.