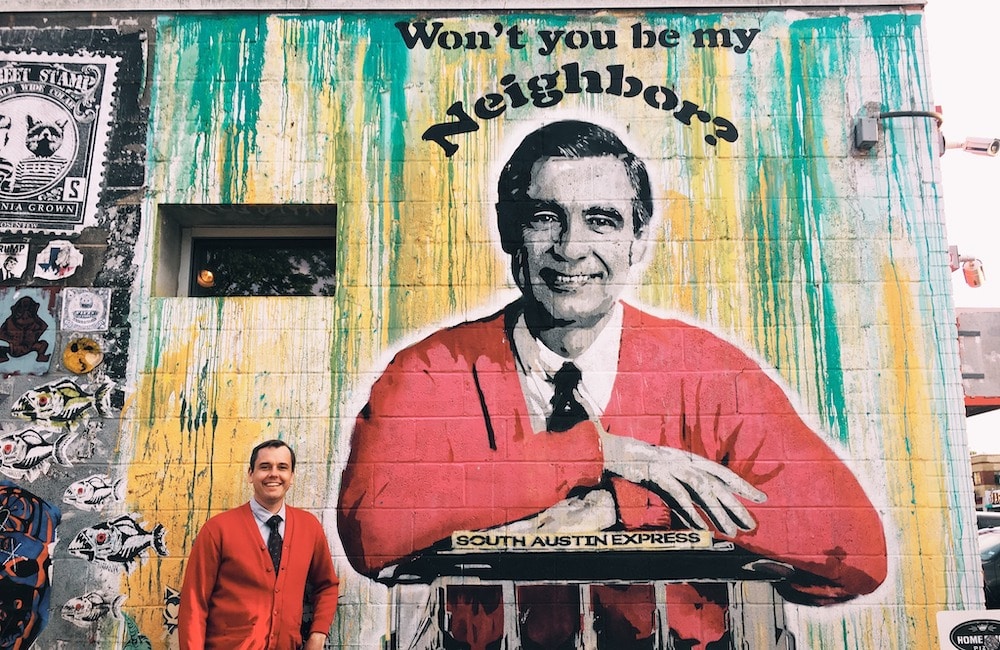 Home Slice is renowned for its colorful murals, such as this portrait of Mister Rogers.

All the cool kids are voting early this year, and Home Slice Pizza, with three locations in Austin, Texas, wants to keep the momentum going. The company has been offering free pizza to any customer who comes in with an “I Voted” sticker.

“Only the realest homies vote early,” the company said in a recent Facebook post. “Come celebrate exercising YOUR right to vote with a slice on us!”

Anyone who brings in an “I Voted” sticker can swap it for a free slice of cheese or pepperoni pizza as well as a “Queen of Pies” sticker. The latter refers to Home Slice Pizza co-founder Jen Strickland, who masterminded the pizzeria’s recipes.

Home Slice, a New York-style pizzeria, reopened for outdoor dining at its South Congress and North Loop locations last week and introduced the voting promotion at that time. “Only 63.8 percent of eligible voters in Travis County cast their ballots in the 2016 presidential election,” Adam Cooper, a partner in the company, said in a press release. “That means 32.6 percent of Travis County’s eligible voters didn’t vote at all. We hope the new ‘poll perks’ we’re offering will encourage more people to vote this time around.”

Mario Deleon, a Home Slice general manager, put it a little more succinctly in an interview with Fox 7 Austin. “The Vote for a Slice campaign is our way of spreading love and feeding our homies—homies that woke up super-early to go vote and people who waited in really long lines during a pandemic.”

Home Slice is also giving its employees paid time off to vote and to work at polling locations. 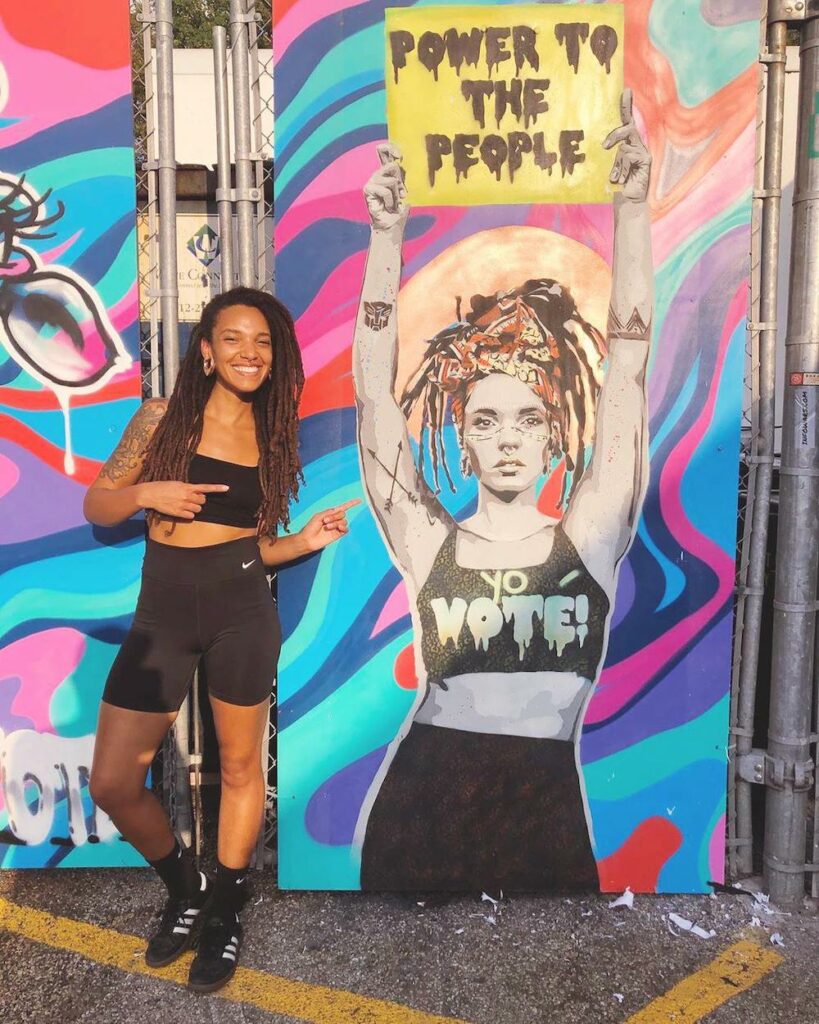 Additionally, Home Slice Pizza has demonstrated its commitment to racial justice and the Black Lives Matter movement with a new mural at its South Johnson location. Created by artist Devon Clarkson, the mural honors Javier Ambler, who was arrested in Austin in 2019 and died in custody of the Williamson County Sheriff’s Department, according to Culture Map Austin. No arrests have been made in connection with his death, although Sheriff Robert Chody was indicted on a felony charge of tampering with evidence for allegedly destroying video footage of Ambler’s arrest.

Home Slice is known for its colorful wall murals, including a tribute to Mister Rogers, a mural nominating Willie Nelson for president, and a “Power to the People” mural by artist Chantell Moody encouraging people to vote.