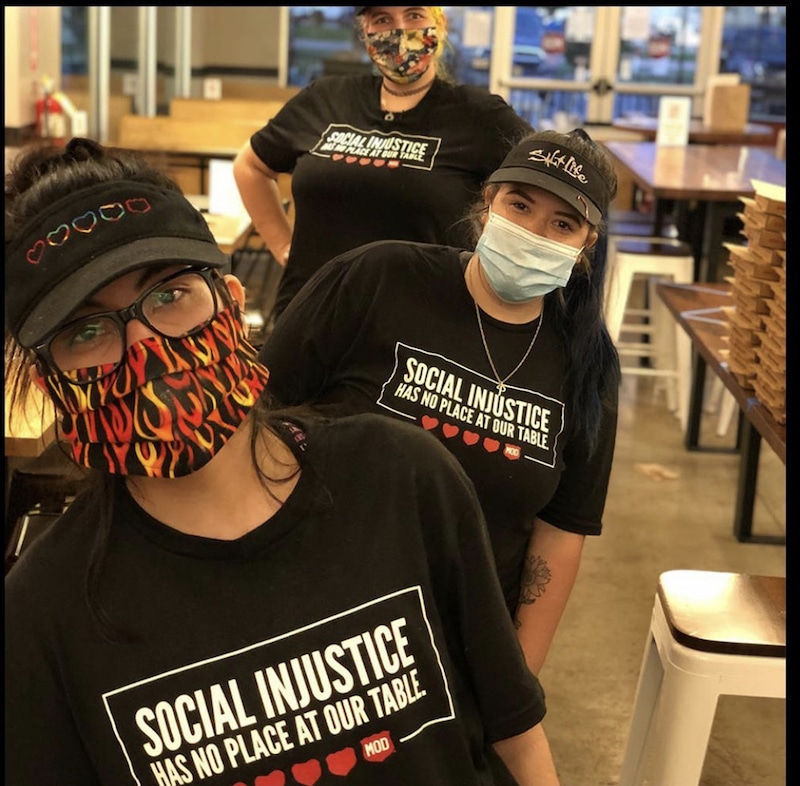 MOD Pizza employees around the country will be given time off to vote on Election Day this year, and the company plans to encourage voting through its website, social media and even its pizza boxes.

MOD Pizza, a purpose-led fast-casual brand, announced recently that some 8,500-plus Mod Squad members at company-owned locations “will receive time off to vote to ensure work is not a barrier against getting to the polls.”

Related: &pizza will close all of its restaurants on Election Day to encourage voting

Additionally, the company has begun sending customers home with pizza boxes imprinted with a “MOD the Vote” stamp that encourages them to visit the voter information website page. MOD will also use social media to share first-person voter stories from its MOD Squad members across the U.S.

“We strongly believe that every voice deserves to be heard and voting is one of the most powerful ways to create the future you want to see,” said MOD Pizza co-founders Scott and Ally Svenson. “With 70 percent of our Squad members under the age of 24—and many new voters—we wanted to make sure that MOD stepped up to support their right to vote. In an ongoing effort to be of service to the amazing people of MOD, this initiative is intended to uplift and empower our Squads to ensure their voices are heard.”

To inspire and encourage fellow Squad members to vote, many MOD employees have shared their personal stories and passion for voting, some of which will be posted on MOD Pizza’s social channels in the lead-up to Election Day. One such employee is Will, who was formerly incarcerated. “I was released from prison in October 2011, and on November 6, 2012, I was able to cast my vote,” he said. “I know that my vote matters not only in the presidential race but in all local and state races, and that I can make a difference in my community and in the lives of those around me.”

“Don’t assume young people only care about celebrities or pop culture,” said Christopher, another MOD Squad member and young voter. “Voters have the power to shape outcomes for this nation, but only if they provide input and show up on Election Day to vote. People need to vote like it matters. Because then it will.”

MOD Pizza has also been using social media to emphasize its stand for social justice. On a Monday in June, the company set aside a portion of the profits from each pizza sold to raise money for the Equal Justice Initiative, a nonprofit that works to end mass incarceration, excessive punishment and racial inequality. The company also offers T-shirts that read, “Social Injustice Has No Place at Our Table.”

“We are facing a significant moment in our country—real challenges that we cannot and will not turn away from,” the Svensons wrote in a letter to employees on the MOD website on June 1. “MOD has always stood for acceptance, tolerance, inclusion and opportunity for all. We are compelled and have the responsibility to condemn social injustice and racism and any actions that promote division. MOD exists to serve people in order to contribute to a world that works for and includes everyone. Never has there been a more important time to live our values.”

MOD Pizza was the nation’s fastest-growing restaurant chain in 2018 and 2019, according to Nation’s Restaurant News Top 200 report. The company moved to No. 3 in NRN’s 2020 report.