Video: Ramen Noodles Rock, But Is This Really a Pizza? - PMQ Pizza Magazine 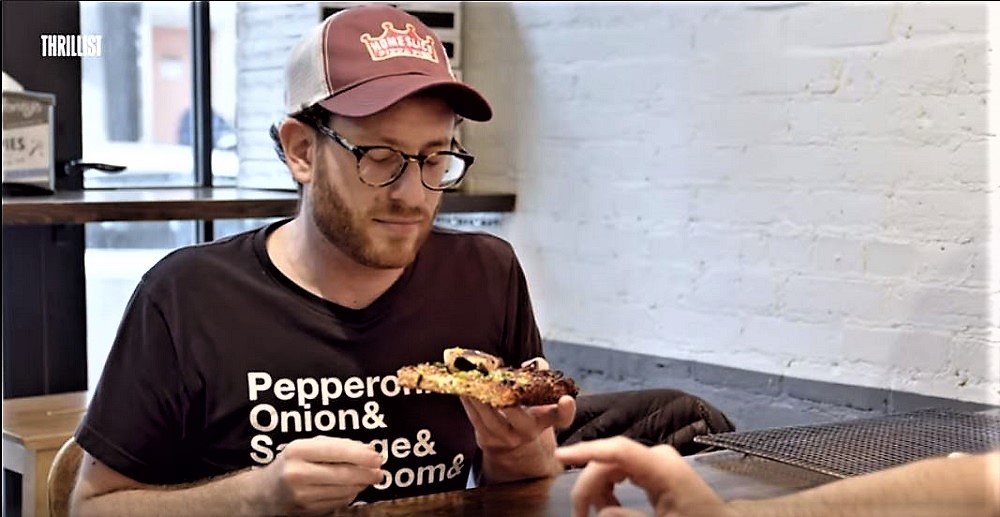 Creating a pizza crust out of Ramen noodles isn’t the craziest idea Mike Hauke, owner of Tony Boloney’s in Atlantic City, has come up with. Not by a long shot.

Now Hauke is making news again with his Devour Ramen Pizza, crafted with a Ramen noodle dough and topped with a spicy tomato-chili sauce, dry-aged mozzarella seasoned with Japanese spices, scallions, sesame seeds, soft-boiled eggs and seaweed, according to Thrillist.

Some might question whether such a concoction even qualifies as pizza, especially a “pizza purist” like Mark Iacono of Lucali, which has locations in Brooklyn and Miami. Iacono tried the pie at the behest of his buddy Scott Wiener, owner of Scott’s Pizza Tours in New York and the co-host, along with Iacono, of the new Thrillist show, “Really Dough?”

“Mark has a fixed set of rules upon which all pizzas are judged,” Wiener says in the show’s debut episode.

“Sauce, cheese and dough,” Iacono puts in. “You walk into a pizzeria, the smell should punch you in the face.”

Hauke makes his Devour Ramen Pizza dough with two types of Ramen noodles—freshly made noodles that have soaked in water for four hours as well as “the good old, dried instant Ramen pack of noodles that take you back to your college days,” he says.

The toppings are added after the crust has been baked, creating “discrete strata, which I’m always looking for,” Wiener notes. “It’s a pizza if I see discretion among strata. So this is kind of testing my own personal definition of what is a pizza.”

So how does the Devour Ramen Pizza measure up to Iacono’s standards? “This is really good,” Iacono says in the video. But does he consider it to be an authentic, honest-to-goodness pizza? Watch the video to find out.