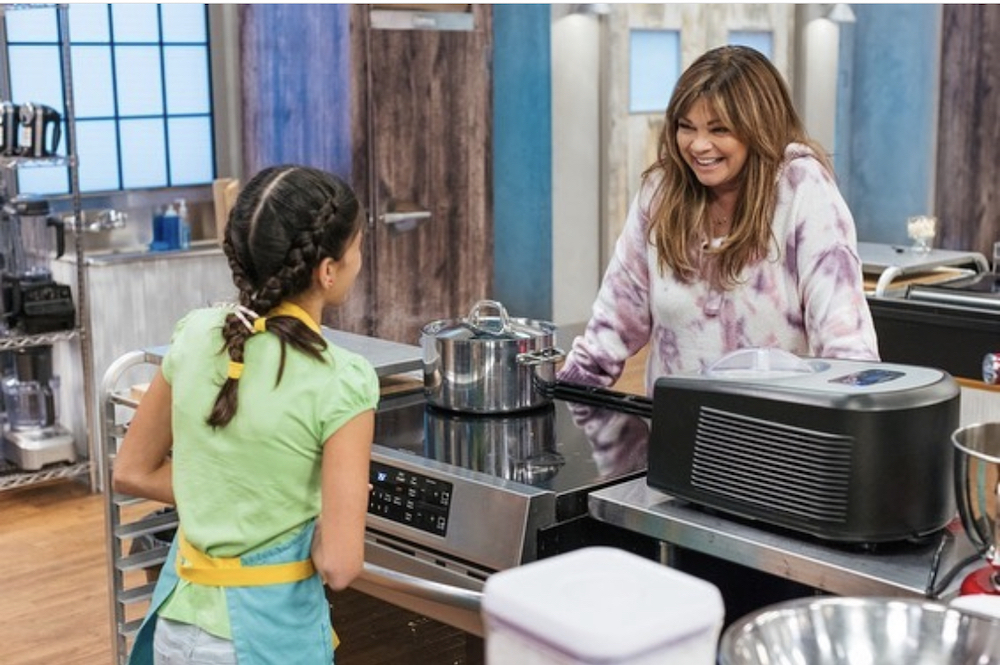 Valerie Bertinelli has Italian roots and pizza sauce in her veins. But when she makes her own pies at home, she takes a short cut: She mixes her dough in a food processor because, she said in a recent video, “it does all the work for me.”

Bertinelli won the love of millions of teens, especially boys, in the 1970s as the co-star of “One Day at a Time.” She later settled down with rock guitarist Eddie Van Halen and starred with Betty White in “Hot in Cleveland.” Today, she’s still in the public eye as the host of cooking shows on the Food Network, including “Valerie’s Home Cooking” and “Kids Baking Championship.”

In a recent “Valerie’s Home Cooking” installment, Bertinelli offered her recipe for a Butternut Squash and Arugula Pizza, including her secrets for homemade dough. “I’m gonna put some rosemary in my dough to really amp that flavor up,” she explains. “I don’t want big chunks of rosemary, I just want that aroma.”

After baking the pie, Bertinelli piles on arugula that’s been tossed in olive oil, the zest of one lemon and a little lemon juice.

Watch the video and get the full recipe for Valerie Bertinelli’s Butternut Squash and Arugula Pizza here.

Bertinelli’s great-grandmother (on her father’s side) cooked in a private residence and operated a food cart in Italy before saving up enough money to move to the U.S. Tom Vitale, Bertinelli’s second husband, also reportedly had Sicilian roots, so the actress’s love for Italian cuisine and culture is no surprise.

“I would sit in my Aunt Adeline’s basement and watch my Noni make cappelletti in brodo, gnocchi and her fried bread,” Bertinelli told the Philadelphia Inquirer. “I learned to make that—I was 6 years old, probably.”

By the age of 10, she knew how to make her mom’s lasagna and cherry cheesecake. “It was something I loved, hanging out in the kitchen and watching my mom.”

And, as an actress, cooking on camera comes naturally to her, she added in the Inquirer interview. “​​I’ve been cooking longer than I’ve been acting,” she said. “Acting, now that I look back, was a setup for doing what I love. By cooking on camera, it’s a whole different animal than cooking at home. Years of training on camera made me able to just cook on camera and invite people into my kitchen. That was my goal. I want people to realize you don’t have to be a trained chef. It’s a chance to be able to spend time with your family, share love, and communicate. Our dinner table was a place to reconnect, and food can be that connection.”