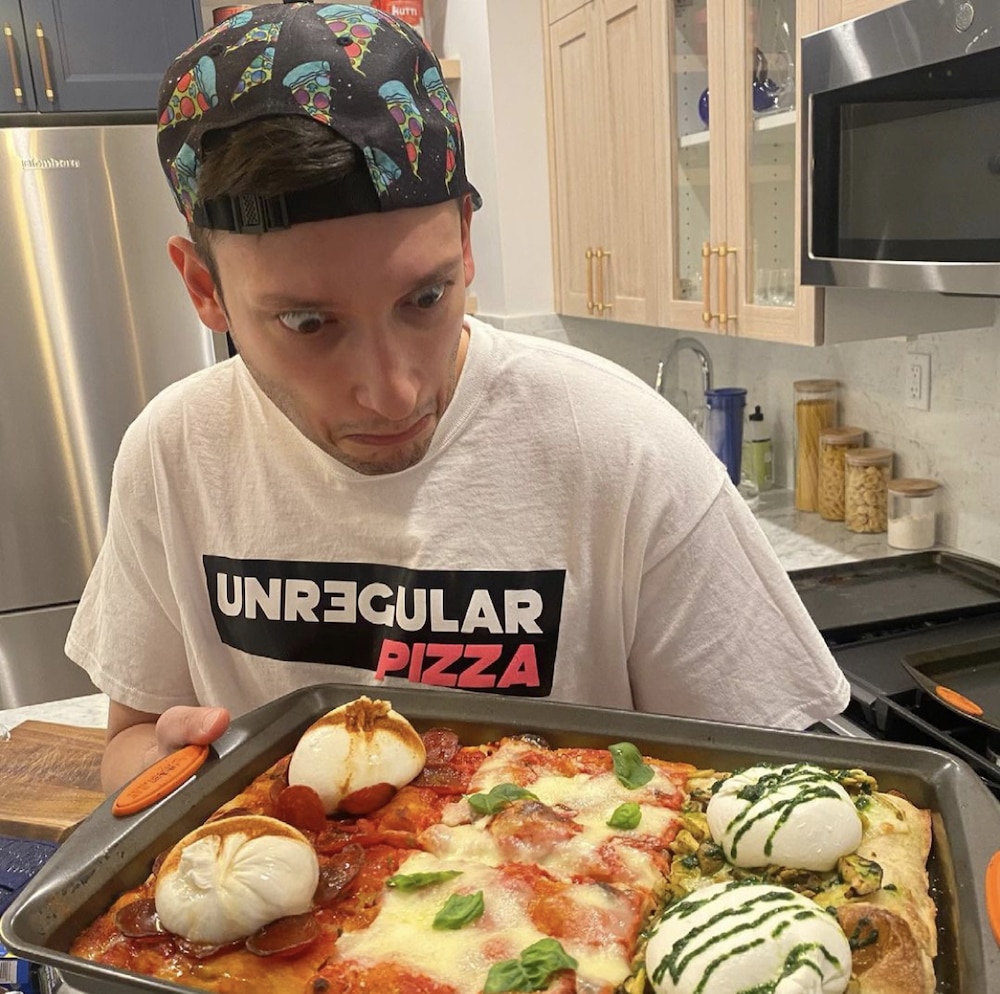 Aspiring pizzeria owner Gabriele Lamonaca spent much of the pandemic year of 2020 making pizzas in his home kitchen in Harlem and swapping them for other homemade foods in a highly publicized project he called Unregular Pizza. Now his hard work—and shrewd marketing through Instagram—has paid off. He opened his own brick-and-mortar pizza shop, also called Unregular Pizza, in Union Square last week.

As Eater.com reports, Lamonaca partnered up with pizza/pastry chef Salvatore Gagliardo in the new business, which opened on May 18. And while his pizzas now come with a price tag that’s not negotiable, he hasn’t completely abandoned his bartering model.

On May 20, Lamonaca conducted a trade with the first person who bartered for one of his pies last year. And he will continue to conduct trades once a day, signaled by the ringing of a bell, to keep the tradition alive at his shop.

“Extrapolating from an ancient tradition which springs from necessity, this pizzeria will be the first shop in NYC (and possibly the world) to offer one barter a day in exchange for any food or drink creation New Yorkers feel like bartering,” a press release for Unregular Pizza states.

As PMQ reported in the Moneymakers section of its April issue, Lamonaca had planned to open a pizza shop in the Big Apple last year, but the pandemic scuttled his plans. Instead, he continued to refine his recipes—and develop new ones—at home and announced that he would happily trade them with his friends in exchange for baked goods and other items. When he began posting photos of the trade-offs on his Instagram page, he attracted more followers as well as the attention of the local media, including the New York Post and websites like Time Out and Eater.com.

Before long, he was bartering his pizzas for goodies like homemade pastas, desserts, breads, bottles of wine and tins of sardines. A photographer traded a photo shoot for a pizza, while a dentist paid him with Chinese brandy chicken and a pair of electric toothbrushes.

Lamonaca told the New York Post earlier this year that the trades are always “exciting,” adding, “You never know what you’re going to get in the barter.”