How to Make a Better-Tasting Pizza Sauce - PMQ Pizza Magazine 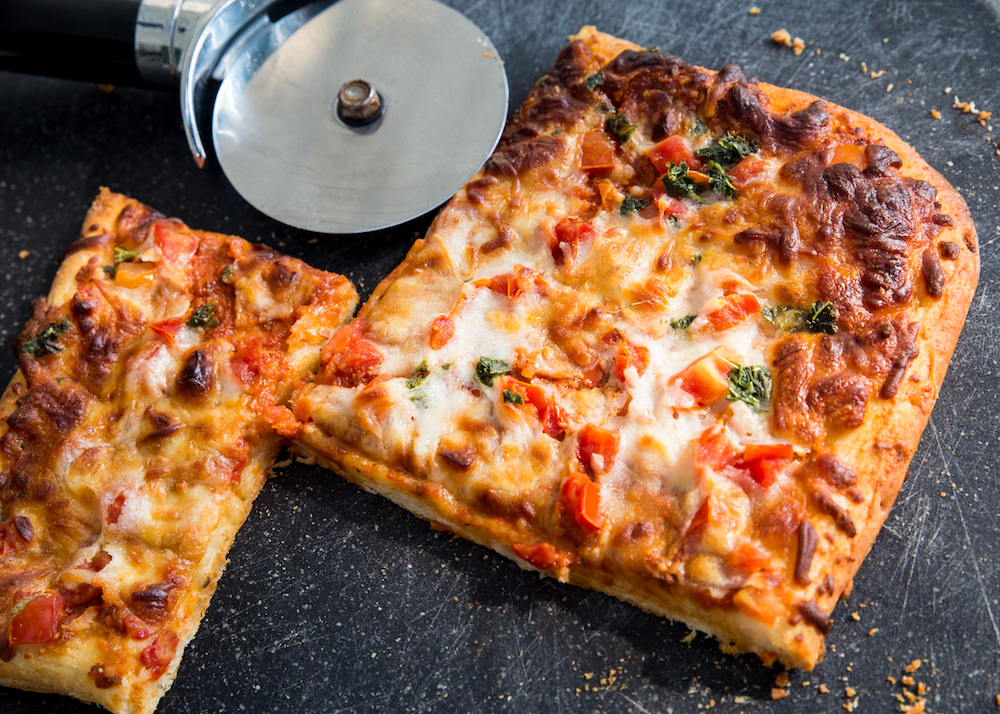 Don't underestimate the importance of sauce to the overall flavor of your pizza.

There are three main components to a pizza: crust, sauce, and cheese. Crust provides a foundation to support the pizza’s other elements, and cheese provides a pleasing mouth-feel and flavor. However, thinking back to the last great pizza you enjoyed, chances are you best remember the tomato sauce.

A study conducted by a sauce manufacturer revealed that the crust provides only six percent of a pizza’s overall flavor, while cheese contributes 21 percent. Toppings account for 32 percent of the flavor, and sauce accounts for a whopping 41 percent – almost half! If you want to get more flavors in your pizza, tweaking your sauce can give you the biggest bang for your buck. Even better, tomato sauce is a flavor bargain, accounting for 10 percent or less of the overall ingredient cost, while cheese is the most costly ingredient, followed by toppings and then crust.

In short, while the crust is important, most of the pizza’s flavor comes from the sauce. You get the flavor from the toppings, too, but you should never skimp on your sauce ingredients. Always buy the best.

The History of the Tomato
While there are many variations to the sauce base, such as pesto, white sauces, and others, the tomato-based sauce is still the most popular. To better understand its popularity and usage, let’s look at the origins of the tomato. Many may think that tomatoes originated in Europe, but it’s actually indigenous to the Americas. Tomatoes were grown by the Aztecs and Incas and discovered and carried back to Europe by the conquistadors, quickly finding favor in areas like Spain, Italy and the Mediterranean. The French called them “love apples,” and Germans referred to them as “apples of paradise.” But for a while, many Europeans refused to eat tomatoes, assuming they were poisonous – after all, tomatoes do belong to the same family as the deadly nightshade. This fear of tomatoes was also found in colonial America but was soon overcome when the Creoles started using them in gumbos and jambalayas. In the 1600s, a farmer stood on the courthouse stairs in Philadelphia and ate a dozen tomatoes to prove they weren’t dangerous. The rest is history. 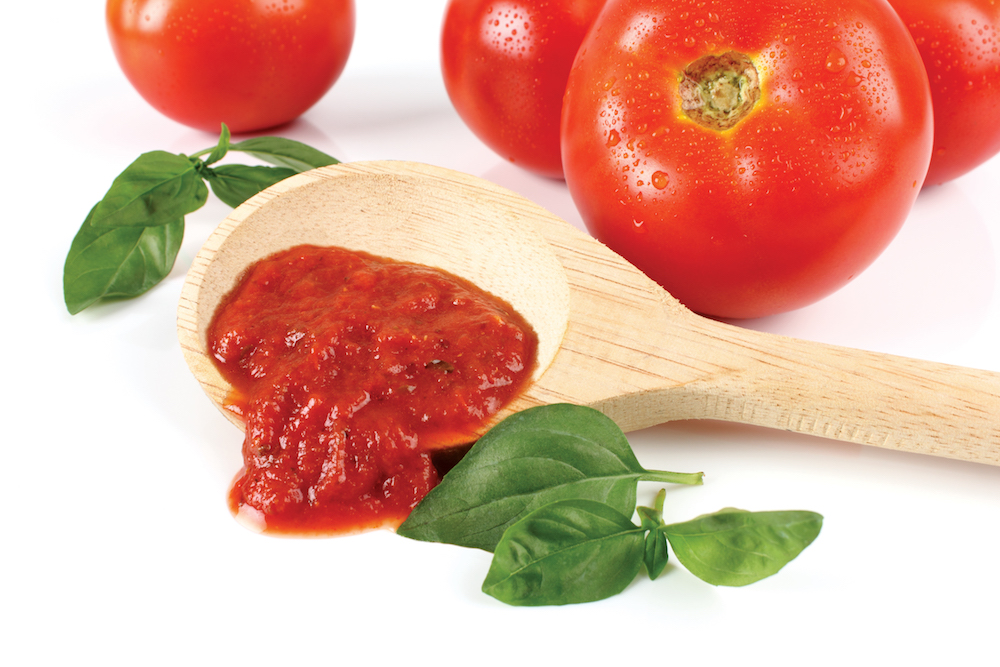 Nearly all pizzerias use a tomato-based sauce for pizza, so let’s understand more about the production and divisions of sauce. There are four main divisions of sauce: concentrated crushed, sauce, paste and heavy puree. Concentrated crushed generally has some of the liquid drained and is typically more chunky and has high amounts of solids and salt. The sauce has flavors added and lacks chunks of tomatoes. The paste is usually heavily cooked and has a concentrated tomato flavor, while a heavy tomato puree is thick and may contain salt. The puree also has the seeds and skin screened out, while sauce has a trace of seeds and skin, producing a natural feeling in the mouth.

When it comes to using sauce, most pizza makers would be insulted if you asked them to open a can of ready-to-use sauce and apply it directly to the pizza. After all, who wants their pizza to be ordinary? Most pizzerias start with a base and add their own secret ingredients. 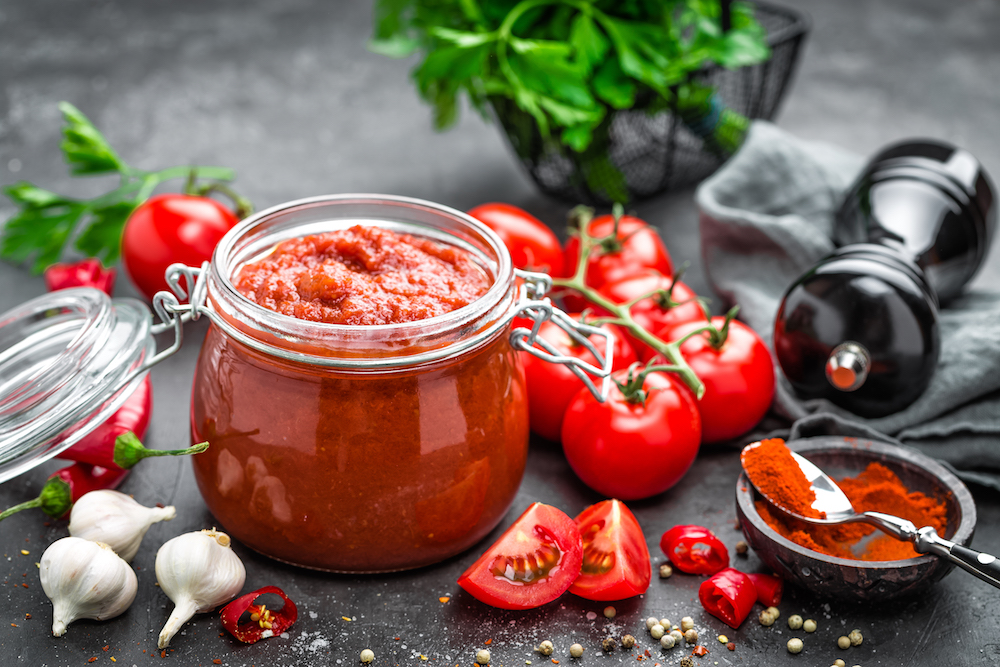 When looking for just the right sauce, the first thing desired is the flavor. A first indicator of flavor can be the color of the sauce. You want a nice red color, but not too dark. In many cases, the darker colors may indicate the tomatoes were overcooked. Also, when you cook your sauce, it becomes even darker. Cooking pulls from the flavor and the color.

These are your basic additives, but there are other things you can add to your sauce to enhance the flavor, one of which is olive oil. Extra-virgin olive oil is best, but you can also use flavored olive oils. One thing you can do to flavor olive oil is to put the oil in a pot and add peeled garlic. Heat the oil, being careful not to overcook it and burn the garlic, and let it sit for 20-30 minutes. This can be done with basil and other herbs, too.

To bring out the flavor in your pizza sauce, you can also use Romano cheese, black pepper, and finely chopped white onion. Be careful in using oregano, which can make the sauce bitter and cause it to go bad in just a few days. Oregano might also give some customers heartburn.

There has always been a debate about whether your sauce should be cooked or not. If you insist on cooking your sauce, consider using a steam kettle, which can keep it from burning. If your sauce does burn, do not disturb the burnt part on the bottom. Immediately transfer the sauce to another pot and add a small amount of vegetable stock or pasta water, which has a lot of flavors. However, if you detect the slightest hint of a scorched flavor, you’ll have to start all over.

Another disadvantage of cooking a sauce has to do with lost flavors. When the sauce is cooked, the kitchen will smell great, but those aromas will never be appreciated by your customers as they have been lost forever from the sauce. The normal cooking that the sauce receives on the pizza during its baking is sufficient and it will still release those wonderful aromas. Something else to consider when thinking about pre-cooking a sauce is that you have to get it chilled back to 40 degrees F in a safe and timely manner. Remember, your four-hour food safety clock is ticking while your sauce is between 160 degrees F and 40 degrees F, so you will need to get it chilled down as quickly as possible. This might be easier said than done as 60 to 70 pounds of sauce can take some time to cool down even in the best retarder.

In that case, start your sauce with tomato products that are as close to ready-to-use thickness as possible. Why? Because the longer a tomato is heated, the more it will lose its fresh flavor and instead create a cooked flavor. For a fresher flavor, dial back the temperature and cooking time.

This story is edited from the original version that appeared in PMQ in 2003.