The Russians are coming—and bringing pizza with them! - PMQ Pizza Magazine 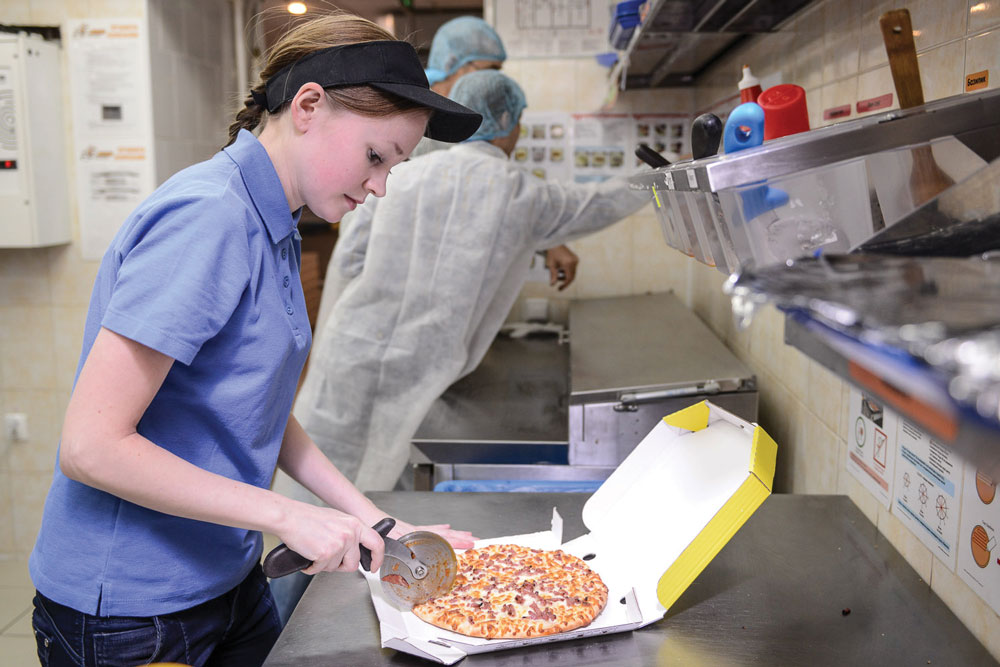 Don’t let that fresh young face fool you. Fedor Ovchinnikov, founder of Russian pizza chain Dodo Pizza (dodopizza.ru)—and subject of this month’s cover story (“From Russia With Love,” page 38)—may be only 33, but he has become a leading light of capitalism in his homeland. PMQ publishers Steve and Linda Green first met Ovchinnikov on a trip last year to Russia, where they visited a Dodo Pizza store and came away profoundly impressed. Back in the States, Steve spoke exciedly about this high-tech, high-energy chain headquartered in Syktyvkar, near the Arctic Circle. But I had my doubts. What, I wondered, could our readers possibly learn from a bunch of young Russian upstarts about the pizza business?

Plenty, as I discovered after spending time myself with Fedor and his right-hand man, Emiliano Ananyin, during their recent trip to the United States. Striving to succeed under a Putin-led political regime that isn’t exactly friendly to American-style entrepreneurialism and an antiquated bureaucracy that moves at a glacial pace, Fedor has remained undaunted. He makes extensive use of social media, blogging and direct mail to promote his pizzerias—43 franchised and five corporate-owned—and offers online ordering at every location. He invites customers to watch their pizzas being made via webcams in every Dodo Pizza kitchen. His company’s cloud-based IT system is second to none.

Ovchinnikov also shares his financials with the public, right down to a P&L statement published on the company’s website every month. This sort of corporate transparency is unheard of in the States; imagine how crazy it must seem to the denizens of the former Soviet Union. And yet Dodo Pizza has an undeniable coolness factor that resonates with Russians—and draws investors and franchisees like frat boys to a kegger.

No question, Steve was right: We can all learn a thing or two from Fedor Ovchinnikov. In fact, there’s so much to learn that we didn’t have enough space in the magazine to cover it all. After reading our feature story on Dodo Pizza, I hope you’ll check out the extended bonus Q&A with Fedor at PMQ.com/digital. This is one Russian revolution you won’t want to miss.