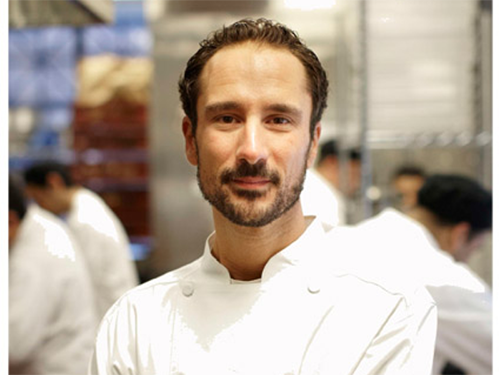 Veteran chef Chris Macchia has always wanted to create and execute his own restaurant concept. He is now being able to fulfill that dream with his latest endeavor- Pizza Bar.

Chicago's known for the city's deep-dish and square-cut thin-crust pizzas, but now Chris Macchia and Rich Labriola want to introduce the city to a third iteration. Diners will have their chances to try their ciabatta-crust pizza when Pizza Bar opens in June in Oak Brook.

Macchia met Labriola (who sold his namesake baking company) about five years ago, but his "fixation" on pizza began in culinary school and continued at Coco Pazzo, which used a wood-burning oven. While Pizza Bar's coal-fire oven won't reach as high of a temperature, Macchia believes it works better with Labriola's pizza dough. Pizza Bar will serve the signature ciabatta crusts, as well as "lighter" deep-dish and thin-crust pies. This is not your typical neapolitan pizza joint, Macchia stressed.

Read more about this revolutionary innovation in the pizza industry.