Supersize Me: The Moneymaking Power of the D.C. Jumbo Slice - PMQ Pizza Magazine 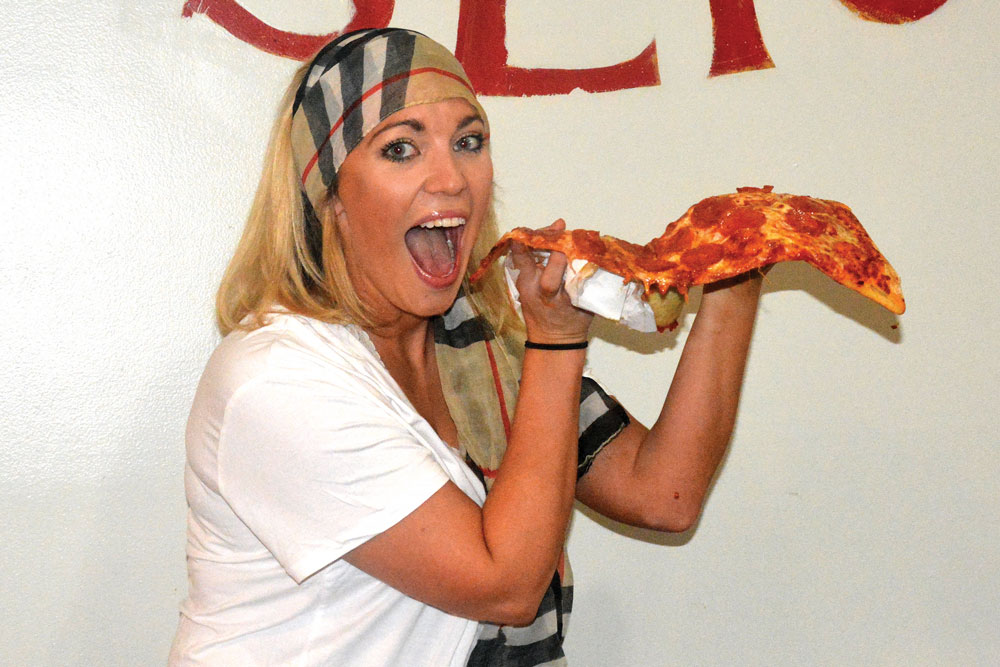 If you’re looking for a specialty pizza that will put you on the social media map, think big—really big.

Pizza shops in Washington, D.C.’s trendy Adams-Morgan district have found the secret to getting free publicity on Instagram is to sell pies that customers want to take a picture of. Packed with bars, restaurants and boutique shops, the neighborhood is a magnet for millennials who party hard into the night and end up famished. They want something filling and greasy, and they want it fast.

And once they’ve tried a jumbo slice from late-night operations like Pizza Mart and Jumbo Slice, they pull out their smartphones and start snapping pictures.

It’s hard to say who invented the jumbo slice, and the style isn’t peculiar to Adams-Morgan or even D.C. itself. Koronet Pizza, located in New York’s Morningside Heights neighborhood, has been selling 16-inchers since it opened in 1981. But Pizza Mart owner Munir “Mike” Chisti is quick to take credit for introducing it to the Adams-Morgan culinary scene.

Chisti says he made his first oversized pie after discovering a mangled dough ball left behind by a busy employee one night in 1999. “Instead of wasting it, we combined it with a fresh dough ball and made a huge pizza just for an experiment,” he says. “We cut it into slices, and when people saw the slice, they could not believe their eyes. And we said, hey, that’s not a bad idea. So we tried it again, and it kept expanding. Now we have to use a custom-made screen for a 34” pizza.”

Made in the New York style, the jumbo slice—typically measuring between 14” and 18”—usually comes topped with just cheese or pepperoni. Customers snap photos of their pies, which are often bigger than their heads, and post them on Instagram and other social media platforms, creating instant buzz for the pizza shops.

The slice is so popular, Pizza Mart serves between 900 and 1,200 people a night on weekends, according to Chisti, who recently opened a new location near Catholic University. The plus-size slice even landed Chisti on an episode of the Travel Channel’s Food Wars.

One jumbo slice is enough to satisfy even the hungriest party animal, but some customers feel the need to challenge themselves, Chisti says. “I have a picture of a gentleman from Massachusetts who had three jumbo slices in 20 minutes.”

He recalls another young man who was determined to scarf down four slices. “He finished two in 35 minutes, and after that, he kept trying, but he could not eat a third slice. Finally, I gave him some water and said, ‘You know what? Just give up.’”