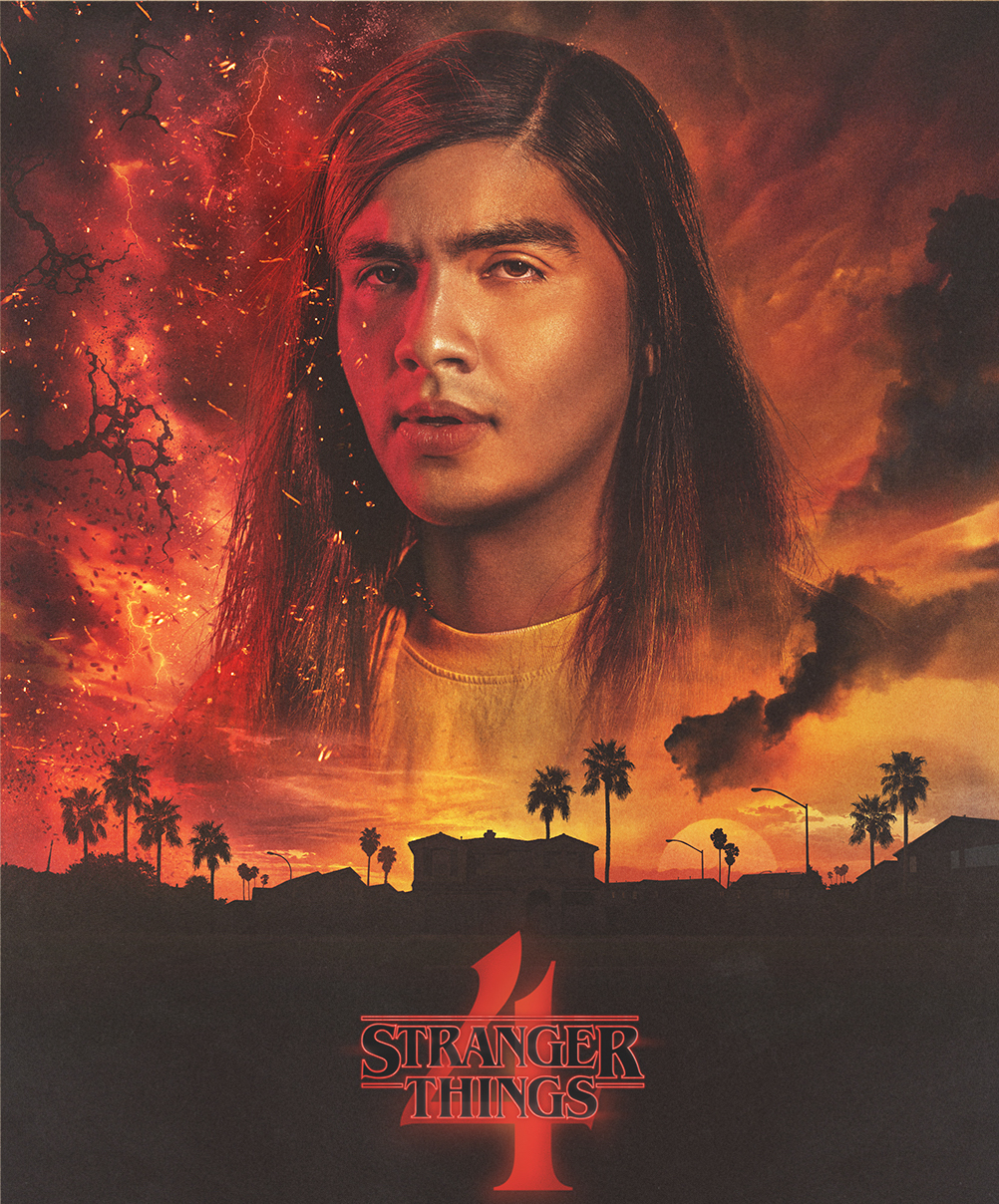 Most fans of Netflix’s “Stranger Things” probably know that Surfer Boy Pizza, a chain featured prominently in season 4, doesn’t really exist. But, good news, my dudes: There’s a new line of frozen pizzas that at least tries to capture some of Argyle’s handcrafted magic.

Frozen pizza manufacturer Palermo’s has unveiled the Surfer Boy Pizza, complete with rad branding from the hit show. The website even features an image of the long-haired, uber-mellow Argyle, who gets pulled into a deadly mission to rescue Eleven and defeat Vecna, this season’s villain from the Upside Down realm.

Headquartered in Milwaukee, Palermo’s offers frozen pizza brands like the Screamin’ Sicilian and Urban Pie. The company recently unveiled a line of four Surfer Boy Pizzas at Walmart. Options include the Pepperoni, Multi-Meat, Pineapple Jalapeno and the Supreme. “The thick crust is crispy on the outside and airy on the inside,” the company claims on its website. “You’ll think it was hand-tossed by the Surfer Boy Pizza dudes themselves.”

Writing for Delishably, Charles Kikas gave the Pineapple Jalapeno pie a try. Unlike Eleven, who sampled a similar pizza in the season finale of “Stranger Things,” he was not impressed. “My first bite was disappointing,” he wrote. “In my humble opinion, this pizza lacked any flavor other than pineapple. The crust [was]…crispy to the point of being dry. The cheese had the taste of decent mozzarella, but it was also very bland. The majority of the flavor came from the sweet pineapple, which took over everything. The jalapenos had absolutely no flavor or heat whatsoever.”

Kikas’ final verdict: The pizza “was terrible.” He added, “As far as frozen pizza goes, this particular one is definitely ranked at the bottom of my list.”

In a review of the Surfer Boy Pizza for Mashed, Helena Nichols disagreed with Kikas—sort of. She opined that the Pineapple Jalapeno version “wasn’t half-bad. The pineapple was juicy and tangy. The sweetness and tang played off the natural saltiness of the pizza. Unfortunately, this meant pineapple was pretty much the only flavor we could taste. The jalapenos were so mild we couldn’t make them out…they had no flavor whatsoever.”

“The Supreme pizza wasn’t terrible,” she added. “It came loaded with toppings, which were all nicely distributed. The problem was that they didn’t always have much flavor. Neither the pepperoni nor the sausage had any zest or kick behind them, and the mushrooms and onions were barely noticeable.”

That’s just two opinions, of course. Surfer Boy Pizza has its share of enthusiastic fans, too, and they’ve taken to social media to sing its praises.

One Twitter user tried the Multi-Meat version and called it “crazy good,” while another praised it as “absolutely fantastic” and “my new favorite frozen pizza.” 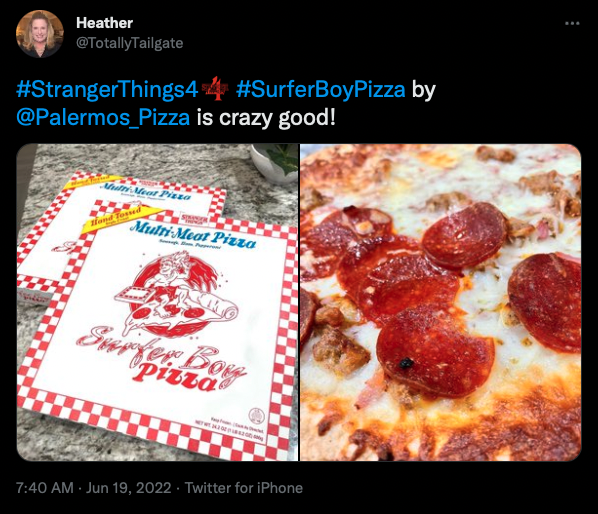 Twitter user SweetPeach isn’t even a fan of the pineapple-jalapeno combo, but she was still wowed by the pie when she tried it out. 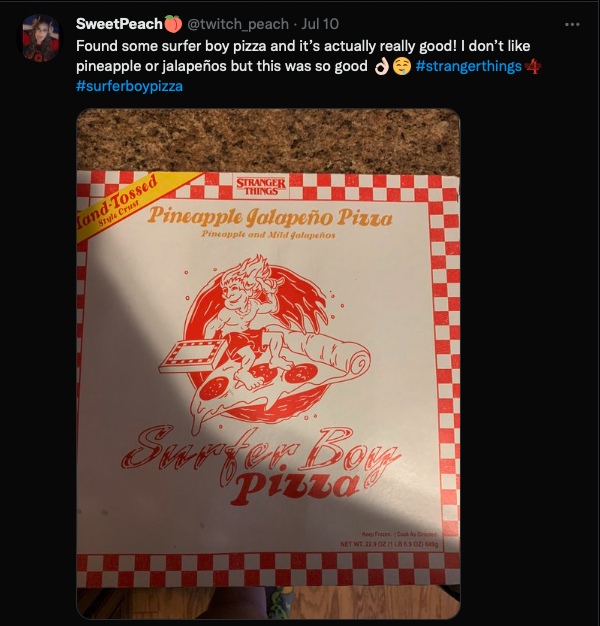 It remains to be seen whether Argyle will return for the next season of “Stranger Things,” but if he does and if he survives another rampage by Vecna, maybe he’ll open a Surfer Boy Pizza store in Hawkins?