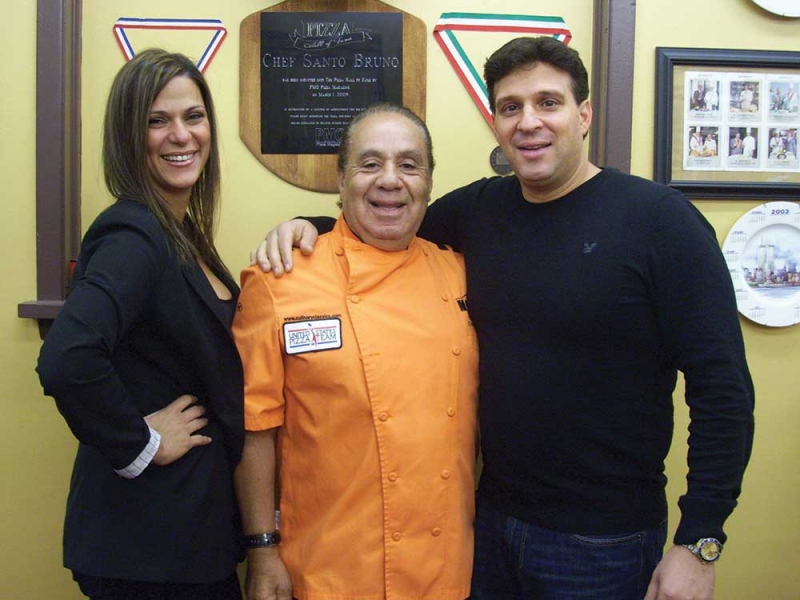 When Joe Bono’s grandfather, Giovanni, came to the United States from Sicily in 1955, he brought nothing with him but a pocketful of old-world recipes and a dream of success in America. He used the former—plus a lot of hard work—to achieve the latter, and a family tradition that persists to this day was born.

Giovanni arrived here with two of his sons, but he’d left his wife and three more children behind until he could get a job and settle in. “The beginning years were rough for his family,” Bono recounts. “They made it through the hard times, though, and opened a pizzeria in Islip, New York, in 1959.”

It would be the first pizzeria in the family, but not the last. “The family started doing well, and my grandfather brought his wife and the rest of his children here,” Bono says. “Feeling the strength of having all of his children and his wife together now, he started opening one pizzeria a year until all of his sons owned one. At the time, my mom was a little girl working behind the counter and cooking with my grandmother in the kitchen. She was very young, but she would still hop from one of the four pizzerias to another to help her brothers.”

Bono’s mother eventually returned to her native country and married an Italian man. Before long, the newlyweds headed back to the States and launched their own pizzeria in Plainview, New York. Bono himself was making pizzas by the age of eight and opened his first pizzeria in Copiague, New York, while a sophomore in college. “I also met my future wife in college, and we worked together, juggling the pizzeria and classes. After graduation, we got married and worked hard every day to expand our business.”

Now Bono’s two daughters help out at the family-owned Spasso Pizzeria. “Our oldest, Susie, started making pizza at the age of 10—she likes to think she makes it better than her dad,” Bono says, with a smile. “Our youngest daughter, Maria, also loves coming to the pizzeria and making boxes and ringing up customers.”

All in all, Bono and his wife have operated five successful pizzerias over the years. “My destiny was written for me,” he says. “Every day I go to work feeling blessed with the job God has chosen for me. I can’t believe I have a job that I love so much. Making a living at it is just an extra bonus.”