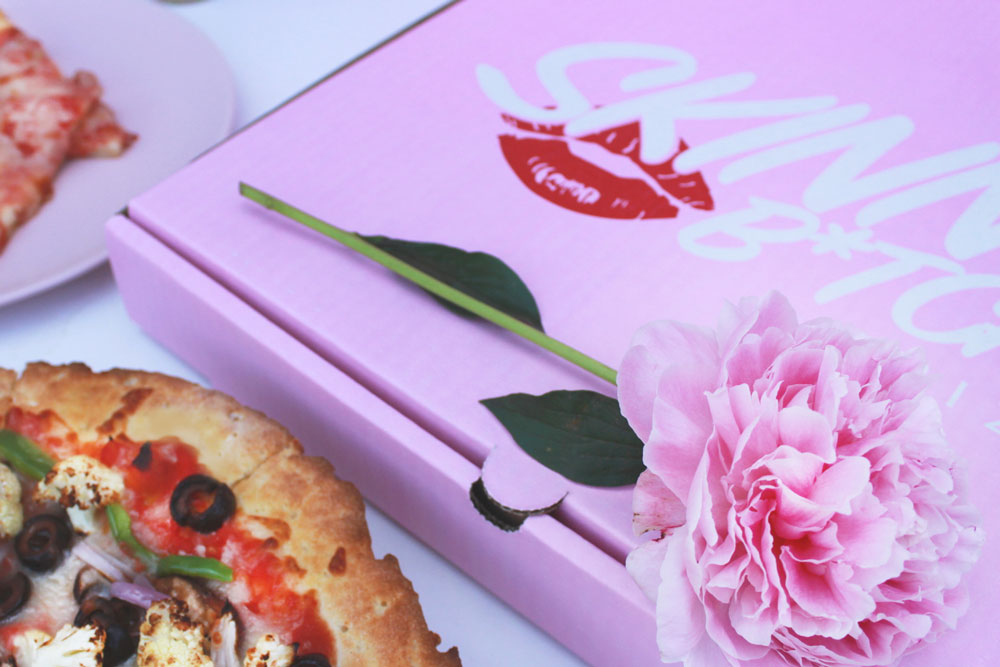 Founded by Tiffany Fiedler in May 2017, Skinny Bitch Pizza looks very different from a traditional pizzeria—it certainly gives new meaning to the expression, “pretty in pink”—but the concept makes sense in light of current trends. In fact, Fiedler was a bit ahead of her time. From the start, her virtual brand has operated out of a ghost kitchen in Los Angeles and provided online ordering and delivery through a third-party company. Every pizza is made with a vegan cauliflower-based crust, and the meat toppings are mostly turkey versions of sausage, pepperoni and bacon, plus a vegan cheese pie called The Lauren.

Then, there’s the hot pink branding and the catchy name that no one’s likely to forget. Shortly after Skinny Bitch Pizza opened, PMQ talked to Fiedler about why she launched the concept and how it works. Due to the concept’s continued relevance and staying power, we’re revisiting the interview as a reminder of the power of virtual kitchens and strong, female-friendly branding.

PMQ: What was the inspiration behind offering only cauliflower-crust pizza?

Fiedler: I’ve been eating gluten-free since 2012, and the one thing I couldn’t replace was pizza. Unless you find someone who specializes in gluten-free pizza, it’s hard to find a good one. When the cauliflower craze hit, I thought it was such a great low-carb option. So the goal was to figure out how to make a recipe on a larger scale that was gluten-free and low-carb. It’s still something we’re trying to perfect. If you’re a pizza chef, you get to copy and paste the methods of other pizzerias that have been around for hundreds of years, but we’re still experimenting every day. 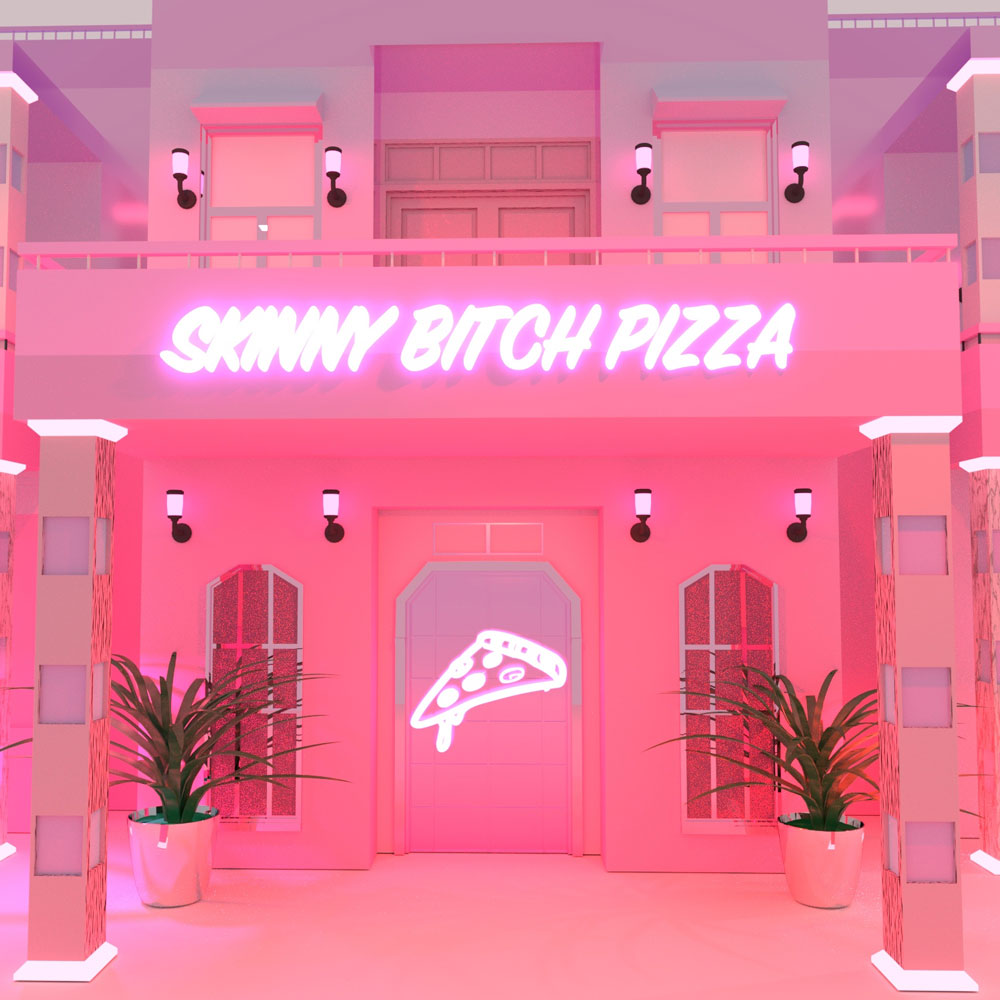 PMQ: How much longer does it take to make a cauliflower pizza than a flour-based pizza?

Fiedler: At this point, our production is probably almost the same. The cauliflower itself takes a little more time because the process of pureeing and dehydrating takes a long time. But the rest of the process, where we add a combination of gluten-free flours into the mix, takes about the same amount of time.

PMQ: Do you have a background in pizza?

Fiedler: My dad worked in a Cleveland pizza shop during middle school and high school, so growing up, the family always made pizza from scratch. We always had to search for the perfect pan and cook the pizza in a certain way. I forgot that’s not what every family does. Having that background made opening up this shop a lot easier.

PMQ: How does your dad feel about your cauliflower crust?

Fiedler: I think it’s done him proud. Of course, he makes fun of me for being gluten-free. He refuses to eat anything that’s gluten-free and won’t admit that any of it tastes as good or better. He’ll always prefer his Cleveland pies, but he admits my cauliflower pizza is a good product, and he’s proud.

Fiedler: They cost more because we’re not printing them on a mass scale. But the idea is, we’re delivery only. We don’t have pick-up or sit-down, so we wanted to put more time and consideration into the delivery experience. We want customers to be excited when they receive it, and maybe the drivers will handle the box more carefully if it’s pink, too. 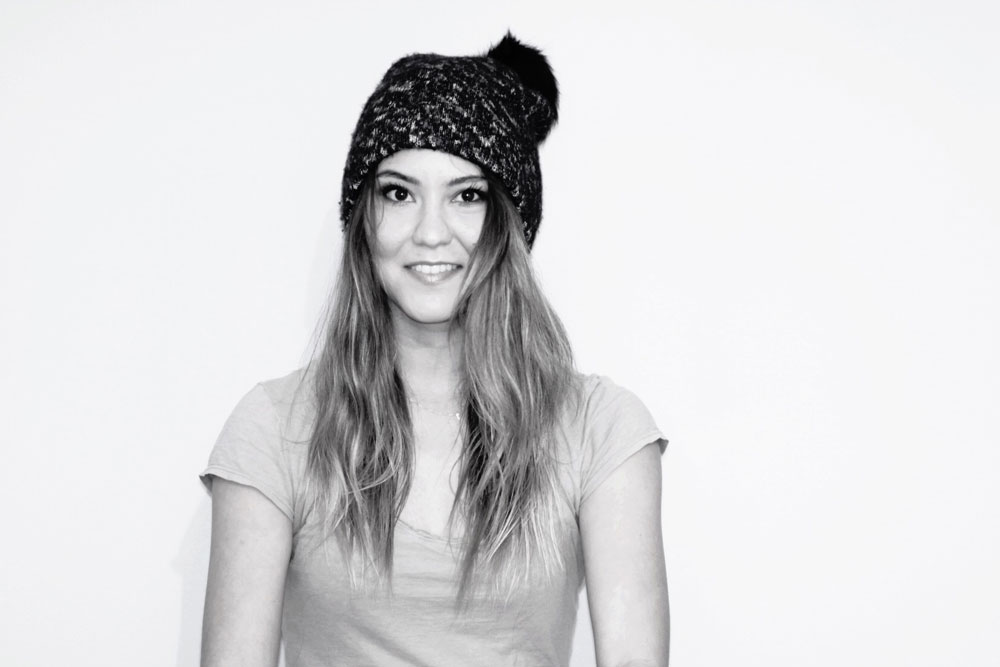 PMQ: With the pink boxes, is your customer base mostly female?

Fiedler: Originally, I was just choosing my favorite colors for everything and ended up choosing pink pizza boxes. I think we made a conscious choice to focus on the female demographic, but when we opened, if you look at our customer log, it’s pretty split. I think a lot of that has to do with the fact that people eat a lot healthier, especially in L.A., and that’s going to be an equal distribution of guys and girls. I don’t know if guys would mind the pink boxes if it was a sit-down restaurant, but it’s delivery.

PMQ: Why do you only offer online ordering and delivery?

Fiedler: I wanted to make a smart investment to see how this goes—to not have a front-of-house, sit-down, wait staff, dishes, etc. Also, pizza lends itself to delivery. It’s gone really well with this delivery-only concept, and I’d rather have another delivery-only location than to expand with a front-of-house. Also, our brand is very young, and it appeals to a lot of young people who are more inclined to order delivery than to go to a sit-down.

PMQ: What has been the overall response from your customers?

Fiedler: I get a lot of people asking, “Are you sure this is cauliflower?” Overall, I think if people are willing to experiment and try us out, we usually win over customers. But there’s usually an initial barrier of people wondering, “Is this real?”

PMQ: Why did you decide to use a third-party delivery service?

Fiedler: It all goes back to the labor. Hopefully, we can make a successful business while using the fleets of all these other platforms. So far, it’s been working really well, so I don’t see us having our own fleet of delivery drivers.

PMQ: Where is Skinny Bitch’s kitchen?

Fiedler: There are 20 kitchens inside this place called CloudKitchens. It works great, because the kitchen workers cook, and then when the food is ready, the facility has a processing team that makes sure the orders go to the appropriate drivers who are waiting to take deliveries. We can just focus on the cooking and getting out the deliveries as fast as possible.

PMQ: What has surprised you most in starting your pizzeria?

Fiedler: It’s surprised me how many guys have ordered from us and contacted us. Everyone is very health-conscious now, wanting to know exactly what’s in their food and how many calories it has. I think more and more you’ll see restaurants adopt behaviors of sourcing ingredients [carefully] and trying to do as much from scratch as possible.

PMQ: Are you looking to franchise the concept?

Fiedler: Right now we’re just focused on L.A. We have a list of inquiries, and we’ll have those if and when we’re ready for that. We’re talking about doing another location that would have a pickup window because we do get a lot of requests for pickup from those who are outside the delivery area. 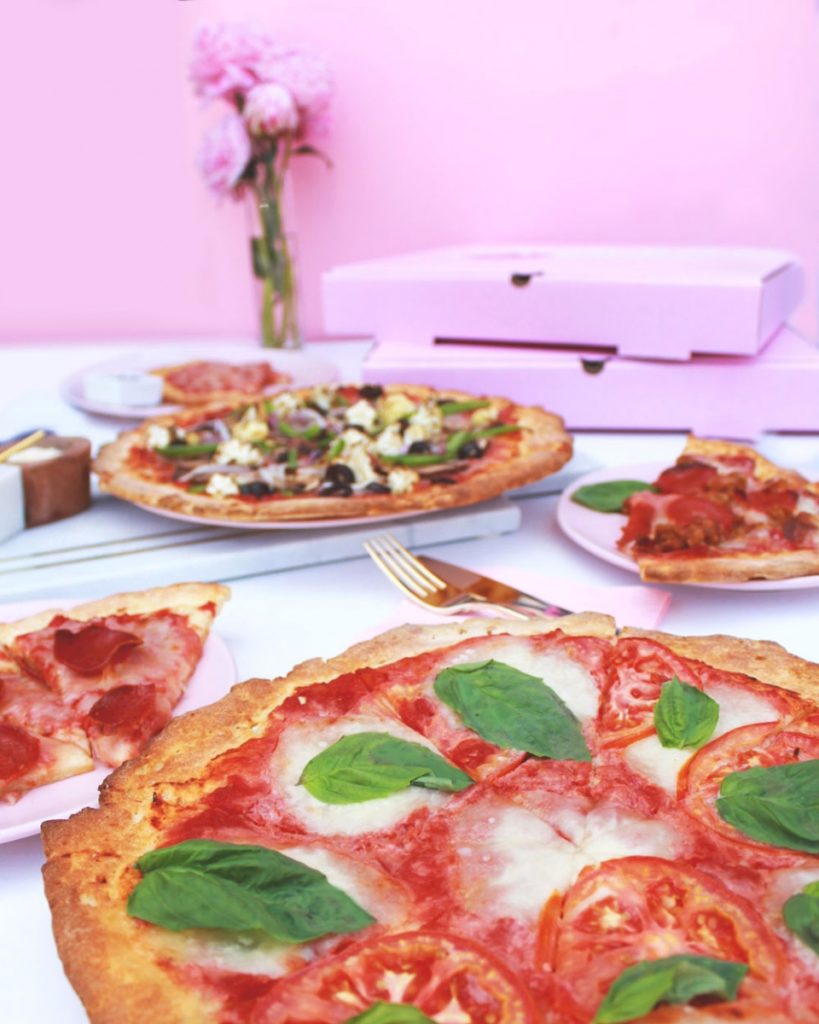