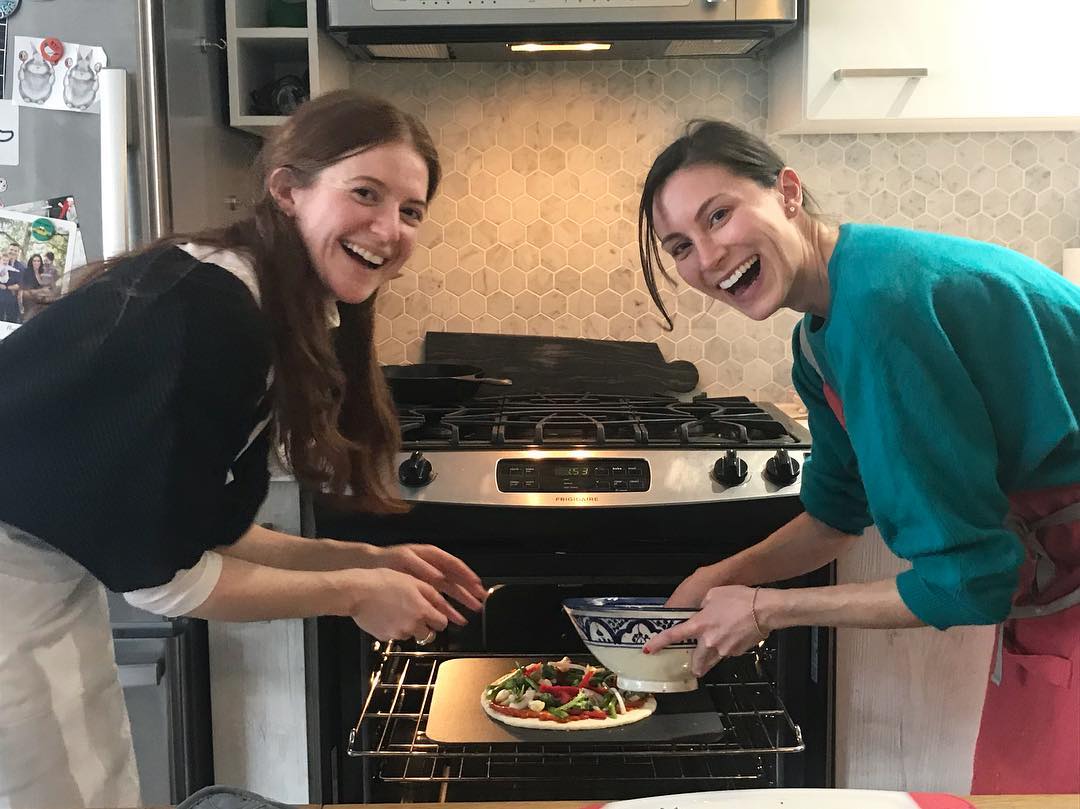 Jane Katz and Jessica Smith are the co-founders of Scraps.

Around 30 to 40 percent of all food in the U.S. is wasted daily. The United States Department of Agriculture’s Economic Research Service estimates the food loss in 2010 to be approximately 133 billion pounds and $161 billion in value on consumer and retail levels.

USDA said that this amount of waste has far-reaching impacts on society, including needy families that could’ve eaten the food that instead went to landfills, and the amount of land, water, and energy that went into producing, processing, transporting, preparing, storing, and ultimately discarding of said food.

The organization defines food loss as “the edible amount of food, postharvest, that is available for human consumption but is not consumed for any reason.” This includes cooking loss and natural shrinkage, loss from mold, pests, or inadequate climate control.  However, according to Scraps, a frozen pizza company, there is another factor: unmarketable produce.

Smith hails from Seattle and worked as a lawyer at BigLaw in New York City for several years before deciding to pursue her passion for tackling food waste and social capitalism.

“I had been interested in the food waste and frozen space for a while,” Smith said, “and finally took the leap when I met my now co-founder Jane Katz. Jane previously worked at Martha Stewart and Food52. Our backgrounds and passions complemented each other so we decided to start Scraps.”

After nearly a year of testing recipes and gathering advice from producers to manufacturers in the food industry, they launched Scraps at R&D Foods earlier this year. Since then, they’ve grown to several stores all over New York City including Brooklyn Fare, Sahadi’s, Greene Grape Provisions, Windsor Farms, Mekelburg’s, and Clover Grocery. Scraps is also available online through Our Harvest and Mike’s Organic Delivery.

“We had so much help, big and small, along the way,” Smith said. “The food space is full of similarly passionate people who are excited about the issues we’re talking about, and we’ve found more often than not people will meet with you, share their knowledge, and offer their encouragement and support.”

They source local produce from Baldor Foods and Hudson Valley Harvest, depending on the season or produce availability. These produce distributors work with independent farms.

“We spoke with farmers to determine which produce items are commonly left on the field,” Smith said. “And then we developed our own recipes from there. The produce we use may be blemished, shaped funny, or items we’re not used to consuming, but it tastes 100 percent delicious.”

“The imperfect produce is slightly cheaper,” Smith added. “However, because of the harvesting labor and transportation to New York City, it’s not a significant discount.”

The Red Pizza is the co-founders’ take on the iconic red sauce. “It’s actually Romesco sauce with roasted peppers instead of a marinara,” Smith said. “We add smoked paprika and sherry vinegar to our recipe, which imparts a really delicious, nuanced flavor while still retaining the comfort of a classic red sauce.”

The Green Pizza is their best seller, and is Smith’s personal favorite.

“It’s different from most pizzas you’ve ever tried,” she said. “We make a pesto out of broccoli leaves, so it has a zesty, bright flavor which is perfectly balanced with a pillowy crust and oozy cheese.”

They have several more flavors in the works, but their overall goal with pizza is to spread the message.

At the heart of Scraps, consumer education is key. The co-founders see their pizza not only as a delicious product but as a platform to begin a conversation on food waste. Smith said they hope the customers will think differently about what produce they are eating and how they can help influence the market. Scraps hopes that more pizzerias and food companies will embrace this cause so the wasted foods will end up on more plates than landfills.

“The more we expand, the more we can deliver on our mission to minimize food waste and raise awareness about the issue,” Smith said. “Not to mention, offer people a better frozen pizza too! We plan to grow our retail locations over the coming years. Currently, the prices and logistics of shipping frozen pizzas are a challenge, but we are definitely interested in offering that option to our out-of-state fans.”

As the young company continues to grow, food waste reduction is one of the hottest trends of 2019 according to the National Restaurant Association.  With this in mind, the future of Scraps seems promising.