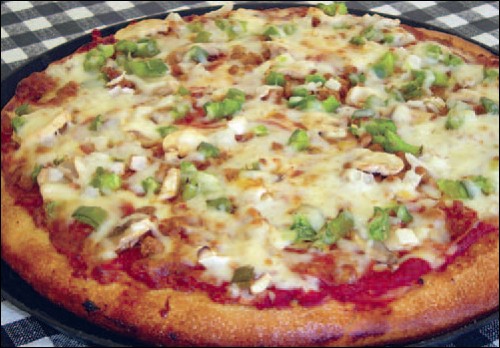 Everyone seems to love pizza and there is no reason why it cannot be light and low fat. Pizza can be created to suit just about anyone's taste. Several kids' pizzas were developed for a national chain, including peanut butter and jelly with garnish options of banana chips, raisins, chocolate chips and marshmallows. (Yuck!) Another recipe I developed appeared in a foodservice magazine; Pasta & Pizza. This was a Mystic Spa Pizza with colorful vegetarian toppings. The beauty of a pizza is that it's all in the crust and that crust is yet another blank canvas to yield up an art form. The choice of toppings is up to you.

I developed this concept for Cal-a-Vie Spa in California and then again for Pizza and Pasta Magazine in 1993. The header read "This is a mystical pizza because it tastes so good and is low in fat, calories and cholesterol…another twist is that the is the fact that the cheese is in the crust rather than on the top." I shared it and other culinary concepts with pizza operators and aficionados at the first Italian-American Foodservice Show in October 1994 in Las Vegas, where I was a judge and demonstrator. 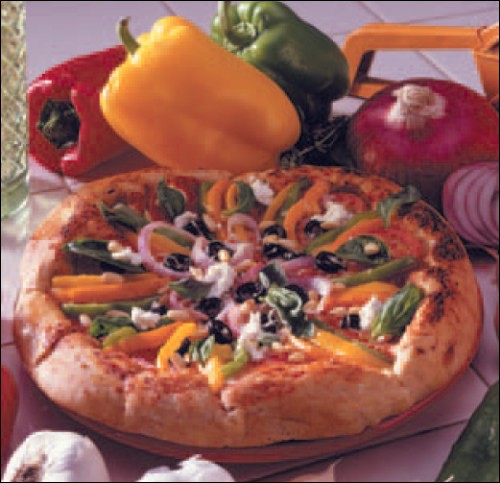