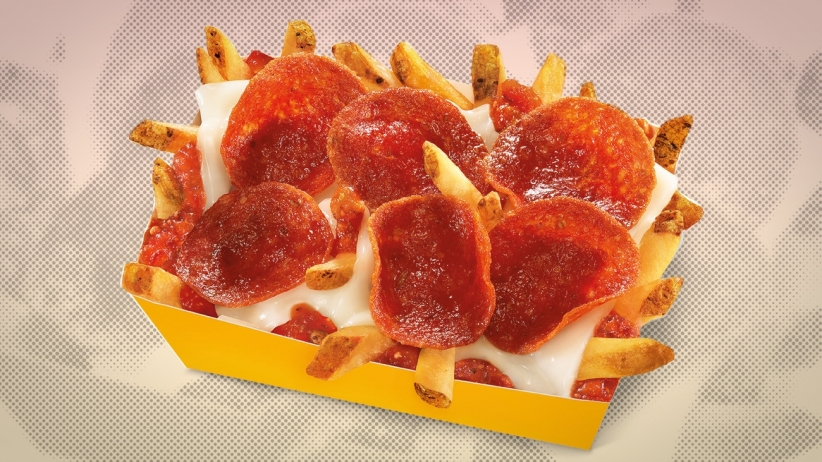 This Mansfield, Ohio, third-grader made herself a hero by drawing her hero in a contest that earned her entire class a pizza party. No ordinary pizza however, but pies delivered by PMQ Pizza Hall of Famers, Donatos, based in Columbus. Tech geeks can party at the deal Canada's Pizza Pizza is offering — a free slice to customers who drop off eligible electronic devices at any of its participating stores throughout the month of April.  And here's a tip for those contemplating a gay wedding party: Scrubs buds Zach Braff and Donald Faison have volunteered to make up for Memories Pizzeria opting out of the gay wedding market. They'll come to Ohio and personally bake the perfect pie for your same-sex nuptials.

In Chicago, at least six new fast-casual pizzeria chains have invaded my kind of town. From the Second City to the the Big Apple, New York Times food writer Suzanne Lenzer cites some tips and trips to make your homemade pizzas tastier and easier. And if authentic and nutritious don't float your boat, Carl's Jr. is offering Pepperoni Pizza Fries fattening enough to sink your diet and torpedo your waistline.

So you admit you're a pizzaholic and lazy to boot. A new high-tech gadget called PizzaTime orders your favorite food for you and then tracks the time it takes to get delivered. Deluca's Pizzeria Napoletana in Hot Springs National Park, Arkansas, auctioned off two $600 black and white truffle-laced pizzas to benefit Arkansas Children's Hospital.

When in Rome — make great pizza. Nunzio DeTommaso, lifelong pizza lover and owner of Gravina, grew up in Italy and now he's brought authentic Roman-style pizza to his new home in Connecticut. Houston might be better known for brisket and barbecue, but the recently opened Pizaro's Pizza offers another option — really good Neapolitan pizza.