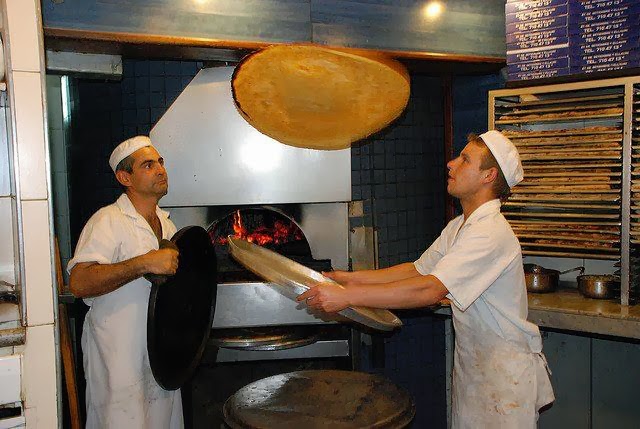 To sign up for the live chat, you must be a member of the Think Tank. It is free to register at thinktank.pmq.com. If already a member, just sign in and look for the video module next to the Shout box where you can type in questions for Peter Reinhart.

Peter Reinhart is the author of ten books, including the winner of the International Association of Culinary Professionals (as well as James Beard Foundation’s) Book of the Year Award for The Bread Baker’s Apprentice (2002). His most recent book, Bread Revolution, was released in October, 2014.

His books have also won two other James Beard Awards: Peter Reinhart’s Whole Grain Breads: New Techniques, Extraordinary Flavor (2008), and Crust & Crumb (1997).  Another book, Peter Reinhart’s Artisan Breads Everyday, was nominated for yet another James Beard Award. His other books include the best selling, American Pie: My Search for the Perfect Pizza (2004), and in 2012 he released, The Joy of Gluten-Free, Sugar-Free Baking.

Peter is the full time Chef on Assignment at Johnson & Wales University in Charlotte, NC, where he teaches courses on baking, as well as on food and culture. In addition to writing and teaching, as the owner of Reinhart Culinary Development Peter is also a product developer and consultant for a number of major international food companies, appears regularly television and radio shows, is a culinary and keynote presenter at conferences around the world, and is also the host of the popular video website, PizzaQuest.com. He is the consulting partner at Pure Pizza, Charlotte’s first organic, farm to table pizzeria, and also serves on a number of local non-profit boards, including The Seventh Street Public Market, and also The Community Culinary School of Charlotte, a training program for people who have experienced barriers to employment.